Ever since I heard Men At Work’s 1981 runaway hit, “Down Under,” I have been fascinated with the yeast extract, Vegemite, and sandwiches made of it. I was 9 years old, though, and the internet, much less Wikipedia, was a distant glimmer in other peoples’ eyes. I had no idea what these cats were on about until much later in life.

Fast forward through high school, college, and early adulthood as my cooking experiments began in earnest. I learned that Marmite is British, and very similar to Australian Vegemite, and much more recently I began purchasing it at World Market. Oddly enough, I haven’t purchased any Vegemite yet, even though it has been in the back of my brain since I was riding a dirt bike and wearing short shorts. It’s a mystery…

… As is the flavor[u]r of Marmite. Describing it to someone who has never tasted it is difficult. It’s beefy, salty… yeasty? Basically, it is an umami bomb. A delicious, delicious, potent umami bomb.

I have used it in a chicken glaze, stir fry, and with sharp white cheddar on sourdough, grilled to perfection, and… aaaaaaaah… drooooool… 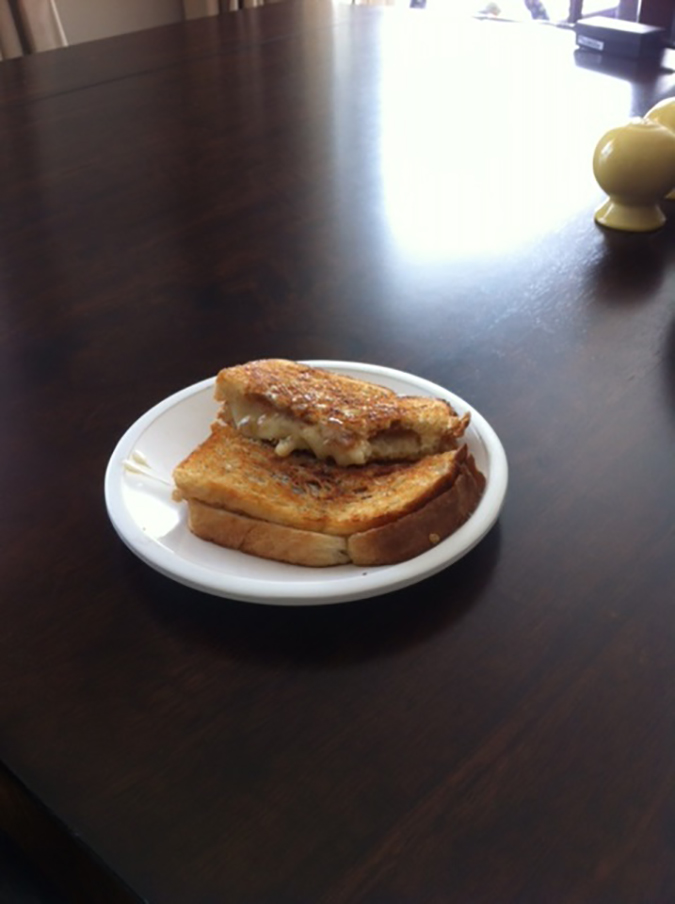 … SWEET GHOST OF THE PANINI GOD, that looks tasty!

“I said, ‘do you speaka my language?’ He just smiled, and gave me a marmite sandwich.”

In your face, Men At Work!

A month or so ago, a Marmite recipe from Nigella Lawson popped up on my Twitter feed. It is so simple it is stupid, one of those, “if you can boil water” sort of recipes. I make it for lunch almost every Friday these days. Do you have dry spaghetti in the pantry? Check. Parmesan cheese, and butter in the fridge? Yup. How about Marmite? Get to the store, then! 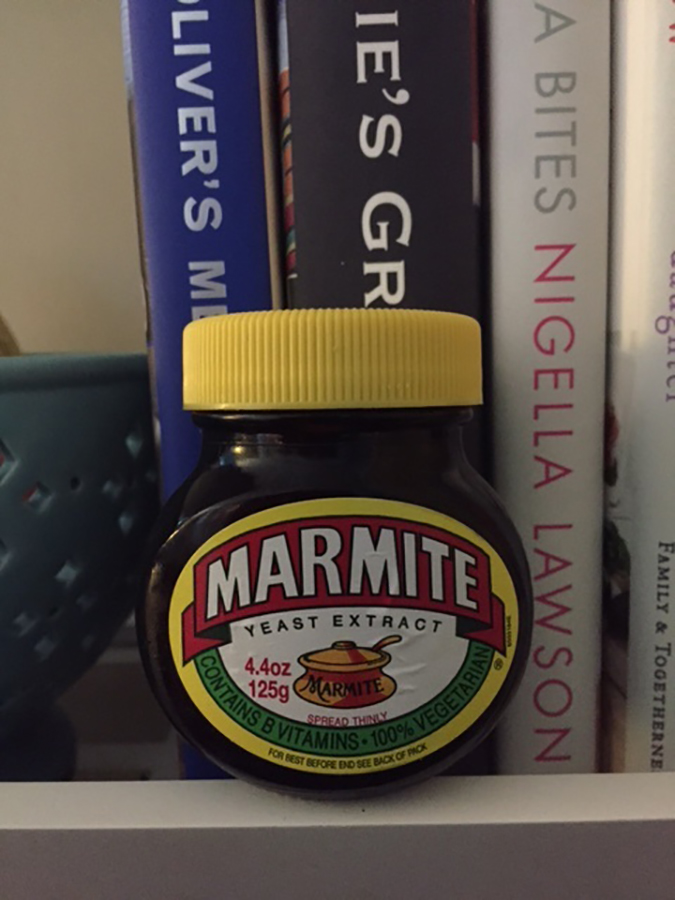 Anyway, the recipe is called Spaghetti with Marmite (weird!), and you can read all about it at the link. I truly hope Ms. Lawson is ok with me talking about it here. Basically, you boil water, throw spaghetti in, and while that is cooking, you melt some butter & Marmite down in another pan. You can thin out the Marmite mixture with a little of the spaghetti water if you like (I usually do). Once the spaghetti is the way you like it, drain it, and mix everything together.

It’s so, so easy and tasty. I can’t guarantee this is correct, but I don’t think I have made spaghetti with a tomato sauce (and I make one helluva a tomato sauce) since making the Marmite connection.

As I am wont to do, though, I couldn’t leave well enough alone, and I started tinkering. I added red pepper flakes (eh?), balsamic vinegar (all kinds of nope). Then it hit me. With its best shot.

My experimentations with spaghetti and Marmite started on Twitter, and I also follow a North Country, Minnesota purveyor of free-range, organic, happy eggs called Locally Laid Eggs. All of their chickens are named “Lola.” Of course.

I have tried it poached and over-easy, and let me tell you brothers and sisters, it matters little as long as it is yolky. Make the spaghetti, mix in your Marmite goodness, and then slap your egg on top. Sprinkle on some chives, and voila! 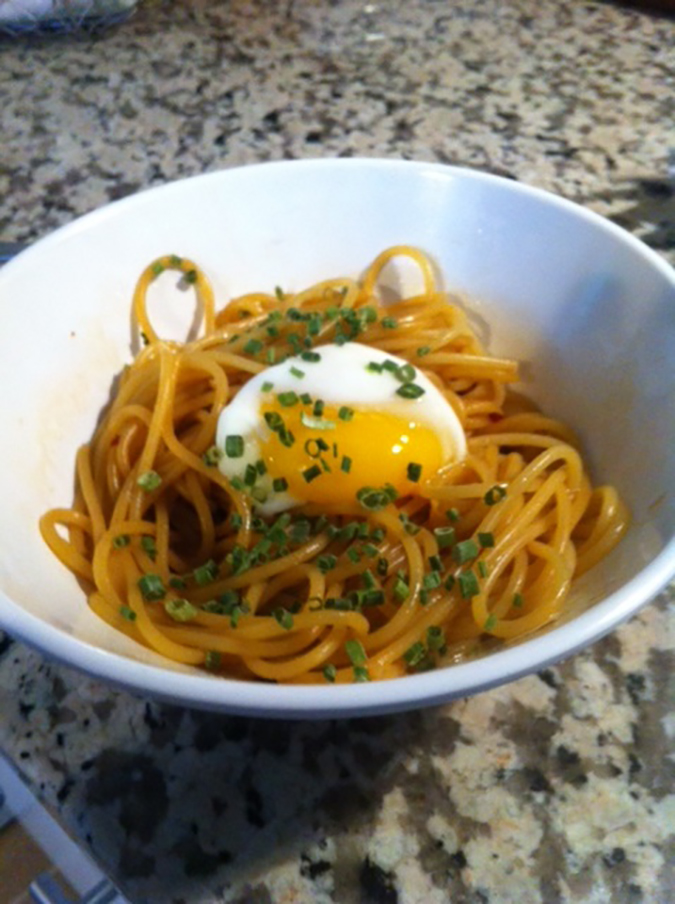 The saltiness of the Marmite teams up with the lusciousness of the yolk, and just binds it all up into one amazing bowl of food. It is rich and complex, satisfying, and dead-bang easy to make. What’s stopping you? Give it a whirl.

Oh, and just in case you’re feeling the dish, here’s a playlist inspired by Marmite! 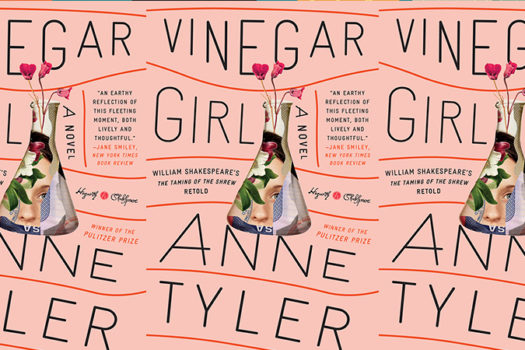 On Our Bookshelves – Vinegar Girl