Have I resisted Brandi Carlile for the past couple of years? Maybe. Well, yes. Was it justified? If The Firewatcher’s Daughter is any measuring stick, and it is, then the answer is, “nope.” What was I thinking?

Resisting The Firewatcher’s Daughter is like trying to ignore a force of nature on your doorstep. Fire, water, and hurricanes being thematically important to the album, this should hardly be surprising. Immediately, I was reminded of Amy Ray, another artist who means business at any volume.

Reading Bill DeVille’s review on TheCurrent.org, I am inclined to agree on how The Firewatcher’s Daughter kicks off with “Wherever Is Your Heart.” It is gospel, pure and simple. There is another artist out there today (spoiler alert: it’s Hozier) who is constantly telling you to take him to church, but Brandi Carlile not only takes you to church, she packs the pews, passes around the basket full of shit-kicking rock and roll, and then she lights the place on fire.

“Wherever Is Your Heart” is a swirling, building thing of beauty. It’s not complicated, but it’s the familiarity and honesty of the lyric, “wherever is your heart I call home,” that gives it the power. You’re hooked.

“The Eye” gives the listener a breather, while talking about standing in the eye of a hurricane. 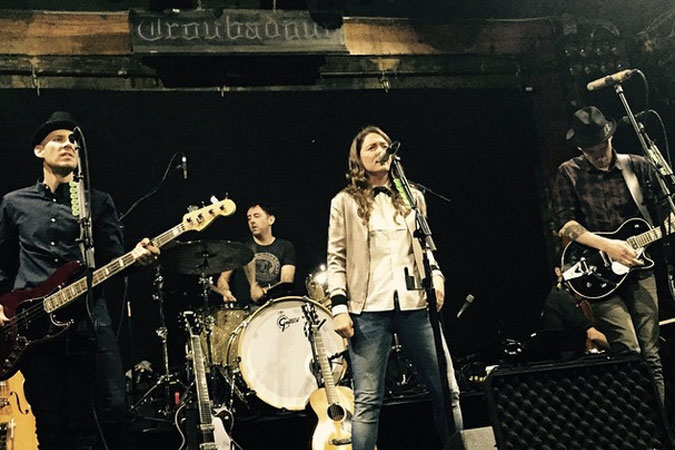 “The Things I Regret” is full-on pop. With flood imagery, and beautiful lyrical sentiment, “for a heart that is broken makes a beautiful sound,” it ends with Brandi and The Twins yelling. Perhaps they know what is up next.

“Mainstream Kid” is a special case. Hearing this track was like hearing Loretta Lynn’s “Have Mercy” for the first time. I thought I knew what to expect, but then the doors get blasted off the hinges. I don’t know what to think, and that is exciting. The breakdown at the 2:35 mark is as good as rock and roll gets.

The Firewatcher’s Daughter takes another breather for another two tracks before amping back up for “Blood, Muscle, Skin & Bone.” There are some simply wonderful background vocals happening on this one. 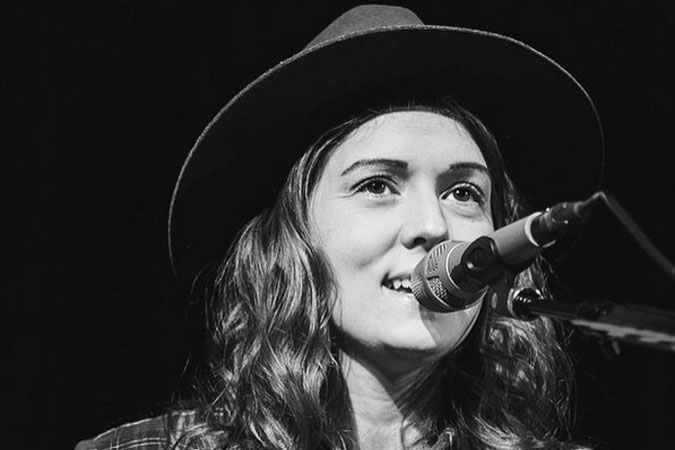 The simplicity of the title “I Belong To You” is misleading. Brandi Carlile packs the song with surprisingly and sometimes startlingly intimate admissions, set to a ghostly pedal steel and cello moaning in the background… until the final seconds of the song when she brings it all back home with the drums. Gorgeous.

“Alibi” serves up a knowing sneer over a garage band racket. It’s close to “Mainstream Kid” in its unexpected gut-bucket bombast.

The best song comes late at a complicated moment in the album. Track 10 is “The Stranger At My Door,” and I’ll be damned if it isn’t an album capper for the ages.

“An all-consuming flame that refines and new begins. It’ll take your family heirlooms, but it can take your darkest sins.”

“It’s a good ol’ bedtime story, give you nightmares ‘til you die.”

This isn’t a campfire song here, folks. It’s all hell, damnation, and maybe a sliver of redemption in the end, worthy of the Nick Cave school of drama. With talk of Gehenna, the listener has to wonder just who the firewatcher is, and if “there is no hell for a firewatcher’s daughter,” why not and who is she?

Heady stuff already, but then at the 2:43 mark, Carlile destroys you with one of the most satisfying song endings of all time – a distorted, completely crazy quick rendition of “When Johnny Comes Marching Home.” Holy shit. Church is out as the guitar buzz fizzles to an uncomfortable quiet.

I mentioned that “The Stranger At My Door” comes at a complicated time on the album. It is an absolutely perfect album closer if you want to go out on the most dramatic note possible, and on my first few listens that is exactly what I wanted.

Initially, I was dismayed that there were two more tracks on The Firewatcher’s Daughter after the scorched earth of “The Stranger At My Door,” but then I remembered the idea of denouement in dramatic structure. Perhaps “Heroes And Songs” and Carlile’s cover of the Avett Brothers’ “Murder In The City” are necessary in that aspect.

It’s definitely something to think about, and really, the fact that the listener is thinking about anything, much less issues of damnation and dramatic structure in high art, after the needle comes out of the grooves is something: something special and worth celebrating.

It’s definitely not something to resist.