This week Gloria highlights a big reveal… and a sophisticated cover-up.

On my almost daily one hour walk with my dog this morning I walked through four arrondissements to get home.  I think I saw about six or seven culottes (panties)  on different streets.

Okay, so seeing panties on the street after a weekend or a major holiday is kind of a thing here.  Also, vomit, but I don’t think you would like me to talk vomit and panties in the same sentence.

I asked a few friends about why women leave their underwear on the street, and their comments ranged from “that’s the life” — which is so mignon (cute) — to ché pas which is slang for Je ne sais pas (I don’t know).

Regardless, where are all these great parties I keep missing?

Panties, a funny word.  I secretly giggle every time I hear it but I marvel when I see the culottes (panties) and soutiens-gorge (bras) of Louise Feillère (102 Rue des Dames, 75017 Paris).

And, last but not least, Madame Feuillère carefully selects her silks from Italy and French lace from Calais … so be sure her culottes do not end up on Rue Bonaparte!!! 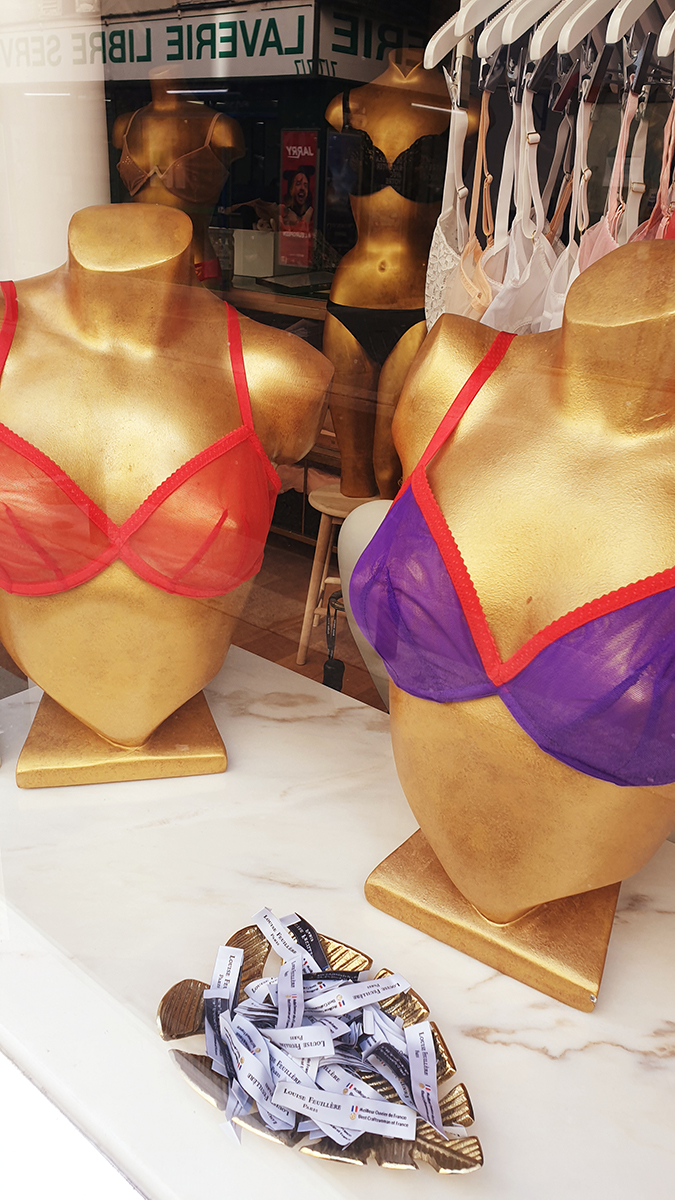