From the way we hear it, Moniqua Plante began performing at a young age, took a break, and then returned to acting less than a decade ago.

From that time on, her star’s been on the rise. She’s nabbed Best Actress awards at the New York International Film Festival and Indie Fest for her role in 2012’s short film “Pillow Talk.” And she’s appeared on numerous TV shows, including “Banshee” (HBO/Cinemax), “The Ghost Whisperer” (CBS TV), “Girlfriends” (CBS TV), “Gilmore Girls” (WB) and “Kath & Kim” (NBC).

The award-winning actress is now currently steaming up the show “Nashville,” where she plays “Natasha,” the sexy love interest of series star Eric Close.

Sad: I was visiting my family and friends up in San Francisco this weekend, leaving is always hard to do. Funny: Was sitting with my back to the boarding area for my flight back from Nashville, and it took them calling my name about four times to realize they were waiting for me. I almost missed my flight and I was sitting about ten feet away. Ahhh yes, daydreaming.

There’s so many! One of my favorites is True Romance. Edgy, dark, funny and after all, love does conquer it.

Moving to Los Angeles to pursue my acting career. 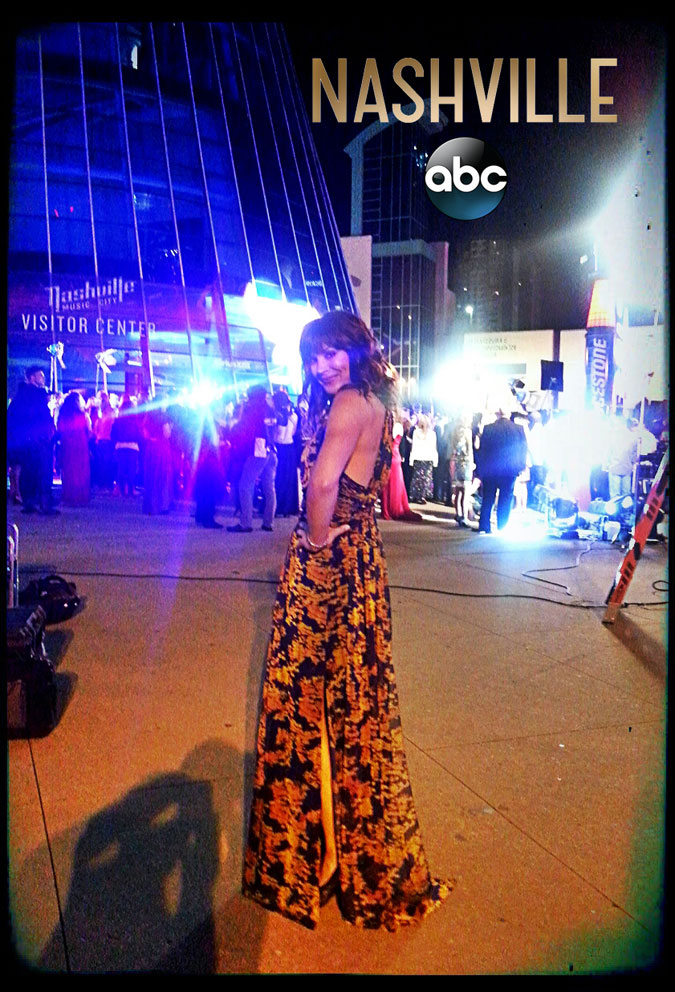 Not one. The mistakes I’ve made are my own and I wouldn’t be who I am today without making all those amazing, terrible and imperfect choices.

It’s dirty and not fit for print.

I’ve been snowboarding since I was a pup, so I’m pretty good. I’m also a certified holistic health and wellness coach.

Trust yourself to be yourself in every situation, listen and learn. As far as acting goes, create your own work!!

I love Angelina Jolie. She’s smart and strong and uses her celebrity to do so much good work in the world and bring those world issues to light.

My new episodes of NASHVILLE start on Wednesday, Feb 25th. Check em out. Natasha is bringing some heat 😉

My wellness and lifestyle website will [also] be up and running soon. 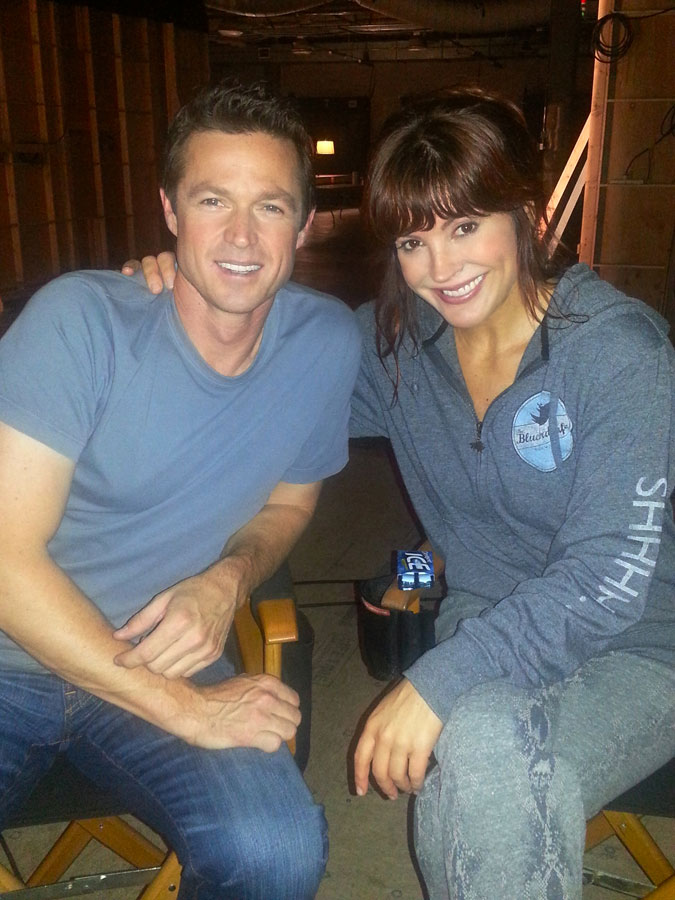 a. When and why did you become an actor?

I started acting when I was about ten years old in the San Jose Children’s Musical Theatre. A friend of mine was trying out for The Music Man and asked me if I wanted to as well. I just loved it! The costumes, the singing and dancing, and playing make believe in front of all those people. It was so much fun. As I got older, I left acting for other various pursuits. I made the choice to get back into acting in college at the urging of a good friend. I love what I do. I am so lucky. It’s my job to show people as they live and storytelling shines a light on those life experiences. No matter what role I play, from a heartbroken assassin or a young mother struggling to keep hope alive, I get to give the audience a chance to feel inspired, form their own opinions and shine a little more brightly in their own lives.

b. We haven’t seen Pillow Talk. Tell us a little bit about the film and we’re you surprised by the acclaim and the awards that followed?

Well first, you can see it for yourself on iTunes! Here’s the link http://bit.ly/1DjrFyF

Pillow Talk is a short action drama about two spies in love. At the time in my acting career, I’d done mostly comedy, which I truly love doing. And I really wanted to open up my casting, to be seen as the sexy leading lady as well. I came up with a story line that had some elements of Mr & Mrs Smith and Soderbergh’s Out Of Sight. I produced Pillow Talk alongside writer/director, John Wynn. As far as the acclaim, let’s say I was pleasantly surprised! Of course, it’s what I was hoping for and fortunately the film did exactly what I was hoping it would!

c. You’ve had a lot of guest roles on TV. Do you like shooting comedy or drama better? And what have been a few of your favorite roles so far?

I really love both comedy and drama, and I get to do both which is such a blessing! I have two favorite roles. First, a lovely fantastical short film called “Buttons in the Ground” in which I play a young mother trying to keep hope alive amidst family struggle. And 2nd, of course my character Natasha on this season of “Nashville.” She’s a sexy, smart, strong woman who can clearly hold her own with very powerful men. And with her she brings a little scandal. It’s been so much fun to play!

I feel like I have been incredibly lucky in terms of the productions I’ve worked on. So many wonderful experiences! Working on Pillow Talk was such a labor of love, and creating this film start to finish with my producing partner, was so very gratifying. As I mentioned before, “Buttons in the Ground” was an amazing acting experience, from the wonderful character I played to the entire cast and crew. Everyone was just so happy to be there and excited to be a part of this fantastic film. And working on “Nashville” has been such a blessing. The entire cast and crew has been so welcoming and generous. I’m a lucky girl.

e. What special tips or advice would you give up-and-coming actors?

As I mentioned before, my best advice is to create your own work. It’s so easy nowadays to shoot material and put it up on YouTube or Vimeo. Especially if you’re not working as much as you’d like or you’re just starting out, it’s an amazing way to keep yourself working and be in control of the characters and material you do.

f. Being a Fashion Fit Model as well, what special tips or advice would you give up-and-coming models?

I really believe so strongly in loving yourself from the inside out. The entertainment and fashion business can be tough, so love who you are and how you look, you’ll attract the right clients and jobs.