In NewsWhistle’s weekly question-and-answer series, Clara Morgan speaks with some of her favorite influencers and finds out more about their lives and careers. This week, Clara speaks with Anthony Scott, who performs under the stage name DJ PHRESH. He is a North American open format and house music DJ, record producer, and remixer, known for his high energy avant-garde sets at “a-list” celebrity venues and special events.

Bronx-born Scott was inspired to become a DJ after an encounter with a childhood friend and neighborhood DJ first introduced him to the art form. He went on to intern at Jay-Z and Damon Dash’s Roc-A-Fella Records and work at Jam Master Jay’s Scratch DJ Academy. Shortly after, he gained a residency at the legendary venue, 310 Bowery Bar “B-Bar” located in New York City.

He founded record label PHRESHBRANDS in 2006 and his own radio show and podcast, Electrofied in 2011. He has since been commissioned for major and independent label remix releases while also releasing his own debut single “Gone in a Day” featuring Chris Severe aka “Ghost Wars.” He takes pride in utilizing tracks from around the world and shattering cultural barriers, and aims to give people a refuge from the complexities of life in his music. Celebrity clients include Justin Timberlake, Adam Sandler, and Mariah Carey. 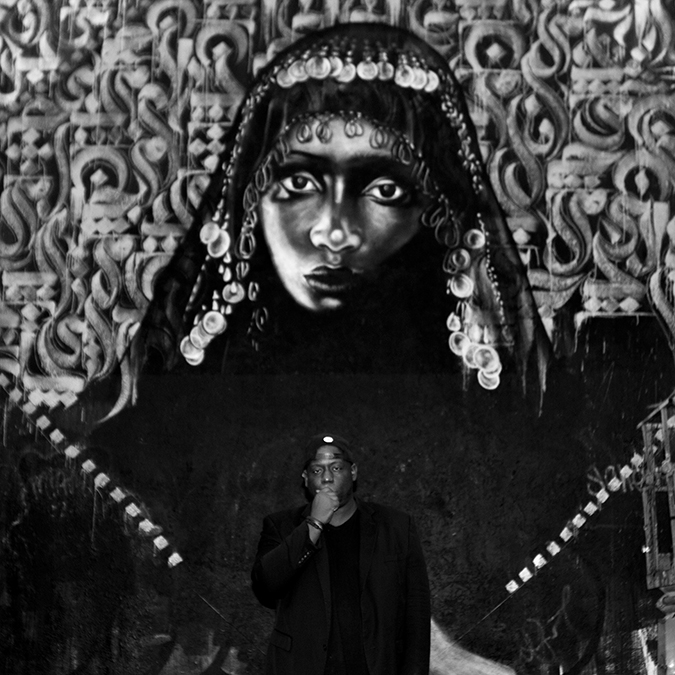 I will always remember this one night when a woman was trying to get my attention off on the side of the stage and when I walked down she just said thank you, thank you so much.

I was a bit shocked because no one ever really does that in a big room situation. But she went on to explain that it was because she didn’t initially want to go out because her husband had just died in the war in Iraq and that for a couple of minutes what I was doing allowed her to forget her worries and feel normal again. It was such a profound moment that showed me what I loved could also affect other people in a positive way. I had only been DJing full time for a few months, and that’s when I really felt this was my calling.

It would be a tie between accidentally putting Leo DiCaprio in a headlock (when I mistook him for someone sneaking into our event) and having Stevie Wonder just randomly show up and starting to play into our show off a whim. I’ve never been star struck by any of my friends or clients but that is one time I think my entire face went numb from disbelief. He’s such an amazing artist and his presence and love of music really fills a room.

I’ve been getting into meditation so I usually start my day with quiet time to focus and establish my thoughts and goals for the day and then I try to get in at least an hour at the gym. After that it can be pretty much a free for all between working in the studio, running around for meetings, lunches and dinners, and DJing at my residencies around the city and across the country. I also have to make sure to visit my mom as much as I can 😉 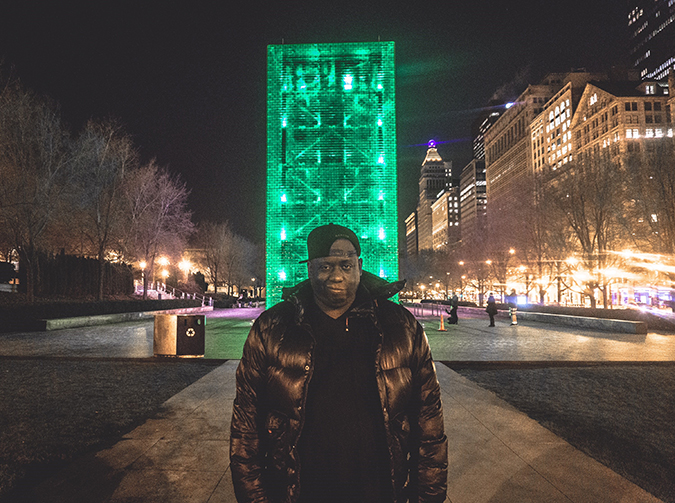 As for the difference between now and a decade ago: Google. We search our interests now, religiously. We have become increasingly more socially engaged and curious about what goes on behind the curtain. So listeners and overall consumers have become way more technically and topic savvy and I think we are going to continue to see more of this.

As for the next big thing: the triple threat. Meaning people are starting to really understand DJing and what makes it authentic, so more people are starting to look for genuine content sources. We will see more of an appreciation for the DJ/artists that are business savvy, produce for themselves, have a stage presence, and collaborate successfully while pushing the envelope. The internet has opened the door to being able to distribute a lot more content, but we will see a shift to quality over volume as the technology opens up and allows for new creative paths. I also believe this triple threat mentality will apply to the industry at multiple levels and not just for mainstage commercial appeal.

5. What are your favorite restaurants in New York?

6. What are your favorite bars in New York?

7. What are your favorite locations to visit in New York?

8. Which events on your annual calendar will you will absolutely not miss?

Worst was during the NYC blackout. I had to walk from Broadway/Houston to the South Bronx to check in on my parents. And right as the blackout started I was in the middle of paying for lunch and using an ATM so I literally only had one dollar on me…and cash rules during a blackout.

Favorite…is a tough one. Life is good in NYC and every day seems to top the previous one. But one feeling that I constantly enjoy is flying back into the city at night. You just see these rows and rows of lights and its sheer massiveness. It puts a lot into perspective for me but also reminds me about how proud I am to be a part of it….that feeling that my backyard is the crossroads of the world is energizing. I feel like being a native New Yorker is a large part of who I am and my sound.

10. Tell us something that people do not know about you.

I used to be a programmer for Accenture (one of the biggest consulting firms in the world) on a JP Morgan Partners engagement and I also used to be a teacher’s assistant in a preschool and had a class of about 20 children fresh into their “terrible twos.” Both were very rewarding, but I don’t miss waking up early to make sure our transfers synced up with London. I do kind of miss playing with building blocks and Play-Doh, though.

Personally, I’m into classic, comfortable, and functional fashion. I tend to move between that and a combination of uptown and downtown.  It’s just my personality and an extension of me. So I dress like the person I am. Never been big on surfing trend waves. Your fit is who you are.

I will say though that even if I’m wearing classics, I like to always have one thing on that screams out at people. It’s kind of like having that “wake up!” snare on a track.  I’m currently big on kicks that pop (bright orange to be exact). It’s good to shake things up and fun when people can spot you a mile away. 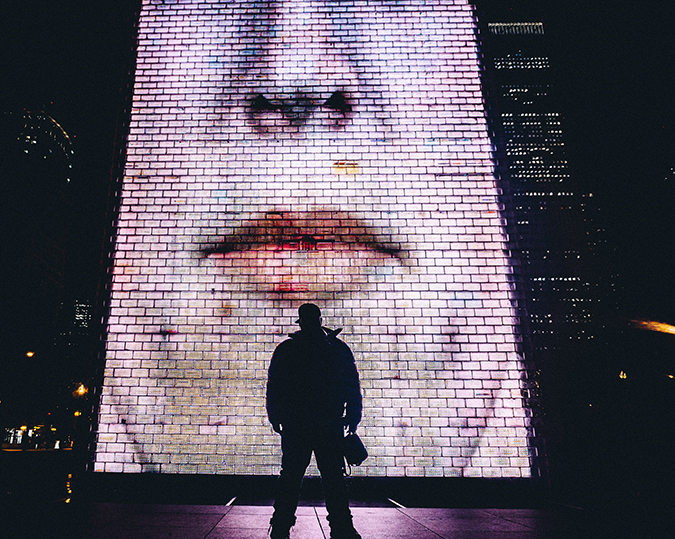 I’ve been digging for whoever is styling Morris Chestnut for his show. They have a great grasp on combining the character arc with environment. No one is ever exactly the same or feeling the same way every day, so being able to see fashion balloon into a person’s full personality is interesting and exciting. You’re doing something good when people are wondering what you’re going to be wearing today. You are communicating your true self to people on another level.

13. Who is your favorite fashion designer, artist or architect – and why?

I recently discovered David “MrStarcity” White. He’s a new artist that does these thought provoking street installations that go from hilarious to profound. He also has amazing abstract artwork. I was able to get a couple of his pieces and have them hanging in my living room and studio.  I actually was able to have a conversation with him about his work and it’s interesting to hear his creative process. He envisions these new worlds with a cast of characters that live in this very vivid landscape that mirrors or play out the systems and shifts in our world. And on a personal level, it’s interesting to see how he has a strong urban exterior presence while having a very curious and internationally adept mind.

14. Name your favorite… and tell us why:

Black V-neck t shirt. It’s just become my thing recently. I actually think I have an addiction to them. I own at least a hundred of the same exact black t shirt.

They’re comfortable, slimming and work with everything and take a lot of thought out of the process of dressing…which makes it easier for me to focus on the other million thoughts I’m having in a day. I’ve also noticed that it keeps the focus on the technical performance outside of the glamour.

I’m actually taking a break from fragrances as part of a detox regimen. But I enjoy the lighter scents.

I think the jury might be out on this one…but I’m big on psychological movies like Fight Club.

Full disclosure…I probably haven’t read a physical book that wasn’t a production manual in a year or so. But I am big on the Blinkist audio book app.

I feel bad for forgetting its name, but there’s a small little restaurant on a side street near the Pantheon in Rome that’s amazing. The lasagna there is life changing. It’s filling and light at the same time. I actually spent a couple minutes trying to convince the owner to FedEx me a few plates, but without success.

16. Name your favorite vacation spot and hotel? What makes these places so special?

I recently got back from Rome. It’s such a beautiful city and the country is full of life. I really enjoyed the architecture. Nearly all of the buildings are hundreds of years old and well-constructed. Everything feels historic, and there isn’t this big rush to flip buildings and styles out continually. I stayed at the Starhotels Metropole hotel. They took great care of us and the staff was very helpful. The hotel itself is very modern and comfortable but still very sexy.

18. What song, meditation or mantra can you listen to on repeat?

Binaural beats right before bed – it’s been my best discovery.

19. If you could meet anyone in the world, who would you like to meet? And why?

Neil deGrasse Tyson and Stephen Hawking because…why not! I’m wearing a NASA hat right now. I’ve always been interested in the “hows” and the “what ifs.” Picking their brains would be life changing.

No matter what’s going on in the world, remember that we are all blessed in different ways and sharing those blessings will create a wave of nonstop sustenance for us all, so spread love and happiness, all we got is us. 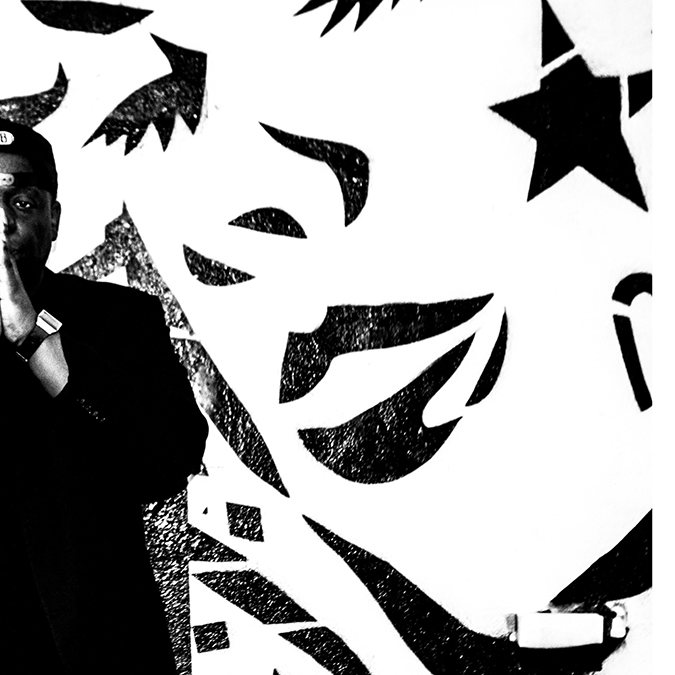 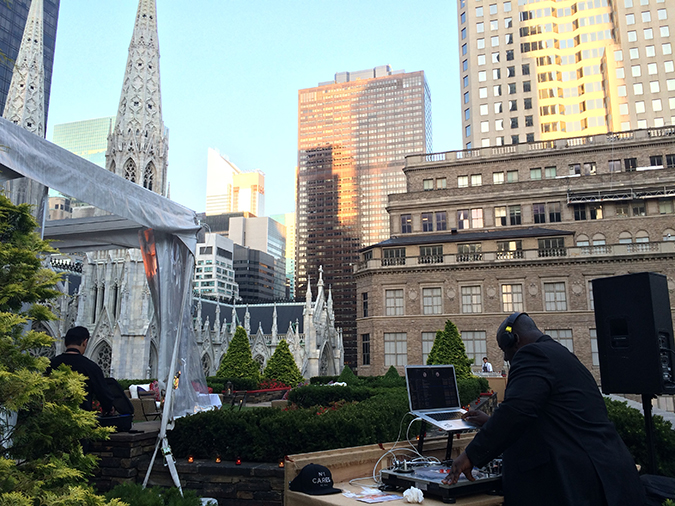