Alanna Rutherford is a corporate attorney, an equity partner at Boies, Schiller & Flexner, where she works on complex civil cases, representing such clients as American Express, DuPont, Barclays Capital, Goldman Sachs, and the New York Jets.

When she isn’t participating in litigation involving derivatives contracts or antitrust matters, she can be found giving lectures to her peers at the American Bar Association, or teaching law students the intricacies of Civil Procedure, or educating European lawyers about the US class action system. She was recently named one of 75 “Outstanding Women Lawyers” by the National Law Journal and a “Rising Star” by a panel of 24 judges in the New York Law Journal.

And when she isn’t doing any of that, it is actually rather hard to pin her down, as she is an avid traveler. Fluent in English and French and conversant in Spanish, she’s been all over the world and back. A few times. Her current tally of countries is 96, and she’s hoping to make it to 100 by the end of the summer.

But she sat down to speak with me the other day, not about any of her professional accomplishments, but about a non-profit she’s been involved with for about six years now, the Andrew Glover Youth Program. She serves on the board of this small but impressive alternative youth sentencing program, which has a truly amazing track record of keeping juvenile offenders out of jail, providing them with counseling, training, education, and employment assistance. It works. Andrew Glover kids turn their lives around.

Here’s the liberal case for Andrew Glover, with a quote from Sister Helen Prejean: “The dignity of the human person means that every human being is worth more than the worst thing they’ve ever done.”  Second chances save lives.

And here’s the conservative case: It costs about $210,000 to put a kid in a New York City juvenile detention center for a year, and only 20% of those kids remain crime-free when they get out. But it costs only $3,400 a year to keep a kid in the Andrew Glover Youth Program, and more than 90% of program graduates never commit another crime. Second chances save money.

We met up at a coffee shop on the far West Side (so she could make it on time to see a taping of the Daily Show with Jon Stewart) and had a good time catching up. Here’s what she had to say: 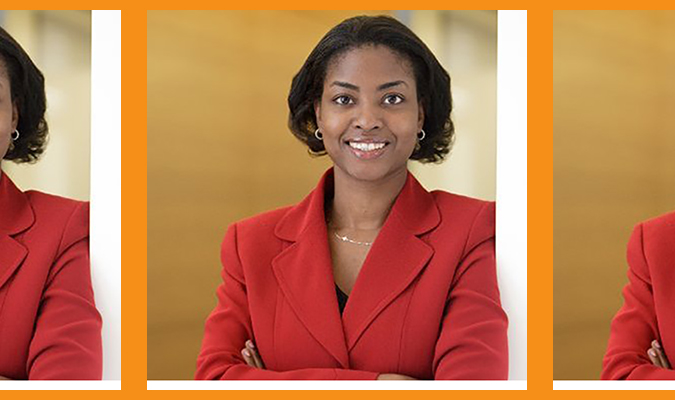 Date of interview:  June 9, 2015
Age: 39
Hometown: I was born in New York and claim it as a home town because I keep coming back to it.
Current town: New York, NY

Why did you choose Andrew Glover to support? There are so many charities…what drew you to this one?

I learned about Andrew Glover though the Robin Hood Foundation. Robin Hood focuses on charities with low overhead, without inflated salaries or high overhead costs, which makes for more effective charitable giving. I decided I wanted to serve on a non-profit board, but I didn’t want to do something easy or universally popular. I wanted something to benefit a group that was a little more underserved, that could have a huge impact on a community.   So, they suggested Andrew Glover. I met with the head of the organization, Angel Rodriguez. First we had a short meeting so he could make sure I was serious about wanting to get involved, and then the next time I spent all day with him: in his office, in the courts, seeing all the work he did. Then he invited me on board, and had me meet the other board members.

What have been the good (or bad) parts of being on the board of a small-non profit organization?

No bad parts. Absolutely no bad parts. Everything we do directly does make a difference to individual kids and to the community.

Each kid who doesn’t go to prison becomes a productive member of the community. If you’re locked up as a child, you will likely be a criminal as an adult. The question is, are we ready to decide that a child’s life is worth throwing away? It’s a big question.

What challenges do you see ahead for Andrew Glover? Is there a way to grow the program and help more kids?

That really is the challenge: how to grow. Can we scale it? Or can we act as a model for other groups to operate more centers?   We have two centers now, on the Lower East Side and in East Harlem, but there are only so many kids we can provide service to.

There are 4,000 16 and 17 year olds who get arrested in Manhattan each year. We’re able to provide services to fewer than 100 of kids in that age range.  (Overall, Andrew Glover provides services to 200 court-involved kids each year, and 150 kids whom we are trying to prevent getting involved in the court system.)

We are expanding our East Harlem facility so we’ll be able to hire more staff and help more people. And we’re renovating our Lower East Side site, and we hope to be more efficient with the space. We’re discussing how best to grow our business. The vision for the future is very much on the table.

There are many groups and individuals who do good and want to contribute. We want to get the message out. People can change and deserve a second chance.

The real estate community has been very generous to Andrew Glover. A few people got involved, and then brought their friends along.

Each year at our fundraiser, we have someone who has gone through the program give a speech about their experiences and what it has meant to them. One year, the attendees who worked in real estate were so moved by a boy’s experiences that they decided to pay for his college tuition. They just spontaneously gave, with the condition being that if he kept his grades up, they’d pay through his graduation.

That’s amazing and so generous! Did he graduate?

Yes…they covered all of his college loans, which have been paid in full.

What have you learned from your experiences with Andrew Glover?

I think it’s that impacting the lives of individuals really matters. 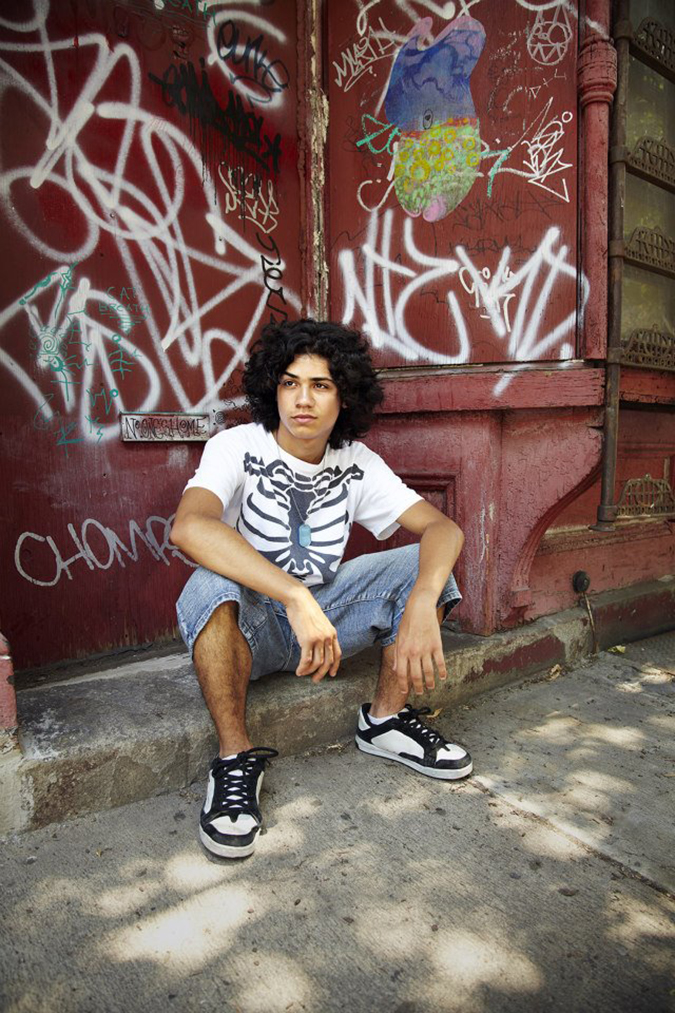 I know that the role of a board member is to look at the big picture and give advice, but do you ever do hands on work with Andrew Glover?

I’m usually looking at the big picture, but I did mentor one of the girls in the program last year.

How is she doing?

Well, she decided to drop out of high school with just a few months to go, without telling any of us, but she has a job and she is doing well. She hasn’t gotten into any more trouble.

She lived 20 blocks away from Columbia and she didn’t know there was an Ivy League university in her neighborhood. She’d heard of the Ivy League, but didn’t know about Columbia! So, I took her to campus and introduced her to my cousin, who is a professor there. He’s a black man, and she had never seen a professor who looked like her.

So after that I made it my mission to take her to all kinds of places. We went out for Ethiopian food in the West Village. We went to different neighborhoods and tried different cuisines. Exposure is a key to changing minds and attitudes.

The first book that had a huge impact on me was Brave New World by Aldous Huxley. (I probably read it when I was too young.)

Cutting for Stone is a good book. It’s by Abraham Verghese and it’s about Ethiopian history, and it’s a medical drama, and a love story, with a soap opera all mixed in.

And The Rise of Theodore Roosevelt (by Edmund Morris) is non-fiction that reads like fiction. He had such an incredible life. It makes you feel like you have to work a little harder. 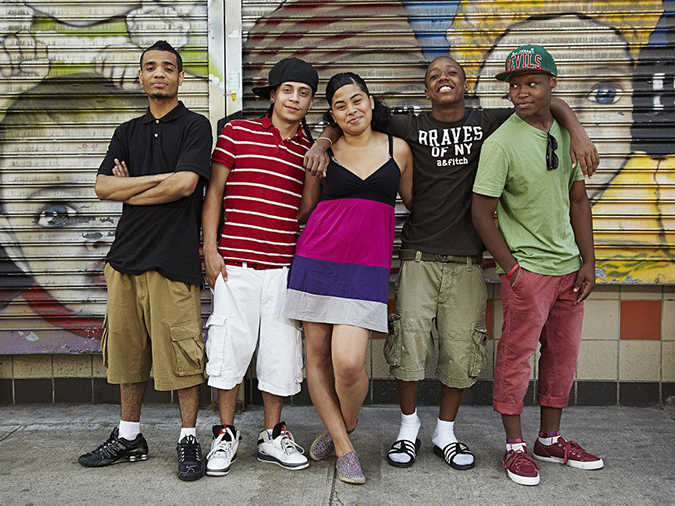 I haven’t taken it yet. I hope to.

Be yourself, because you can’t be anybody else. 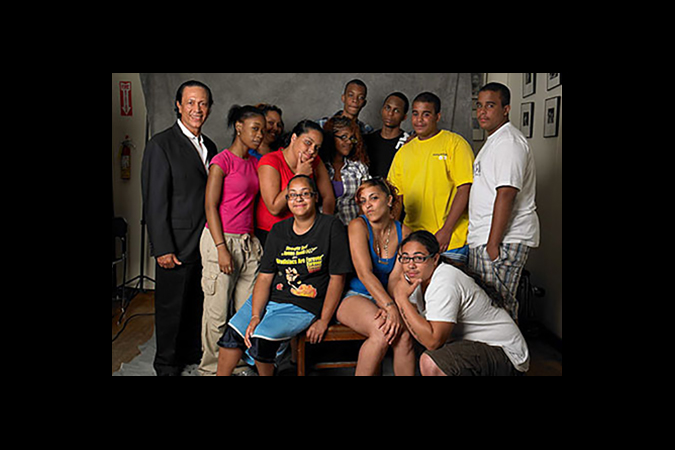 What was the most amazing place that you have been to?  And what’s up next?

I always think the last place I’ve been to is the most amazing. There’s something amazing about the world in general.   This summer I’m planning on going to Croatia and a few other places.

Not really, but I like celebrities who use their celebrity for the greater good. George Clooney uses his celebrity to give attention to the tragedies in Darfur. Angelina Jolie has advocated for refugees and done work for the United Nations. If you’re going to be this famous, it’s good to understand the power that has and try and do some good with it.

While I was on line for the Daily Show tickets earlier, I made a joke to the guy in line in front of me. He said it would be funny if he got the last ticket, and I threatened to punch him and take it. It was a joke! I think his girlfriend took me seriously…she thought I was going to cause a fight!

I hope you end up sitting next to them!

That would be funny. I promise I won’t hit anyone.

Nothing. You learn from all your experiences. The good and the bad. And frankly, it’s been mostly good.

I played piano and flute as a child. I played flute with the Fort Worth Symphony Orchestra.

Tell me a joke.

I’m bad at jokes! My humor is all sarcasm.

Is it egotistical to say I think I’m less strange than most of my friends? I don’t like to step on sidewalk grates. I try and walk around them on the sidewalk.

Yes! The Andrew Glover Youth Program. We are going to have a fundraising gala in October with a silent auction. It’s a great event. And if you can’t make it, you can bid for things on line. Or just make a donation: http://www.agyp.org/about/donate 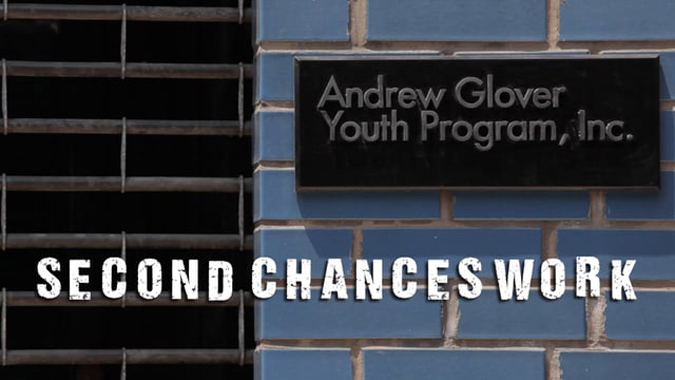 ***
Laura LaVelle is an attorney and writer who lives in Connecticut, in a not quite 100-year-old house, along with her husband, two daughters, and a cockatiel.