An apologetic Lena Dunham, one very big celebrity split (shocker!) and a big diva birthday bash are on the menu this week. Enjoy our latest Celeb Sundae!

And it’s wrap. After a three month whirlwind, headline-dominating courtship Hiddleswift has called it quits. Tom Hiddleston and Taylor Swift have split up, according to US Weekly which claims the end came as a result of Tom wanting the relationship to be more public. True love or PR ploy? You decide. ,

Beyonce turned 35 and celebrated in true diva style with an over the top Soul Train themed party in NYC. It’s good to be the queen.

Kim Kardashian stepped out in NYC in a sheer bra top and thigh high plastic boots. One word: sweaty.

Kendall Jenner and Harry Styles were spotted getting cozy over a dinner date recently. The two famously locked lips on a yacht months ago but still we can only imagine this union to go in One Direction. And it ain’t up.

Lena Dunham has apologized to Odell Beckham Jr after some serious backlash over social media comments she made about the football star dissing her during the MET Ball Gala.

“I made totally narcissistic assumptions,’’ said the “Girls’’ star. Ya think?

Colin Kaepernick has been sitting out during the national anthem before recent games in protest of police brutality and racial injustice. His protest has set off a firestorm of both criticism and support. This week the  star quarterback got his biggest boost from the Commander-in-Chief himself.

We would love to share a final saucy photo from the week. But alas, it’s been a dry one. Instead we leave you with this very unsexy but funny as all hell shot of Larry King getting a blow out. Something about his anniversary, trouble in the marriage yada, yada. All you really need to put a smile on your face is the image of this dear hairdresser lovingly blowing out a few stringy locks of hair on the legendary TV host’s head.

And One More Cherry

There’s a celebrity sundae of sorts happening at the US Open tennis tournament. NewsWhistle is live at the two-week event, bringing you the best action, on and off the court. To see some of our very own celebrity photographs of Beyonce, Andre Agassi and other famous faces, we invite you to see what the racquet, er, racket is all about. 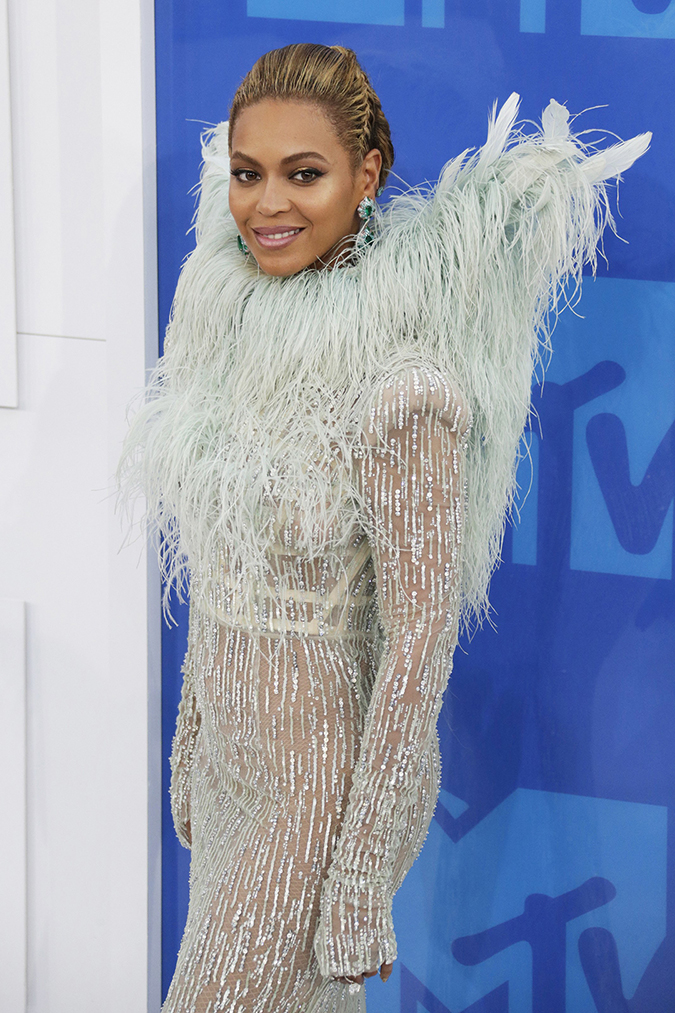