We were told to listen to a band called East of June … SO we did.

We were told that we would like the sound of their latest single called “Little Bird” … AND we did.

We were given the chance to ask the band about Bumble, 90s pop trivia, hiking, and the occult… BUT we didn’t.

Instead we asked guitarist Kyle Mortensen, singer Emily Rath, and former Incubus Bassist Dirk Lance about some of their other Favorite Things.

Well, sometimes you get more by being a rebel.

Dirk: I suppose that if I had to commit to a favorite movie I could make the argument that it’s BIG TROUBLE IN LITTLE CHINA. I mean, it’s technically the greatest movie ever made so why wouldn’t it be my favorite? It’s not even an opinion, it’s science. And for the record, I’m a big believer in science. Science tells us that Jack Burton is the most heroic protagonist to ever appear on film. Those who don’t agree probably think the earth is flat…and while the jury may still be out on THAT one, they have in fact reached a verdict on this. To those who would attempt to disagree I say FOR SHAME, people…FOR SHAME!!!

Kyle: I’d have to say Prometheus Rising by Robert Anton Wilson. A colleague at URB Magazine recommended it to me in my early 20s and it was a game changer. The book essentially gives the reader the tools needed to gain more control over how their own mind works. It touches on a variety of subjects from psychedelic drugs, quantum mechanics, Crowley’s magickal practices, and self-observation exercises. I’ve been a big fan of Robert Anton Wilson ever since.

Emily: I want to visit New Zealand so badly! I’m a bit of a fantasy nerd and have probably seen The Lord of the Rings trilogy an embarrassing amount of times, plus I love beautiful, scenic places so New Zealand has been calling to me for some time. And obviously while there, I will need to visit Hobbiton where they filmed the movies, because then my life will be complete. 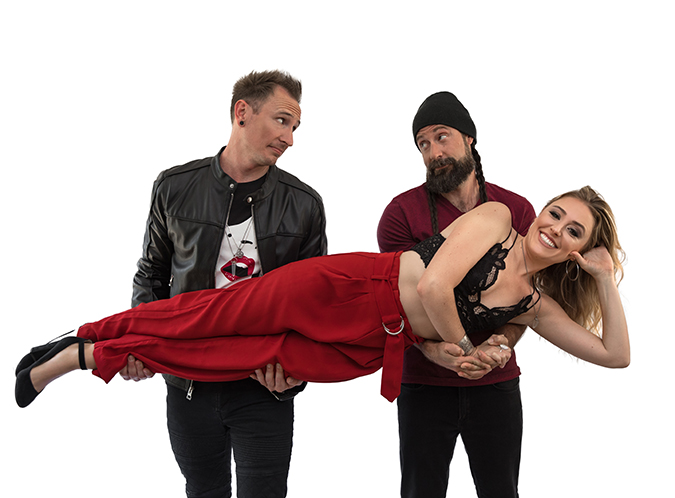 Emily: One of my favorite outfits was from our band’s first photoshoot. I had this pretty lace black bralette and these fun bright red pants so I kind of felt like Jasmine from Aladdin. In fact, I think all of our looks for this shoot totally captured our individual styles pretty well in my opinion. 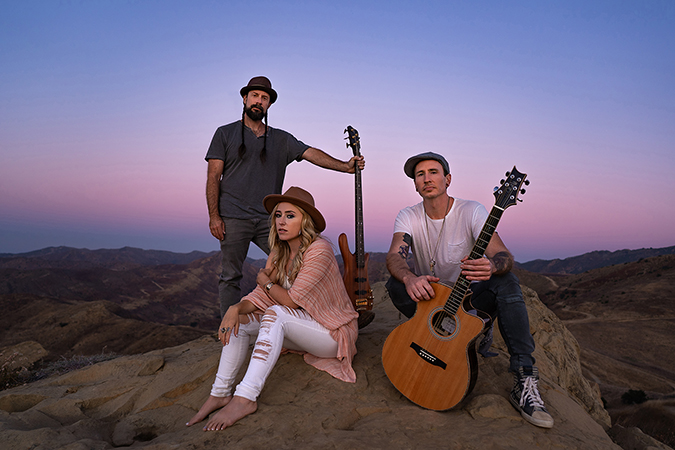