Stereo Off formed in late 2012… and evolved initially into a five-piece band that combined indie rock, classical and electronic influences. In 2013, the band worked on building a base following, while playing some of New York’s top venues such as Knitting Factory and Glasslands. They also had music featured in various short films that made festivals around the US and released their debut EP New York in 2014.

This was followed up in late 2015 with their 2nd EP The Long Hot Winter which helped them secure spots at various venues in NYC and the north east, including the CMJ festival. After some lineup changes … [the past couple of years have] brought on a new sound, which is clear on the new single “Sunsetting” from their third EP. [The video for “Sunsetting,” which is filled with raw white light and mesmerizing orange glows, was just released and can be seen below.]

Native to New York… the current band works as a three-piece featuring the aforementioned Sebastian Marciano and Niall Madden collaborating on the songs.  Originally a guitar player (and plays guitar on some of the recordings) Niall now plays bass on most songs.  He also brings a more indie rock sound to the band, as he has played in various bands in the UK and US prior, while Sebastian brings a more digital vibe.  The ideal solution, of course, is a good blend of both.

When Stereo Off needed a thicker sound for the stage, Bridget Fitzgerald joined, dabbling in analog synthesis and bringing her training in viola from the Juilliard Masters program. Desiring a change from the professional classical scene, she had recently began playing strings with post-punk aficionados Discovery, developing her unique discoViola chops which are evidenced in the moody string builds and arpeggios of Stereo Off’s newer songs.

While the New York and London combination is perhaps nothing new in this day and age, the band is unique in that most of the players are not wielding their go-to instruments most times, instead filling in where necessity. Exploration in new sounds lead them. 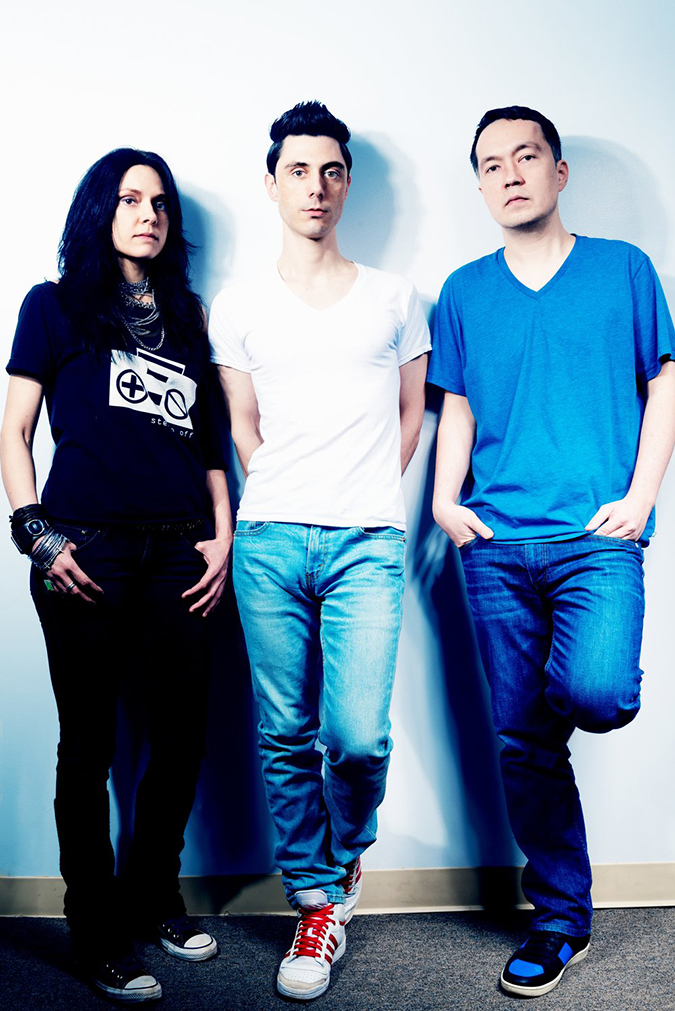 Images Courtesy of Stereo Off and Noisy Ghost PR