First of all, it’s pronounced “anteeguh” not “anteegwuh.” At least, that’s how the locals pronounce it, and I think they would know. (Live and learn!)  Most places are glad to take U.S. dollars, but the official currency is the Eastern Caribbean Dollar. They claim 365 beaches, one for each day of the year.  (I didn’t count, so I’m not sure if the number is accurate. Suffice to day, there are plenty–it’s an island!)

My family decided to skip Thanksgiving and go away for a week instead.  We’d won a stay at the Verandah Resort at a charity auction, and thought we might as well give it a go before the gift certificate expired.  We flew down (there are direct flights from JFK), rather pleased to be out of the cold and rain. In our cab from the airport to the hotel, we saw some feral donkeys roaming free on the side of the road.  Our driver explained that they were a vestige from the sugarcane industry, former beasts of burden no longer used for transport: they’ve all retired now that the sugar mills have shut down (the last sugar factory closed in the 1970s).

When we arrived at the resort, we were greeted warmly and taken quickly to our room by golf cart.  The 30-acre property is easy to walk around, but if you’ve got luggage, or uncomfortable shoes, or don’t want to exert yourself in the sun, no worries: staff members are constantly driving around and ferrying resort guests to their rooms, the pools, and the restaurants.

It’s a rather nice place, the Verandah.  We don’t usually do beach vacations, so this was a bit out of character for us, but we enjoyed it tremendously.  My six-year-old especially was delighted with it. There was a pool to splash around in (there was another one reserved for adults only), and a beach to explore.  She could ride around in a kayak (as long as an adult was paddling). Disappointingly, she couldn’t operate one of those pedal boats…you need two people with legs long enough.  (Maybe next time.) There was a miniature golf course which never seemed to be crowded. An oversized chess set was a lot of fun (and she even started to learn how the pieces move). Best of all was the kids’ club, where she made friends with another girl her age, and there was a playground, arts and crafts, a splash pond, and possibly best of all–the opportunity to feed tortoises.  (They like to eat hibiscus flowers.)

Meals were served three times a day with a few different dining options.  Since we had a young child with us, we tended to stick with the main dining room buffet, which was busy and loud enough that we wouldn’t disturb anyone.  There were also some resort-wide parties, in which they moved the buffet line and the tables outside, and provided live entertainment. I’m not sure what time the main bar opened and I’m not sure what time it closed (maybe never?) but there were plenty of people having fruity rum drinks in the morning and the party went on until the wee hours–we fell asleep each night to the sound of reggae music and chirping tree frogs.

There’s no need for money at the Verandah–most things are included, and what’s not (spa treatments, an extra surcharge at the high end restaurant, gift shop purchases) can be charged to your room and paid up when you leave.  The staff members we encountered were friendly, helpful, and hardworking, always making sure things ran smoothly.

While we were at the Verandah, there was a new resort owned by the same company (Elite Island Resorts), higher end, and adults only,  still under construction, but about to open nearby: Hammock Cove.  From what we could see, it looked lovely, and might be a very nice option for a trip without the kids.

I would have likely been perfectly content having a lazy week at the resort, eating and drinking, reading novels by the pool, and chatting with my fellow vacationers (some from the US, more from the UK, and some locals, all quite friendly).  But I also like to explore and learn something about places I visit, and so out and about we went. 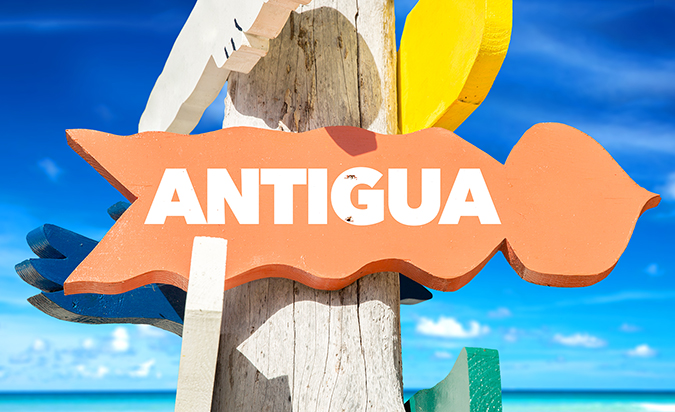 If you would like to get up close and personal with some sea creatures, you really should check out Stingray City.  Stingray City is a sandbar out in the Caribbean, with a dock and a roped-off area–which is for the people. The stingrays themselves aren’t caged and are free to go.  But they stay, because they are fed frequently. (Insomuch as stingrays are capable of making a cost-benefit analysis, it seems to be worth it for them to be petted and photographed with tourists in exchange for a steady diet of squid.)  It cost us $50 each for the boat excursion, which came with very friendly guides, snorkel gear, and rum drinks (they are ubiquitous). Bring a waterproof camera. And do be careful–although they are quite used to tourists, they are still wild animals and they have been known to sting, especially if they are stepped on.  The guides will demonstrate how to do the “stingray shuffle,” so as not to injure yourself, or the animals.

On our last day, my older daughter (age 13) and I took an island tour by jeep with the Pink Panther Safari.  These women were phenomenal and so was the trip. They arrived in a pink vehicle, wearing pink clothes, and immediately played us the familiar Henry Mancini tune. Our tour started out at Devil’s Bridge–this is a natural rock arch (and national park) and it’s stunning.  There’s a tradition that the name is from suicides at the location–where desperate slaves would fling themselves into the water to meet certain death in the rough waters, heading at last in the direction of Africa, their homeland. Historians dispute this claim, or at least, report that there is no evidence to support it. It seems quite possible that there’s truth in it, however, especially after visiting the next stop on our tour: Betty’s Hope. 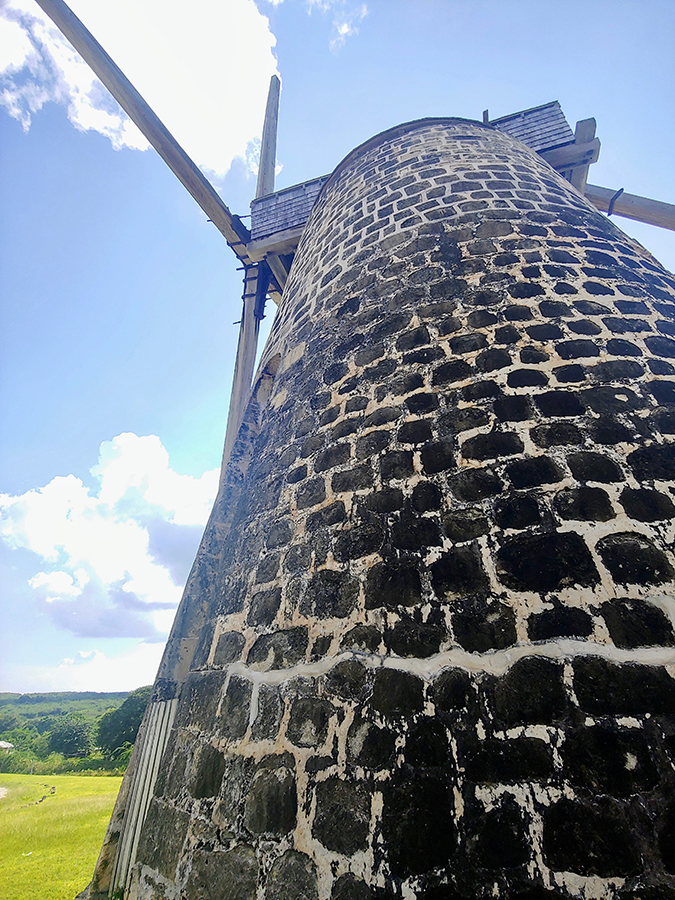 The Mill at Betty’s Hope – by Laura LaVelle

Betty’s Hope was the first large-scale sugar plantation in Antigua, where it operated from 1650 to 1834 by slave labor, and after that, until 1944 by free laborers (who often didn’t have much in the way of other employment options).  It was one of many sugar mills (there are at least 100 sugar towers in disrepair still dotting the island) and the working conditions were horrific. Betty’s Hope is the only one which has been restored, and there is a visitor’s center there to teach the brutal history of sugar, slavery, and colonialism.  Unfortunately, we were there on a Saturday and the museum was closed, but the Pink Panthers filled us in on some of the harsh details of the living conditions for the workers, who suffered through hard physical labor (with very few days off), the constant threat of violence (slaves could be killed with impunity), and the danger of having their limbs caught in the heavy machinery.  It’s been pointed out that the site is still an important part of the wider Antiguan economy, although now for tourism, instead of sugar. It is a peaceful spot today, and we were graced there with the presence of a Seventh Day Adventist service taking place on the property, singing songs of worship and beauty.

We left that sad location behind, and took a drive up to Shirley Heights, a former (and now restored) military lookout.  The view was phenomenal–it’s one of the iconic shots demonstrating the natural beauty of Antigua. (And you can see Eric Clapton’s house below as well–it is rather large.) There is a party every Sunday night at the restaurant and bar there, where both residents and tourists come to see the sunset, eat and drink, and hear local bands.  Alas, we had a plane to catch and so were unable to come back, but should we find our way to Antigua again, we will not miss it twice. 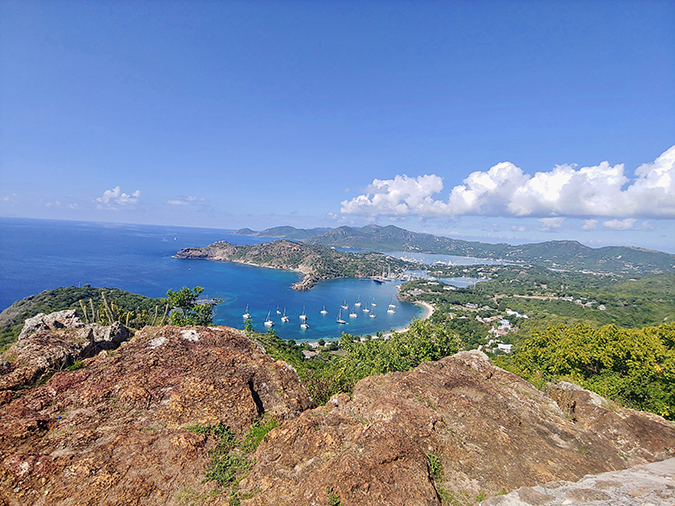 Antigua – The View from Shirley Heights – by Laura LaVelle

Next stop: Nelson’s Dockyard, in English Harbor.  A national park (and still a working dockyard–in fact, the only continuously operating Georgian dockyard in the world), it had significant military importance in the 18th century, being large enough for the repair of naval ships and sheltered enough that it served as good protection from hurricanes. Our Pink Panther crew left us in the capable hands of a national park guide, who showed us around the various restored buildings (a museum, and also shops, restaurants, and hotels), and explained a bit about the work that took place there in colonial days (including how some of the workers were paid their wages in rum–it has been ubiquitous for a long time).  It’s a UNESCO World Heritage site due to its rich history, and I’d like to go back and spend more time exploring the area in the future. There are hiking trails (you can even climb up to Shirley Heights if you’re feeling adventurous, but it’s a bit steep). We were warned to be careful of the manicheel trees, however: they are extremely toxic. Do not eat the fruit–it can kill you. Being nearby if the wood is burned causes severe eye inflammation. Touching the bark or the leaves will hurt you–the sap causes severe blisters. You shouldn’t even stand under the tree to take shelter from the rain–the raindrops with the diluted sap can burn your skin! 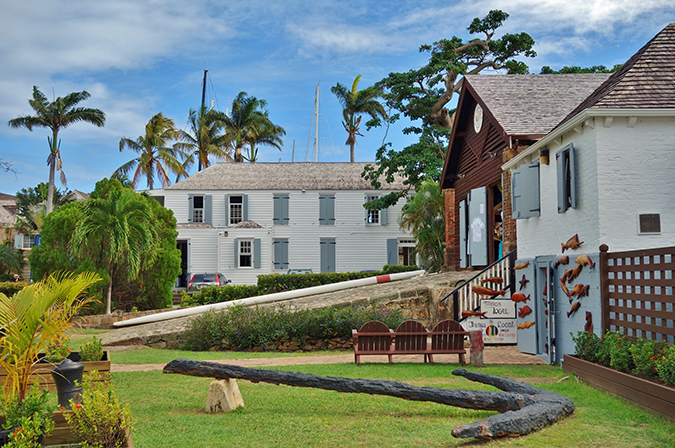 We avoided difficult hikes and poisonous trees and instead stopped for lunch at a quiet waterside restaurant. Then our party drove on Fig Tree Drive (through the rain forest), and then on to Turner’s Beach for rum drinks, swimming, and sunbathing. Lastly, we took a drive through the capital city, St. John’s, which has duty-free luxury shopping, markets, museums, government buildings, traffic, and hordes and hordes of tourists who come in off of the cruise ships–tens of thousands at a time. (This has quite an impact on a city with a population under 25,000.)  On our way, we were educated, entertained, taught some phrases in the local Creole dialect, and provided more rum punch.  We were also introduced to a rather racy calypso song called “Saltfish.”  (One of our guides told us that she’d had a slipper thrown at her after singing it as a young girl, at the time unaware of the double entendre.  No one threw any slippers on this trip.)  At the end of the trip we did a singalong of “Sweet Caroline” by Neil Diamond. I have no idea why–ask the Pink Panthers–but we had a grand time.

The next day we had to head back home to work and school and our regular lives.  When we checked out of the hotel, we were asked to contribute to the Wishing Well Charitable Foundation which helps underprivileged children and adults in Antigua and the rest of Caribbean by supporting medical and educational programs and children’s literacy.  After our experiences on the island, we were extremely glad to do so. And we picked up a bottle of Cavalier Rum at the airport (to further support the local economy, of course). When the winter weather gets a bit too bleak, we just might have to open it up, put on some steel drum music, and imagine ourselves back in the warmth and beauty of Antigua. 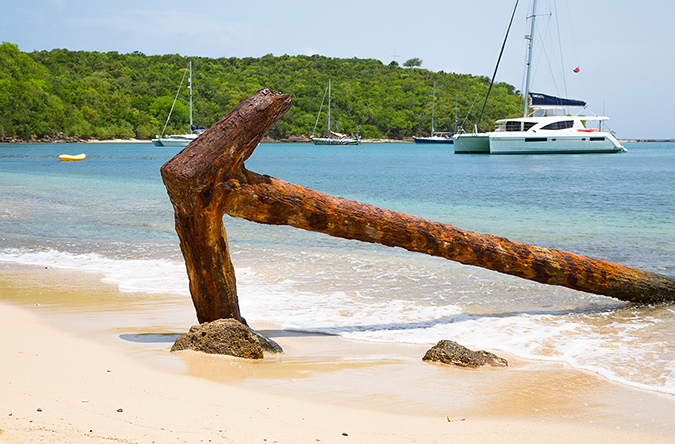