EDITOR’S NOTE: Chicago is where we took in the ballgames at Wrigley Field, laughed at the antics of the Second City improvisers, and watched music at the Metro, the Double Door and the Aragon Ballroom.

We always thought of Chicago as a city that champions culture and creativity – and provides plenty of outlets for those who work and play hard.

If you’re in town for business, and have a few moments to spare, or are stopping by on vacation, here are some tried and true recommendations from NewsWhistle’s Culture Editor Laura LaVelle.

Frank Sinatra famously sang that it was “My kind of town.”  Countless bluesmen have serenaded countless women, pleading with them to go back to that same old place, “Sweet Home, Chicago.”  Carl Sandburg called it the “City of the Big Shoulders”   (and also “Hog Butcher to the World.”)  It’s the Windy City, but that’s for the bloviating politicians, not the weather.  The New Yorker Magazine insulted the place with the Second City appellation (more recently reclaimed by the eponymous comedy troupe).  Former Mayor Richard J. Daley called it “the City That Works.”  Whatever you call it, if you find yourself there, here’s what you really need to check out.

1.   The Art Institute of Chicago 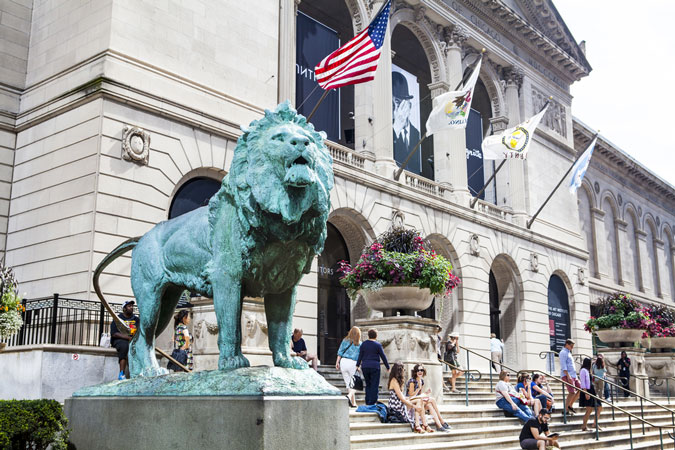 It’s in Grant Park.  It’s huge.  It’s known for its amazing collection of Impressionist and Post-Impressionist art.  But it’s rather encyclopedic.  Here you’ll find At the Moulin Rouge by Henri de Toulouse-Lautrec; A Sunday Afternoon on the Island of La Grande Jatte by Georges Seurat; numerous versions of Claude Monet’s Water Lilies and Haystacks; Grant Wood’s American Gothic; Edward Hopper’s Nighthawks; Georgia O’Keefe’s enormous Sky Above Clouds IV; Vincent van Gogh’s Bedroom in Arles (a personal favorite of mine); and over 260,000 other works.  Go see it. 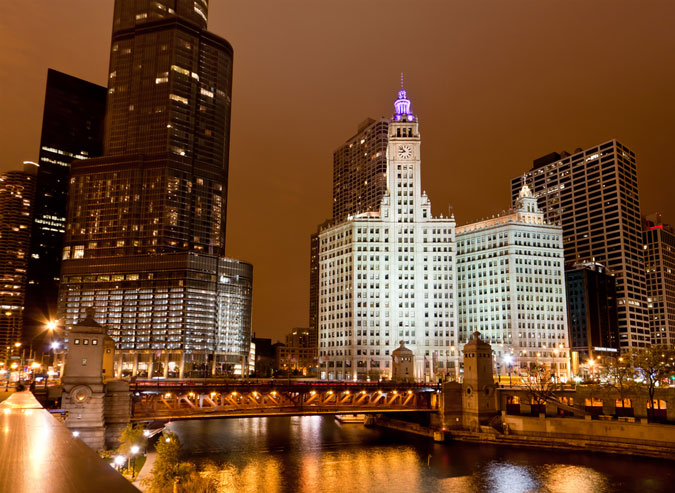 It’s on the stretch of Michigan Avenue called the Magnificent Mile, full of all kinds of shops, hotels, restaurants, tall buildings to go to the top of and look down, and so forth.  But take some time to visit this neo-Gothic structure, its design being the winner of a 1922 competition: it’s ornate and decorative, and fascinating to look at (especially when lit at night).  But what’s particularly fascinating about it when you get up close is its incorporation of famous building fragments, brought back from here and there by Chicago Tribune correspondents.  It’s got a piece of the Great Wall of China, the Parthenon, the Taj Mahal, the Alamo, the Great Pyramid of Cheops, the Hagia Sophia, the Berlin Wall, and at least a hundred more.  A remnant of the World Trade Center towers has been added more recently.  You can see them.  You can touch them.  It’s really a trip through history and around the world.  If you get thirsty, you can stop in at the restaurant at the ground level, Howells and Hood (named for the architects of the tower).  It has 360 beer taps, so you are likely to find something you like to drink there.  The food isn’t bad either. 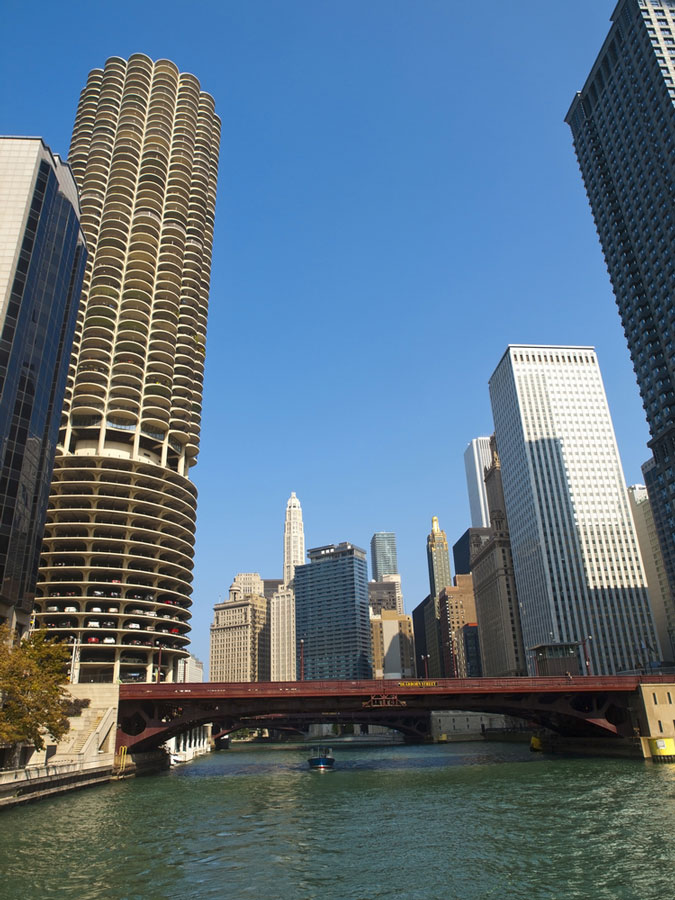 Okay, they run April through November.  But only do it if it’s a nice day.  You float around on the Chicago River (that’s the river they famously dye green on St. Patrick’s Day) and under 13 bridges, and learn all about the history of the place.  It’s fascinating and it’s fun, and your guide will be an expert.

I’ve never had a bad time here, or heard a set that wasn’t more than worth the price of admission.  It opened in 1907, and was an Al Capone hangout (his favorite booth is still there).  Go if you enjoy jazz performances.  Go if you are interested in the connection to mob history.  Go if you want to see a really lovely old art deco club.  It’s got live music every night (no tickets, no reservations, just a cover charge at the door) and a famous Poetry Slam on Sundays.  It’s open until 4:00 a.m. (and 5:00 a.m. on Saturdays).  Just go.  You’ll thank me later. 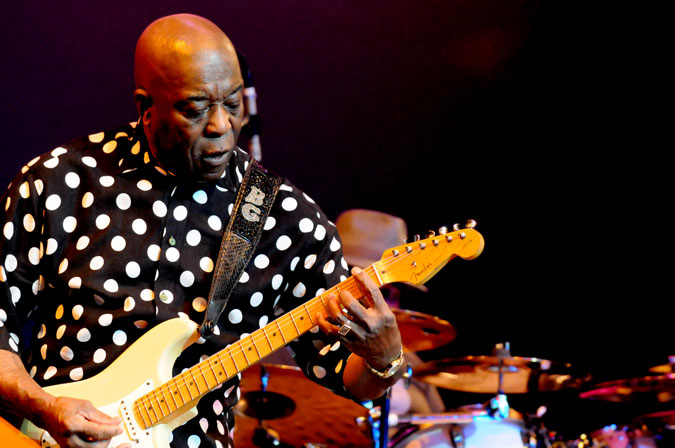 I’m partial to B.L.U.E.S. myself but you won’t go wrong at Kingston Mines or Buddy Guy’s Legends.  If you’re around in January, and have missed the window for the architecture cruise, you may as well go see Buddy Guy (above) perform at his own club.  And if you’re around in June, you don’t have to go to a club, you can hit the Chicago Blues Festival in Grant Park.  It’s just what you do in Sweet Home, Chicago.  Don’t miss it.  Check the Reader for the entertainment listings:

EDITOR’S NOTE: Many will not agree with us, but really skip the deep-dish pizza in Chicago. It’s not worth the wait. You should try a Chicago-style hot dog at least once in your life. And a dinner at Gibson’s steakhouse is highly recommended.

As a bonus for our readers, we’ve asked some public relations friends to recommend a few of their client restaurants for out-of-town visitors seeking some tasty fare.

1. For the trendy foodie: Tanta 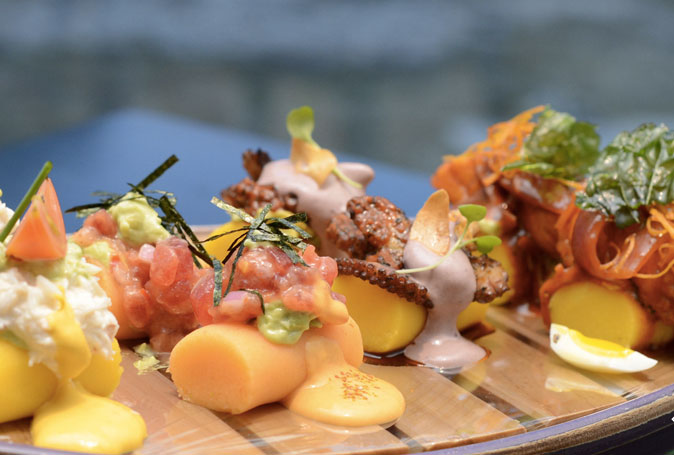 Get ready to embark on a culinary journey through Peru at Tanta (118 W. Grand Ave) in Chicago. Tanta is dedicated to sharing the flavors and culture of Peru with the people of Chicago, serving authentic Peruvian dishes and beverages in an approachable, casual and colorful downtown setting.  A collaboration between Chef Gaston Acurio and VBD Group, LLC (Veronica Beckman, Vincent Beckman, JP Bitting, and Brian DeNicolo), Tanta looks to take each guest that walks through the doors on an adventure through Peru’s cuisine.

“We hope to give Chicagoans a small sampling of our culture that Peruvians celebrate,” says Acurio. “Tanta Chicago exists thanks to a beautiful half Peruvian, half North American family who feels deep pride in their Peruvian heritage.  As a team, we will try to be good ambassadors of our culture to this beautiful city.”

The menu, created by Acurio and Tanta Chicago’s Jesus Delgado, takes diners on a voyage through Peru via its food.  From the Pacific Ocean, through the Andes, to the desert, to the Amazon, Tanta celebrates the diverse landscape and ethnicities that make up Peru’s culture.  Emigrants from China, Japan, Spain, and Italy melded their respective dishes with the native Peruvian cuisine to create the unique melting pot of Peruvian cooking that keeps boiling to this day.

2. For the pizza lover: Tre Soldi 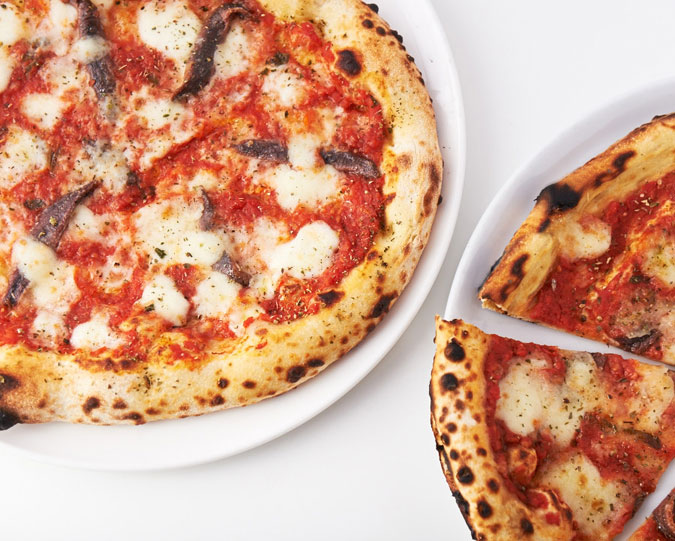 Jack Weiss solidified his love affair with Italian cuisine and established his business further by opening Tre Soldi in the summer of 2013.  Tre Soldi is also located in Streeterville, but distinguishes itself as a pizzeria and trattoria, focused on the Lazio region of Italy.

Tre Soldi (meaning three coins) garners inspiration from the Trevi Fountain, made famous in the 1954 movie Three Coins in the Fountain.  Murals of the iconic fountain and the rooftops of Rome bring a warm ambiance to the casual, contemporary atmosphere. Glass tiled pillars, an open kitchen and large windows that open to the neighborhood create a lively surrounding that’s perfect for gathering with friends. With over 20 Italian wines available by the glass, there is something for everyone to enjoy.

Tre Soldi’s Roman pizza is a continent away from Chicago-style pizza. It is hand tossed, with a thin, crisp crust and tender edges. They pizzas are topped with various Italian cheeses, homemade sausage, fresh tomato sauce, and herbs, amongst other seasonal ingredients.  Tre Soldi caters to the casual wine drinker as well as the sophisticated connoisseur with their value-driven wine list.  The diversity of their wines allows diners to match wines to courses.  The cocktail menu plays on the classics such as the Manhattan, Spritz and Negroni.  Two of Tre Soldi’s signature cocktails are the Blush Negroni and the Roman Spritz. Spritzes are light and refreshing in summer, very big in Italy and are often ordered after work and before dinner. The beer menu reflects the micro-brew scene that is heating up in Italy including the popular large format pours. The staff is happy to recommend the best choices to pair with each menu item or to make suggestions based on your price point. 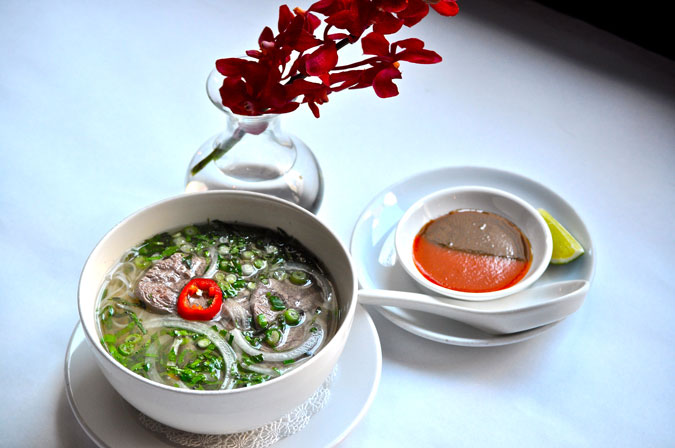 Reminiscent of another time and place, Le Colonial is Chicago’s noted upscale French-Vietnamese restaurant which vividly recaptures the beauty, romance and spirit of French colonial Southeast Asia from the 1920s. Managing Partner Joe King describes the restaurant’s cuisine as traditional Vietnamese and the restaurant’s ambiance and décor as French-inspired. Le Colonial is situated in the heart of Chicago’s esteemed Gold Coast in a charming two-story vintage row house featuring a main floor dining room, seasonal outdoor café on the first floor, and a bar, lounge and all-season terrace overlooking Rush Street on the second floor, all featuring savory authentic Vietnamese cuisine. 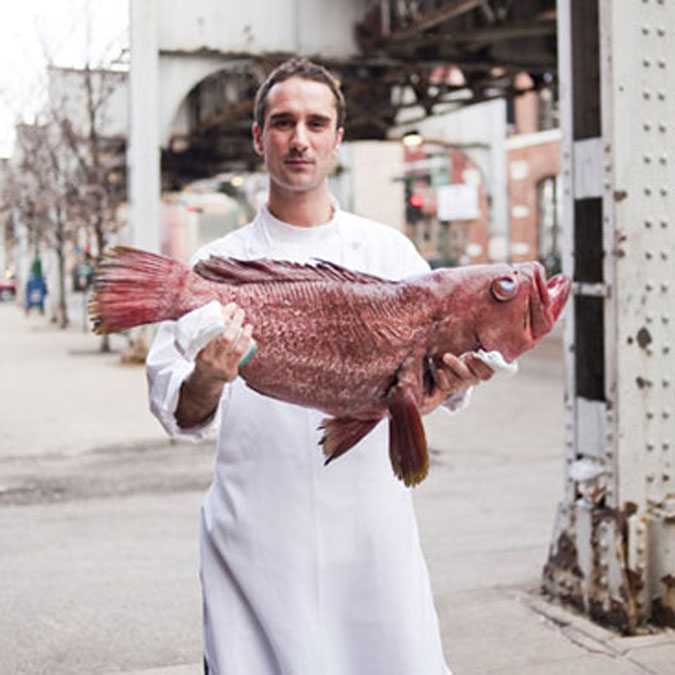 A Fin-Tastic Image From The Coco Pazzo Photo Gallery

Jack Weiss opened his first restaurant, Coco Pazzo, in 1992 which has since established itself as a classy and sophisticated Italian restaurant in Chicago. The beautiful loft setting is the perfect environment for friends or business associates and the impeccable seasonal menu has earned notoriety from the Italian government and Chicago critics alike.  Coco Pazzo’s successful interpretation of classic Tuscan- Italian inspired food has led to rave reviews from critics and awards including a DiRona Award (Distinguished Restaurants of North America), an IFMA Award (International Food Manufacturers Association), and the Accademia Italia Della Cucina Award.

Executive Chef Federico Comacchio continues to create a seasonal Tuscan menu abundant with both traditional and contemporary dishes.  Born in Italy, Chef Comacchio is passionate about the clean, clear flavors of Tuscany. He believes that every dish should simply express the fresh ingredients from which it is prepared. His heritage and vast culinary experience make him a real Italian ambassador at Coco Pazzo. Freshness is at the core of Coco Pazzo’s menu.  From tiny wild ramps, pea tendrils, and lamb in the spring to wild boar, house-made duck prosciutto, and wild-caught salmon in the fall—Coco Pazzo always offer the best of the season.

Very few restaurants offer the amount of personal dining options that Coco Pazzo offers their patrons. Their private dining options provide the perfect setting for birthday parties, rehearsal dinners, and important client occasions. They go so far as providing a chef’s tasting menu designed just for your party, making sure to accommodate all dietary requests.

To complement the menu, Wine Director Tamra Weiss has compiled an Italian wine selection that offers something for everyone. Her goal is to keep the ever-changing wine lists interesting and appealing with an abundance of affordable price points. Coco Pazzo offers an award-winning 200-bottle all-Italian wine list with over 20 wines available by the glass. Serious wine lovers will appreciate the breadth and depth offered in the Tuscan-focused selections, including those that are hard to find. From the illustrious to the lesser known, Coco Pazzo’s wine selections are balanced with a wide variety of reds and whites offered at a good value.

If you’re looking for top level service, a great atmosphere, and a well-dressed crowd, then head over to this River North gem!