We’re big into golf – and so it was a nice surprise to learn our indie rocker friend Lizard McGee is also a fan of the sport. Well… maybe, more so!

You see Lizard has a Scottish-style 9-hole course on his property in Ohio, co-founded an annual “underground renegade golf tournament,” and will be featured playing mini-golf in ABC’s Holey Moley on May 28th.

Additionally, Lizard also has paired up with Americana musician Trapper Haskins to form a Golf Rock duo called The Müligans.

Here’s their latest song, Heart-Shaped Bruise, which was inspired by Lizard being “hit with a wild golf ball.”

Lizard isn’t just about golf, though. Below he tells us more about his other Favorite Things. 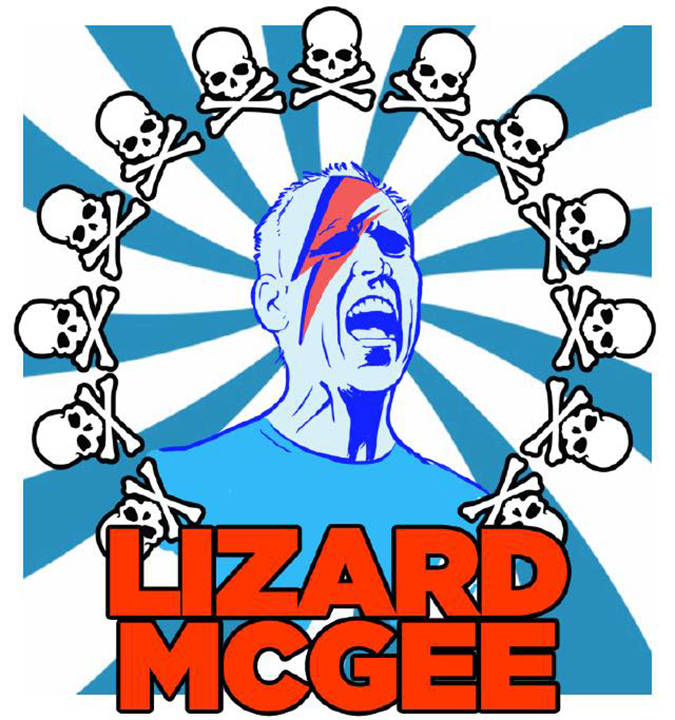 MY FAVORITE MOVIE, AND WHY

Moonstruck with Cher and Nicolas Cage. I’ve always been fascinated by the moon. I love how it looks, how it changes, and how it can affect human behavior. I also watch a lot of romantic comedies and this one is exceptionally well-written, paced, acted, and directed. Cher is beautiful and an incredible actress, there’s that. I’ve gone on a bender before watching all Nic Cage movies. I’m a fan. He often goes for a weird, bigger than life performance and I enjoy that. This is one of the movies where he bends himself close to the edge of a bizarre performance at times but manages to keep himself inside the lines and make it all work. Moonstruck features some heart-on-your-sleeve monologues and Cage really gives them fire. 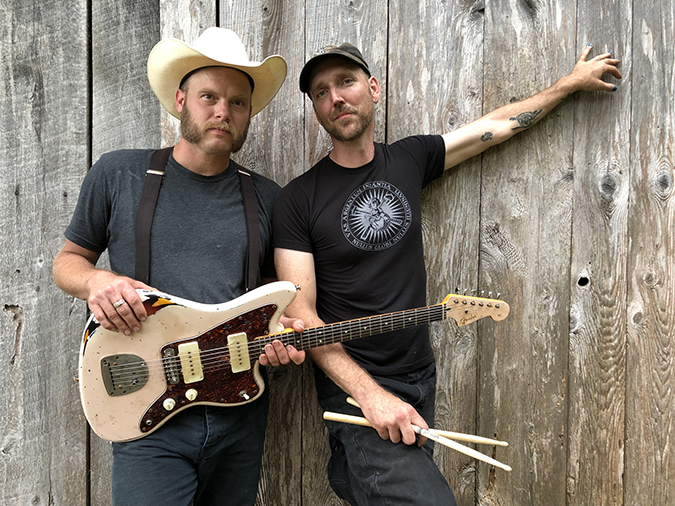 MY FAVORITE BOOK, AND WHY

The Master and Margarita by Mikhail Bulgakov. Number one, I relate to stories where the protagonist is either in a band or a writer. This expansive and incredible Stalin-era novel was published after the author’s death and was heavily censored at the time. I’m a sucker for the darkly comic supernatural tone of this book. It has strong female characters, centers around romantic witchcraft and features a large, sarcastic, vodka-drinking cat who works as an emissary of Satan. What’s not to love?The novel jumps between 1930s Moscow and Jerusalem in the time of Pontius Pilate.  It is sprawling, deep, and touches on commentary of Art, Religion, Government, Love and the Occult. Perhaps someday I will experience the joy of reading it in its original Russian… but probably not. 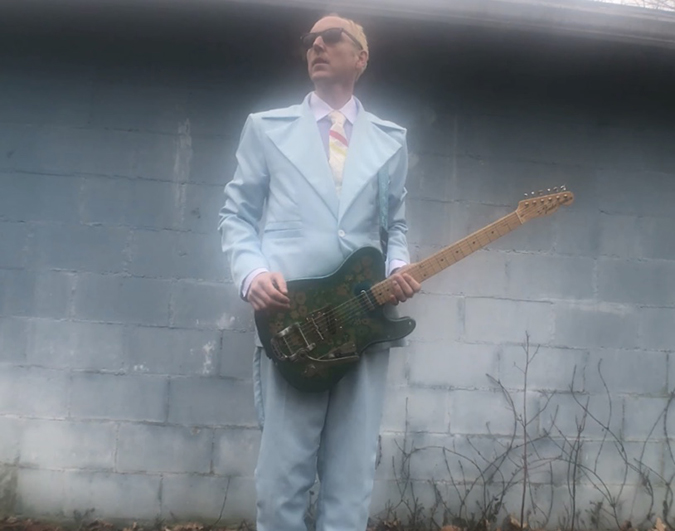 A PLACE I WANT TO VISIT, AND WHY

The Serpent Mound in Adams County, Ohio. I dig wandering around Appalachia and being outdoors. The Serpent Mound is a magical spot with real significance. I’ve been there once but didn’t get to stay long enough so I’d like to pack a picnic and go back.

MY FAVORITE OUTFIT, AND WHY

Life On Mars/Bowie suit. I’m a big Bowie nerd. When I found out that I was going to be on Holey Moley, I knew that I wanted to show my true colors and look cool on TV at the same time. The show told me that they dress most of the players. No way was I going to dress in the usual golfer attire. I told the producers that I was a Rock Star and I was going to dress like one. I found an affordable cosplay version of the blue early-70s style suit that David Bowie wears in the video for “Life On Mars.” Bowie was a style icon and he wore a very specific tie with this suit. My wife helped me modify it so it fit a little better and I ordered a true replica Bowie neck-tie from a fan-site. In the end, the suit served me well and I was able to jump around and get crazy. I will admit, it’s very hard to swim in a heavy water-logged suit. I’m lucky I didn’t drown. 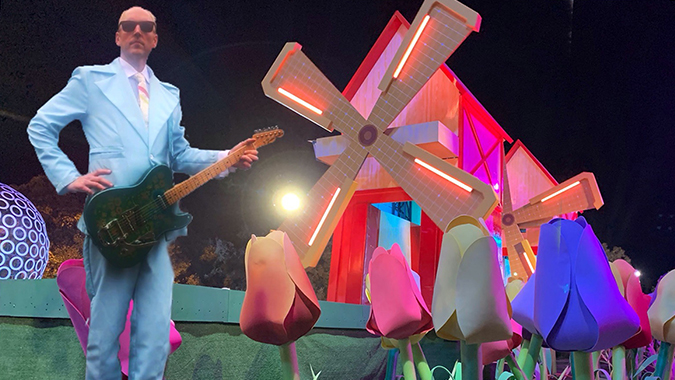