Films From India – Our Movie Review of Freaky Ali

It was the Nawazuddin Siddiqui and Arbaaz Khan-starrer Freaky Ali – India’s first-ever movie made around golf.

With plenty of heart and slapstick, the production teed off well.

But we keep asking ourselves: did the effort land firmly on the green or did it slice into a patch of rough?

The film centers on our main man Ali (Nawasuddin) – a self-deprecating commoner who’s stuck in a rut and trying to make ends meet before taking a swing at golf stardom.

We’re certainly charmed by Ali. We meet him selling undergarments on the sunburned streets of Mumbai, and watch as he transforms into a rising golfer who competes against a not-so-gentlemanly champion (played handsomely by former model Jas Arora).

So, yes, we’re taken by the story of  Ali’s meteoric rise.

Here’s a man who once struggled to pronounce the sport, having called it “gulf,” who finds himself as a professional golfer.

* There’s some extra side-story spin for an audiences seeking unity and secularism. Ali was an abandoned Muslim youth picked up from streets and raised by a good-natured Hindu woman.

* There’s a potential love interest. You can’t go wrong there.

* And there’s an unforeseen problem. Ali’s best friend (played nicely by a wooden-faced Arbaaz) is not what he seems to be and wants to derail ’s Ali’s career.

In all the, the film positions a once downtrodden Mumbai boy as a star on the rise. And what’s not to like there?

It’s just at the end, you get the sense that Freaky Ali is surprisingly good but not good enough.

Freaky Ali manages to pull you into the theatre and does make you smile. But it’s upsetting that a movie, marked with an impressive star cast, doesn’t quite pack a lingering punch that’s found in other Bollywood sports movies.

Rating: (one to five whistles, five being the best): 3 Whistles 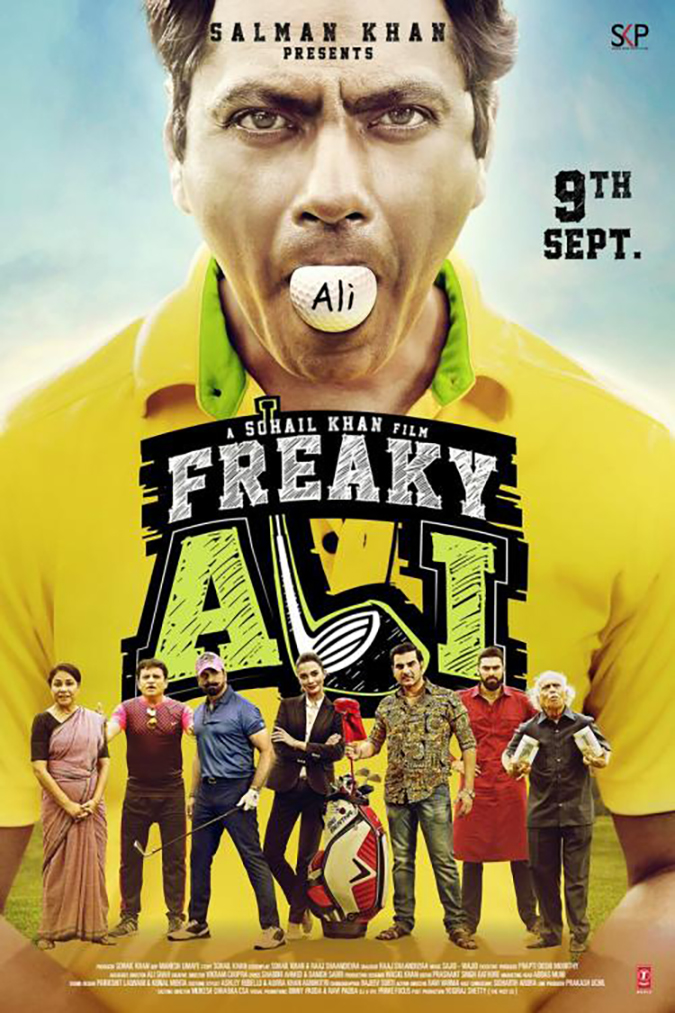