Lists of must-see films for any self-respecting fan almost always include Casablanca and Citizen Kane, and deservedly so. But there are so many other worthy pictures which are often overlooked. So, from film-fan to film-fan, here’s a recommendation from our must-see list. 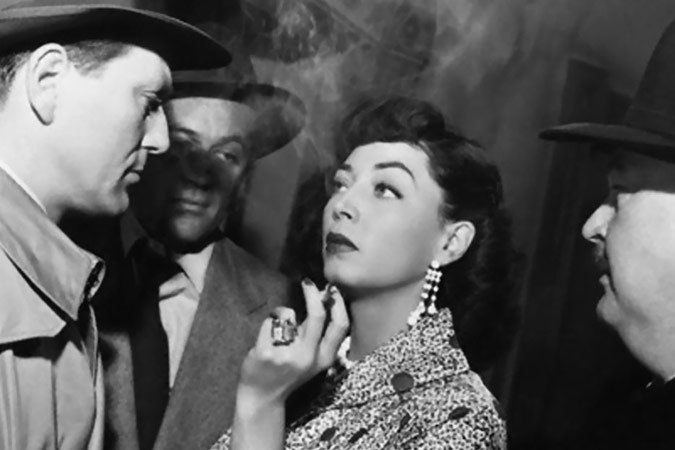 Detective Sargent Walter Brown (McGraw) must reluctantly guard a gangster’s widow named Frankie Neall (Windsor) from Chicago to safety in Los Angeles where she will testify about her husband’s nefarious dealings.

Brown’s every word to Neall just drips with venom. Most of his contempt for Neall stems from the fact that he holds her partially responsible for the death of his partner, Detective Sargent Gus Forbes (Don Beddoe).

No need to worry about Neall, though. Tougher than nails, old boots and steel combined, she is more than a match for Brown. In hot pursuit: three hitmen who don’t even know what Mrs. Neall looks like, just that she is on the train.

In order to safeguard her identity, Neall is secreted away in a private berth adjoining Brown’s. Also on board: the very sweet Ann Sinclair (Jacqueline White) who is travelling with her son, Tommy (Gordon Gebert), and his nanny, Mrs. Troll (Queenie Leonard).

Brown has taken a liking to this family and naturally wants that no ill should come their way. But Neall does not seem to care about anyone but herself. That her presence is a threat to the family’s safety is of absolutely no interest to her, which does not make her any more endearing to Brown.

Does Brown hate Neall enough to turn her over to the bad guys, one of whom has even offered Brown a bribe? Enough to kill her himself?

Most of the film takes place on a train, so the claustrophobia, tension, and twists are almost palpable. Filmed in approximately two weeks, it is proof that you don’t need a lot of time to create something truly outstanding.