SUNFAIR, the latest album from singer-songwriter Melaena Cadiz, is a dreamy and delightful piece of storytelling. The album features little more than vocals and guitar, but while minimal in its approach, still manages to attain depth and richness. This is almost entirely due to her voice’s mesmerizing lilt and inflection. Cadiz has the kind of voice young men give their imaginary ideal girlfriends – it soothes and inspires, and is utterly, utterly enchanting.

Every now and again, an album comes along and makes you “see” the music. It literally creates visuals in your mind, or encourages you to remember experiences you had. This is one of those pieces of music.

If I was a filmmaker, I’d want to make music videos for every song on this album.

Here’s an idea… someone create the second season of My So Called Life, 20 years later, with this as the soundtrack, because amazing.

Yeah, I’m old, but the idea’s still genius and you heard it here first. Just sayin’.

And now… the music and words of the extraordinarily talented Melaena Cadiz. 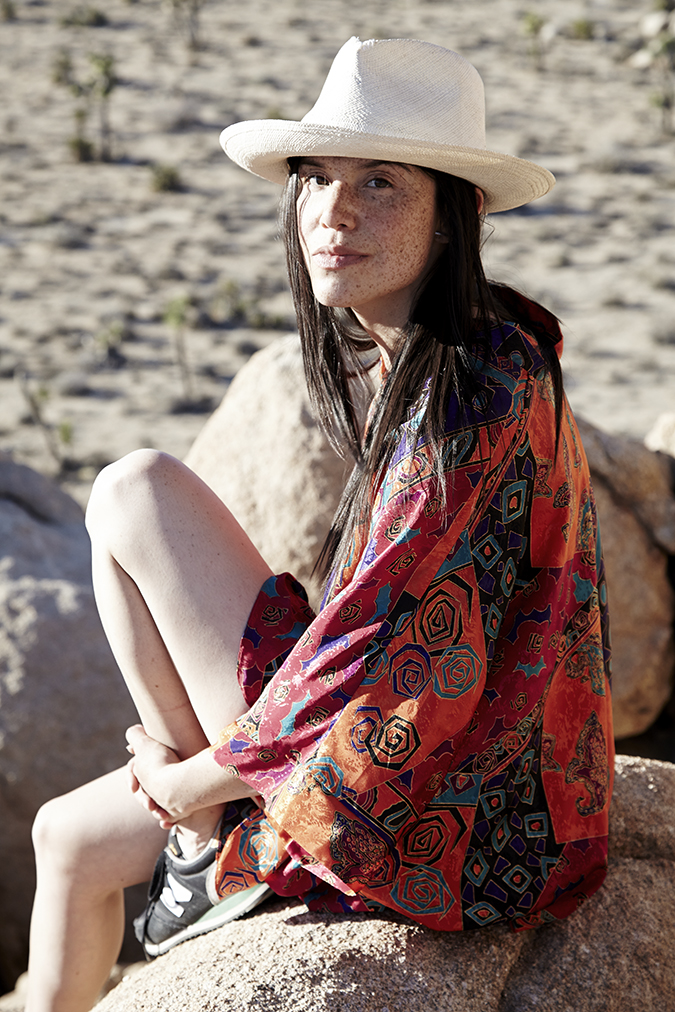 Nothing that mortifying, really. Those moments where you forget the words to your own songs are always embarrassing.

I love pretty much everything about being on the  road. I love driving, seeing new towns I wouldn’t otherwise get a chance to visit, staying in roadside motels, meeting new people. I became a mother this year and so far my husband and I have been touring together with our little girl in tow. It’s an awesome way for her to grow up, I think it’ll make her resilient and adaptable. But for the moment it means we sleep very little on the road, which is super hard. Hopefully that will change as she gets older.

Captured Tracks on the street where I used to live in Greenpoint, Brooklyn. It was a great little neighborhood spot.

It’s hard to pick just one. Springsteen’s “Darkness on the Edge of Town” always comes to mind. I love the way he tells stories and builds a song.  I’ve always been drawn to writers like Raymond Carver or Virginia Woolf, where a discreet little moment can be an opportunity to illuminate the fleeting beauty of our human experience. For songs, Jason Molina’s “Just be Simple,” “Moon River,”  Karen Dalton’s “Something on Your Mind.”

Ha. My husband. We both travel a lot so we’ve drawn up Armageddon maps of where to meet in case of an emergency. They’re half a joke and half totally serious. 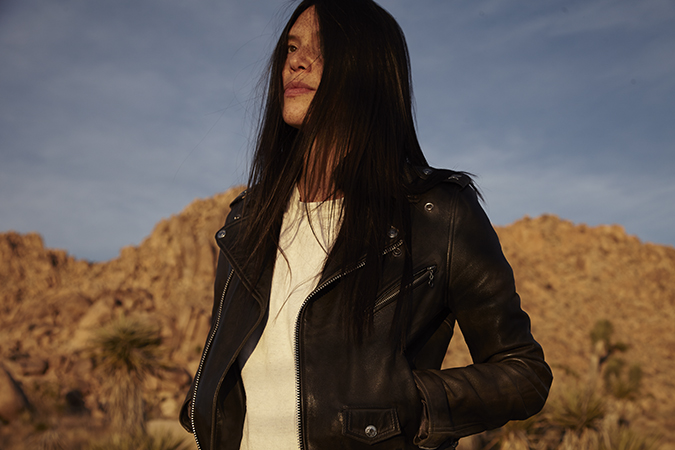 a. Tell us a little bit about yourself.

I grew up between my mom’s place in Michigan and Singapore, where my dad lived for a number of years. I lived in Seattle for a while, Paris, New York, and then just moved to southern California.  This is the first place I’ve felt a kind of permanence.

b. What prompted your move to southern CA? How has it affected your music? What if anything did you miss about NYC?

I spent a month two winters ago in Joshua Tree writing my newest album, SUNFAIR, and fell in love with California. I’d been living in NYC for almost 12 years and was ready for a change. We decided to move to Los Angeles. The desert has been really inspiring for my music and there’s a great vibe in L.A. right now, so many creative people with time and space to collaborate. It’s really invigorating.

c. We read on social media that while on tour in Oakland your car was broken into and everything was stolen, but that it had something of a happy ending. What was the story?

That was crazy. On tour a couple years ago for my last record, we stayed at a friend’s place in Oakland. We unloaded the car that night because we knew break-ins were rampant, and the next morning loaded everything back in and walked a block to grab coffee. In the 20 minutes we were gone, someone broke in and stole pretty much everything. My husband’s a photographer and he had been shooting on 35mm film for a book. Everything else was replaceable, but that was the biggest bummer, he lost all that undeveloped film.

Two years pass and then a month ago a woman contacted us saying she had found a box at a yard sale with some random film, notebooks, and our marriage certificate. She mailed it back to us and it was all the film he had lost. It was pretty magical.

d. Are we in a folk renaissance now? Why? Why not? And who are some current folk artists that our readers should be listening to?

When I talk about folk music I think of that stripped down sound that was big in the 60s and 70s where a lot of the focus was on the storytelling. I think people are being drawn to that simplicity again.  They probably wouldn’t call themselves folk artists but I love Jessica Pratt’s work, Ryley Walker, Damian Jurardo’s new album is amazing. 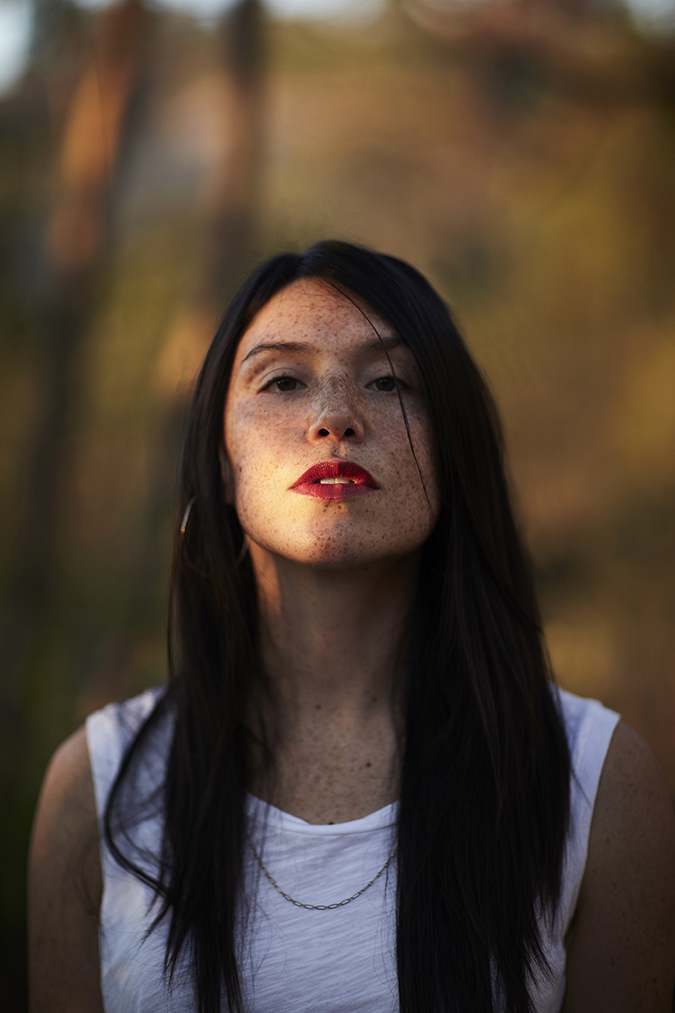 To learn more about Melaena, please visit the following sites:

All photos courtesy of Melaena Cadiz and photographer Mikael Kennedy.