Egypt: Hundreds of Muslims were killed during prayers on Friday (Nov. 24) when 25 to 30 militants struck the al-Rawda mosque in Bir al-Abed in Egypt’s north Sinai province.

Militants also burned vehicles to block access to the mosque.

Most of the victims are believed to be followers of Sufism, a branch of Sunni Islam.

The attack may be timed to match the festivals that are being held in Sufi-affiliated mosques to celebrate the prophet Muhammad’s birthday.

No group has yet claimed responsibility for the atrocity, but on Saturday, Egypt retaliated by sending airplanes to bomb “terrorist” location targets in mountainous areas around Bir al-Abed where weapons and ammunition were stocked, according to the Guardian.

For more we go to the BBC:

Indonesia: Mount Agung, a volcano in the tourist island of Bali, Indonesia, erupted on Saturday (Nov. 25), with tens of thousands still stranded as the international airport was forced to cancel flights.

Authorities have warned that people within a radius of 7.5 miles from the crater of the volcano should leave the area.

For more we go to CBS This Morning:

Zimbabwe: Robert Mugabe resigned as the president of Zimbabwe after 37 years of autocratic rule.

The former president will receive several millions of dollars of cash payment and immunity from prosecution for his resignation.

And he will continue to receive a salary of $150,000 until his death, after which his wife will start to receive half the amount.

The couple can still take residency in the Blue Roof, their mansion, in the state capital of Harare, and be attended to by a full ensemble of domestic servants and security staff, all on the government’s payroll.

Mugabee has been succeeded by former government minister Emmerson Mnangagwa, a resilient political leader known as “The Crocodile.”

Mnangagwa was sworn in on Friday (Nov. 24) in Harare’s main stadium, with promises of  “a new democracy.”

For more we go to IBTimes UK … 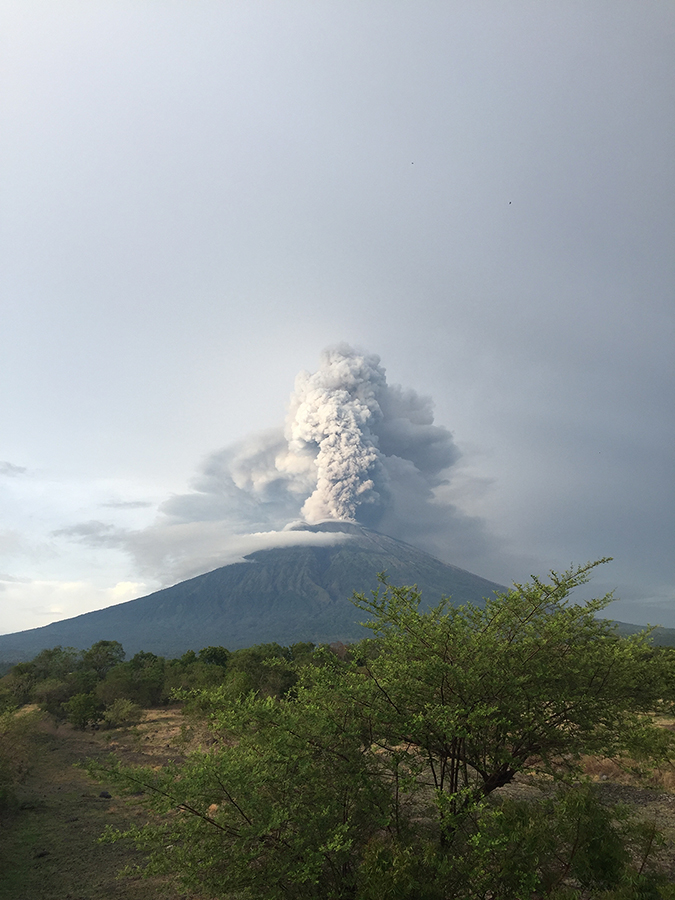