Kanye is on the mend, and the Victoria’s Secret show rolls around just in time to turn up the heat a few notches on these cold autumn nights.

Your Celeb Sundae is served.

Kanye West has finally been released from the hospital after a week-long stay at the UCLA Medical Center following treatment for exhaustion. Yeezy has had his share of stress lately, a heavy concert schedule, running a clothing business, and and most notably being married to the most famous Kardashian.

Mariah Carey was spotted in Maui frolicking on the beach with her new boyfriend, back-up dancer Bryan Tanaka. Her ex, Nick Cannon, had the last laugh, however, posting a great TBT snap on Instagram schooling Tanaka.

Ellen DeGeneres had Jennifer Aniston on her show and she came up with a new game: Sumo Suit Charades. Hilarity ensued.

Its that time of year again when you gather with family … and count your blessings … and also watch the Victoria’s Secret Fashion Show!!

Prince Harry was in Barbados to celebrate the 50th anniversary of the island’s independence. As a bonus he got to meet Rhianna!

In other Riri news, the singer was in Abu Dhabi at the same time as her ex Drake. Any thoughts of them reconnecting were squashed when (1) Drake didn’t join Rihanna onstage for her final performance of the year and (2) Rihanna immediately flew out of the country after the concert. The Hotline Bling might have finally burned out on these two.

Gwyneth Paltrow tried on a few new occupations in a funny episode of “The Scene’s Derek Does Stuff with a Friend!’’ She may have a future as a spray-tanning specialist if the acting thing doesn’t work – which lately it hasn’t. 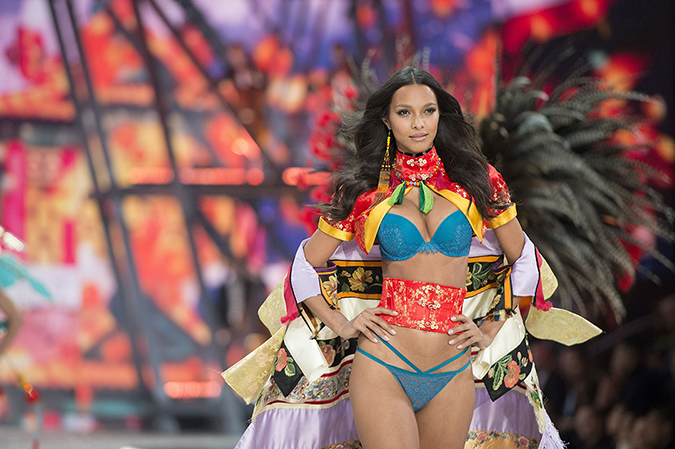