2017’s North American ticket sales are lagging a bit behind last year’s, roughly 10%; however, a quick glance into March reveals a landscape primed with potential popcorn hits, as “Logan,” “Kong: Skull Island,” “Beauty and the Beast,” “Ghost in the Shell,” and “Boss Baby” all open in what will be equivalent to box office global warming.

Until then, audiences are left with slim pickings in cinemas, as this past President’s Day weekend can attest to, with three new releases all failing to top $20M over the traditional holiday. Sure, Hollywood hedged their bets, launching “The LEGO Batman Movie,” “John Wick 2,” and “Fifty Shades Darker” the weekend previous; however, you’d think a film that cost $150M might be able to top the leaderboard.

Welcome to the new times. Matt Damon may have been posterized above “The Great Wall,” but the Chinese-American co-production left fans of “The Martian” and “Jason Borne” a bit perplexed. The fusion of the #1 and #2 movie markets in the world will eventually happen, but a debut of $18M is a misfire, domestically speaking.

But does that even matter? Fortunately for Chinese investors, the film has already built up $244M overseas–$170M in China alone. Welcome to the new Hollywood math. Truth is, a film doesn’t have to be a hit in North America to be a success anymore.

Sure, it’s early, but meditate upon this truth: on a worldwide level, five of the top ten grossing films in 2017 are of Chinese descent (or partial descent): “Kung Fu Yoga,” “Buddies in India,” “Duckweed,” “Journey to the West: The Demons Strike Back,” and “The Great Wall.”

That should make it pretty apparent as to why we’ll see a lot more of films that attempt to cross-pollinate cultures, and hopefully, they’ll keep getting better.

If it ain’t broke, get the hell outta here with that scary-ass wrench. That’s the motto that Blumhouse Productions has been staking claim to, routinely spending less than $10M on their horror flicks, while dominating the box office with their own brand of micro-budget madness.

Universal, as is usually the case, is the beneficiary of Blumhouse’s brain trust, which drops the racially-themed thriller “Get Out” from writer/director Jordan Peele, of “Key & Peele,” who makes his directorial debut.

In 2,700+ theaters expect the R-rated chill pill to swipe the #1 spot from “The LEGO Batman Movie,” with upwards of $25M+ this weekend.

Blumhouse is straight-up killing it at the box office this year with M. Night’s “Split” approaching $200M worldwide. Nothing new for Jason Blum’s house of horrors, which has been the Pixar of horror distribution for some time now. While most chill pills take forever to get out of the red, Blumhouse’s are usually in the black opening weekend, if not opening day.

In fact, if you’re not making horror flicks like Blumhouse these days, you’re just doing it wrong. What does that mean? Fright flicks budgeted at $10M or under, and usually closer to $5M like “Get Out.” No exceptions. That way, even if his films aren’t huge hits, they’re still bringing in bucks.

Without a doubt, he’s this generation’s Wes Craven or John Carpenter. The difference is, he’s going to be around a lot longer. Like Pixar, he realizes story is king, and a killer hook combined with a micro budget is straight up deadly at the box office.

Universal is lucky to be in leagues with Blumhouse. That’s not to take anything away from the great marketing at Universal, but the  fact is, distributors like New Line Cinema and Lionsgate were built on less success than Blumhouse has had.

It wouldn’t surprise me in the least to see Blumhouse take the reins entirely and release all their films under their own banner. They certainly have the right business model in place to do so.

You don’t need a Magic 8-Ball to know the fate of Relativity Media, which since their financial collapse and their stillborn rebirth, has sold off all its film assets, including Open Road’s “Collide,” starring Felicity Jones and Nicholas Hoult.

The much-delayed $20M, PG-13 action flick will likely live up to its title, crashing and burning in theaters with around $5M this weekend, as it takes the furthest slot from pole position on 2,000+ tracks.

Unfortunately, not even a Mario Kart blue turtle shell could save this box office bottom feeder, as Open Road also lives up to their name, continuing to release a slate of films with barely any road signs for audiences to follow.

Simply put: they need more advertising and better vehicles or they’ll be out of the race entirely–just another abandoned distribution pit stop on the boulevard of broken Hollywood dreams.

Despite Lionsgate ascending to the top of the Oscar heap this year, their track record with family films, especially animated ones, is worthy of their own lifetime achievement award at the Razzies.

Their latest, “Rock Dog,” will show up  on over 2,000+ stages, but will likely be performing solo…er…so low…that it won’t even register audibly. Props to Disney’s Enchanted Tiki Room for that bit.

Expect less than $5M for “Rock Dog,” which will be the third film in six tries to completely bomb over the past two weeks. With a 50% failure rate, studios are collectively rocking a solid “F” rating. And you wonder why the box office is sluggish.

Wolverine, save us, you pithy anti-protagonist. He will, next weekend, when the winter thaw begins, and the box office springs back to life.

Demetri Martin needs his own Netflix series, this much we know. Like Aziz Ansari before him, I feel like outside of his stand-up, we’re missing out on boundless offbeat observations regarding today’s society by not being able to stream his mental meanderings on a more frequent basis.

With “Master of None,” Ansari finally bottled his own sociological spin, the way Hollywood had a difficult time doing previously. Hoping this leads to something like that for the very talented non sequitur quipper of quips, Martin.

Let’s hope this sci-fi action-dramedy thrills, chills, and spills into multiplexes. It’s scheduled for a limited release, so, based on box office biz, we’ll see if it makes it to the BIG SHOW.

Hey, better this than “The Princess Diaries 3” for Anne Hathaway. Those were good, though. Just sayin’.

What the hell is going on with WB’s advertising campaign? When will it end? In the studio’s latest attempt to appeal to…fans of rock n’ roll-infused Game of Thrones?!?

When you make a trailer that’s nearly unwatchable, you can’t think audiences are actually going to buy-in, right? Someone put a fork in it already…nobody in their right mind is even going to attempt to slip the sword out of this stone-cold mess.  No matter how flashy and pretty it looks. 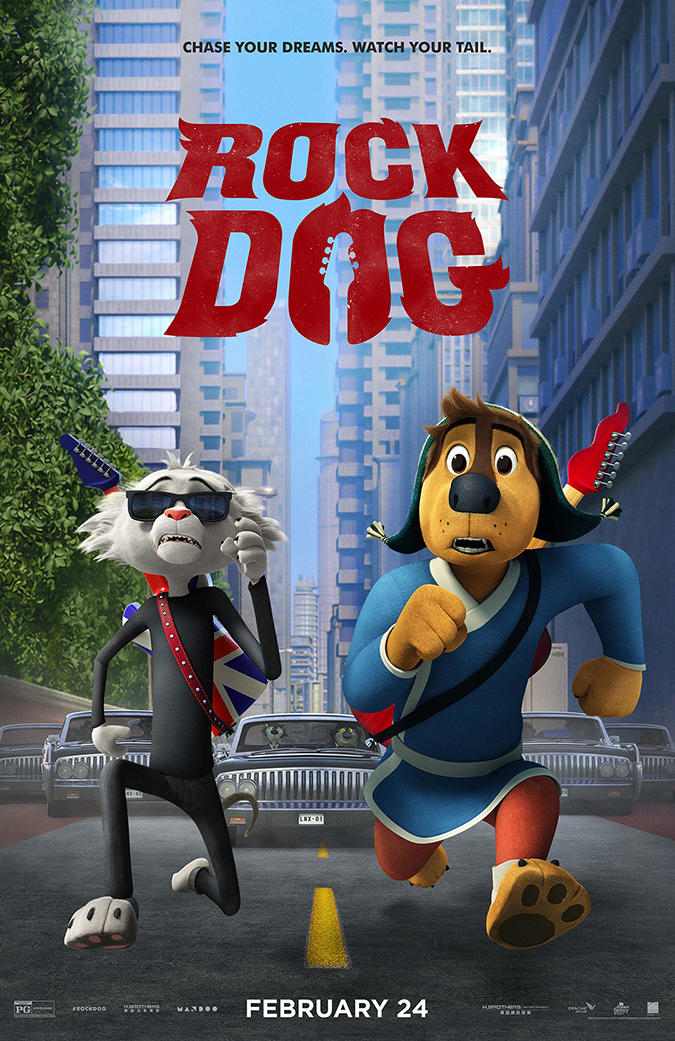