Never judge a band by its name.

A Very Loud Death, a three-piece band from Atlanta, Georgia, reached out to us, and we, being ever the optimists, almost took a pass on their e-mail.

We’re glad we didn’t. With their EP The Castration of the Idiot (yup, that’s the name) we heard a polished band crafting songs that blended the best of Metallica with Jimmy Eat World. Think “Enter Sandman” meets “The Middle” — and throw in some Dick Dale surf shifts and post-punk stylings while you’re at it.

Post-punk stylings, really, you ask? We know, but while listening to the trio’s swirl and shimmer, we swear we heard some Brit indie in A Very Loud Death. We kind of were reminded of U2 and The Chameleons, circa 1980. Crazy, right?

Whatever music they make, we wish the group A Very Cool Journey, and hope to hear from them again soon.

Until then… here are Six Crucial Questions… for A Very Loud Death. 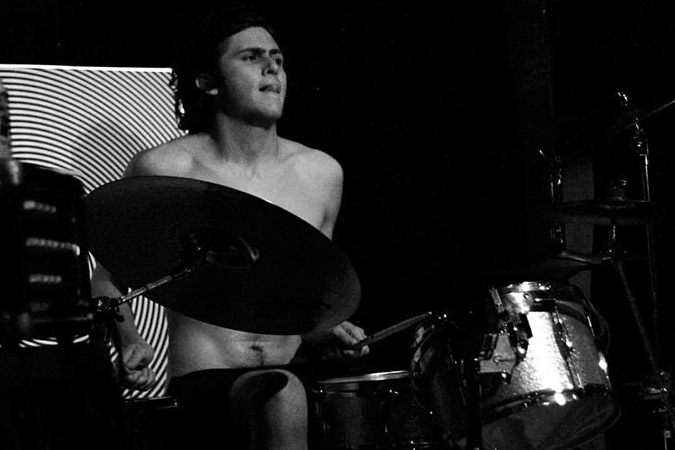 Listening to No Joke by the Meat Puppets with my dad. That’s right I grew up listening to the meat puppets album that was so bad most people pretend that it doesn’t exist.

Probably when I played in the theater band for Godspell and afterwards getting a few too many complaints about how loud the drums were. At least I learned about dynamics that night.

I like the idea of touring and dislike the fact that I’m not doing it.

Criminal Records in Atlanta because of my limited knowledge of record stores.

THERE’S NO PHONE THAT’S HOW SEEDY THIS PLACE IS. 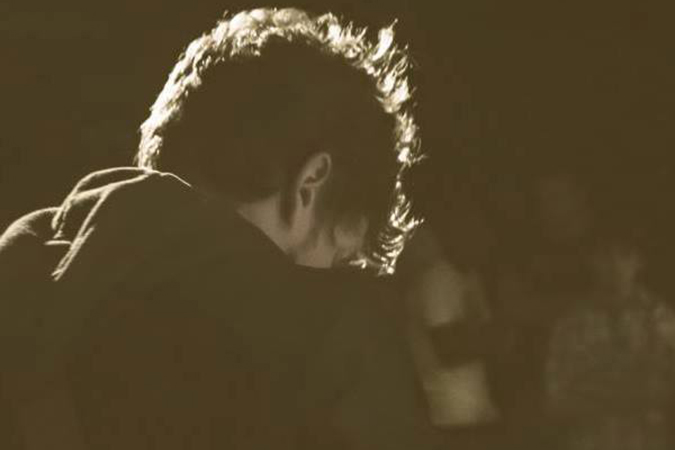 Have you been playing together for a long time?

Bryan and I were always pretty much playing in other people’s bands, or writing for other people. I can’t speak for him, but for me, I just saw a mutual talent in him (and love of the same types of music) and just figured we could definitely start our own thing and work together and make something meaningful.

We worked very closely with a really talented guy by the name of Luke Campolieta of The Ministry Music. He actually contacted us maybe 10 months ago about doing a single (Do Away), we worked with him, and we just had to work together again for a complete work. Voila, “The Castration of the Idiot”. Atlanta bands definitely give him a shout!

How would you describe your music?

In terms of genre, probably rock. We love rock, we love heavy sounds, but we also love ambiance and noise and pop and jazz and whatever. Our tastes are pretty wild as a band. But personally, we just try to make earnest music. But when asked we just say “rock” or “three piece band”. I know, not the sexiest genre. We should come up with something like neo-saloon grunge doo-wop beep boop metal or something…

New Kids on the Block because I was a moron kid. Earliest musical memory that actually changed the course of my life was coming in from school and hearing “Black Dog” by Led Zeppelin. I never heard anything sound like that guitar as a 9 year old. I was hooked and had to listen to the entire album and had to learn to play that instrument.

I fell on stage not too long ago. It happens, but it was the first time in years of being on stage. The floor was uneven and some of the boards were split and I was wearing boots and just really diggin’ the song….or I’m just uncoordinated. Either way, next thing I know I’m on my back. I got up like I owned the place, then later cried in the bathroom. Some of what I said is true, some isn’t.

Money Jungle by Roach, Mingus, and Ellington. I mean come on, those three in a room, on a recording- I still can’t believe it. So much tension of beauty, intelligence, attitude and class on each and every performance. But there is so much music out there, amazing and a favorite for so many reasons.

If I’m doing everything right, I wouldn’t wake up….Man, that sounds dark; but I’ll go with it. 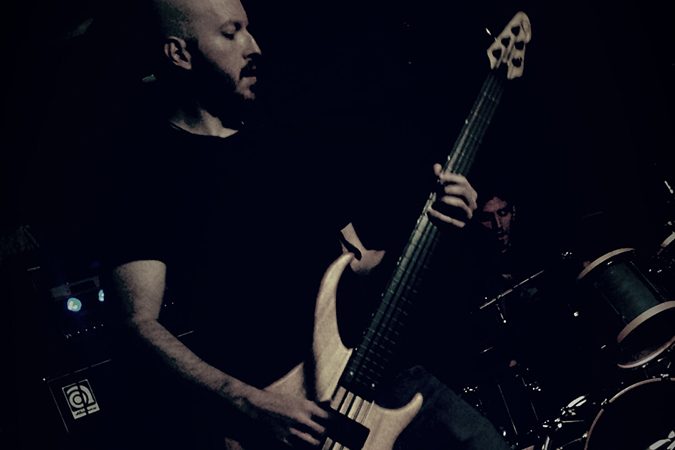 AGE (if you want to give it up): Older

Have you been playing together for a long time?

Chris and I have been in multiple projects over the past few years or so and have a lot of mutual musical interests.  I’m sure I’ll echo a lot of what he says, but we’ve been playing music together for 4 or 5 years now.  As for Cole, he’s a young guy with a lot of energy and heart.  I’ve only been playing with him in this project for a few months now but his work ethic is impressive and the energy he brings makes us excited for what is to come.

My background encompassed many styles with a deep love for rock and roll before Chris and I crossed paths.  After some band breakups, Chris and I decided to start a band incorporating the style of music we both enjoyed and were inspired by, taking that inspiration and making it our own.  From there we started this project, meeting Cole along the way, and it has now become what you have today.

I think Chris covered this and I would just say: what he said.

How would you describe your music?

From the base of things, I always say rock and roll.  But probably whatever Chris said.  I don’t like all these sub-genres, I feel boxed in.

Probably my first was early on, probably when I was around 8-10 years old.  I was about to go see Bon Jovi and Skid Row and I pulled a muscle due to some sport activity, probably basketball or soccer at that time, and couldn’t move and had to stay home while my Dad and my brother went to go see them.

Do I have to answer this?  I’ll give one moment – when I first started playing out I was very nervous and totally bombed my bass lines on a couple songs I wasn’t ready for.  It probably wouldn’t have mattered as much but this was in a cover band playing very recognizable songs.  You learn quickly that you have to practice a lot.  Everyone makes mistakes but that night was rough.  Lesson learned.

I like meeting new people and visiting new places I’ve never been on tour but I dislike the limited availability of good food.

Tough call.  I do like Criminal Records in Atlanta but I think my favorite that I’ve been to so far has to be Amoeba in San Francisco.

This is always a tough question because it changes a lot.  Right now I have to say it probably is The Mars Volta’s Frances the Mute.  That album is crazy and that build on the end is so beautifully done.  There are more and it’s hard to pick just one, especially some classic albums from the past that inspired so many to play music in the first place, but that’s how I feel at the moment.

So, my cell phone is probably dead by then and assuming there is a phone available I’m guessing a hospital.

All images courtesy of A Very Loud Death