Galician culture focuses on the basic pleasures of life. Businesses close down for their daily siestas, families continue to gather for family dinners, and not too long after the Galician sun withers away, fiestas ensue in even the most remote of towns.

To those who are native to the region, in the northwest of Spain, it’s not uncommon to have the full schedule of summer fiestas and their locations memorized ahead of time. Tourists, on the other hand, often have to do some digging to get the scoop on where each night’s fiesta will be held.

Where you’re looking can play a significant role in whether or not you’ll find the plethora of fiestas Galicia has to offer. Most times local gas stations and bus stops will have fliers advertising more timely events. If looking for a flier for a fiesta in August during July you may not find one. However, if you’re looking for a party on the same night or within the same week, this is your spot to check.

Sometimes location for these fiestas is also an issue. Driving through the mountains during the early hours of the morning with no streetlights to guide you can be nerve wracking for a temporary driver.

Know that most towns or “pueblos” are so tiny that it’s near impossible not to hear the music once you’ve reached the properly labeled signs. Upon entrance, each town has a sign indicating where you’ve just entered. If this sign has two bold red lines going through the town’s name then you’re about to exit your desired location.

For this reason, finding larger towns or cities will be easier, finding their fiestas might not be. In this situation it’s best to look upwards. Gallegos have realized that their fiestas are hard to come by and for this reason they’ll typically place a large and illuminated “Benvidos” (Welcome) above the roadways closest to the fiesta.

Follow these to get to your location. Our recommended shortcut to finding fiestas efficiently- learn the basics of Spanish and ask for directions (your best bet) or take our previous advice and have a listen for music, then follow it. 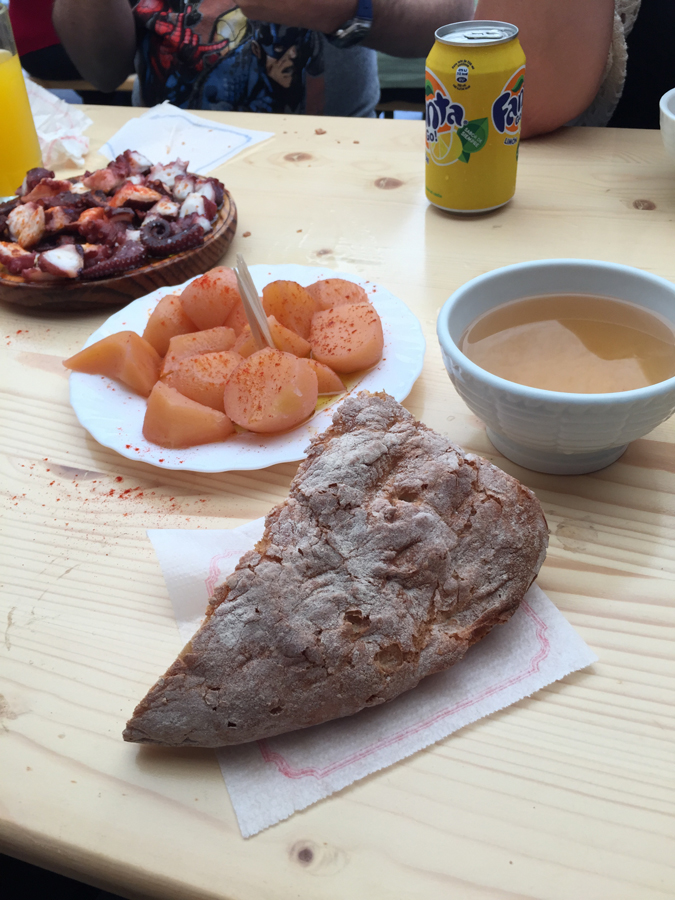 All images illustrative of a fiesta set-up.

Now that you’ve arrived at your first fiesta it’s time to enjoy! The bare necessities at a fiesta are comparable to nightlife at a club – music, dancing, and beverages.

Musical accompaniment can vary depending on the size of the fiesta. Larger cities do not always host larger fiestas. Music choices include orchestras and bands or lavish cover groups using light shows to sing both modern party music and classic Galician songs. At larger events, fiestas will also have a variation of bounce houses, arcades, and games for children. 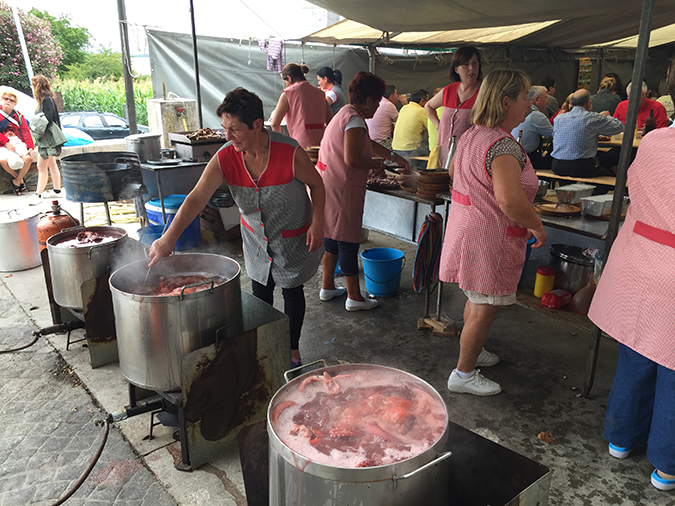 Some fiestas will even hire a Pulperia where those in attendance can go to eat a meal while enjoying sounds of the night. For those who may not know, a Pulperia is often set up as a tent with numerous rows of tables and backless benches for people to eat on. The menu is simple, Pulpo a la Galega (boiled octopus with pepper seasoning) or Churrasco (beef and pork ribs and pork sausage served with an orange Gallego Chimichurri sauce). Boiled potatoes or fresh bread are your two options for sides. 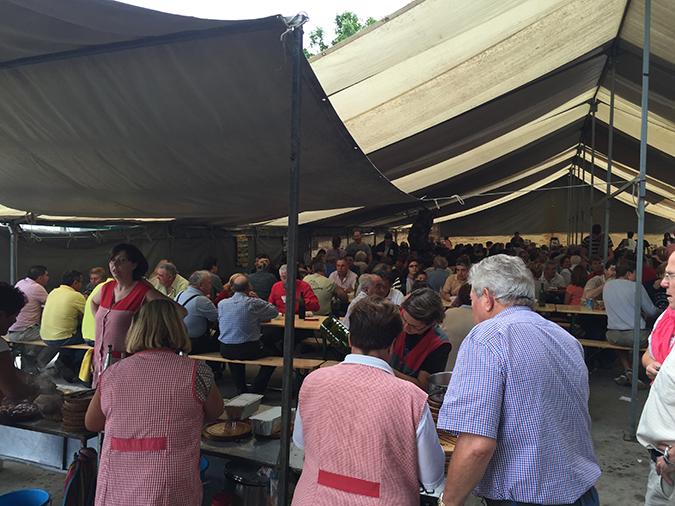 Refreshments at Pulperias show more options including soda, water, wine, and beer. However, if you’re over the age of 18 (or just look it) its obligatory to have a glass of Vino del País served in a chilled white bowl called a cuca. Your only option is red or white? But consider trying both.

A steady regime of dancing a Paso Doble, eating, Pulpo and Churrasco, drinking Vino del Paiís, and repeating should suffice for your first fiesta experience in Galicia. Salud!

Joey Fernandez is a travel and music writer from New York’s strongest island. Drop him a line at joey@newswhistle.com or send him a Tweet (@SenorJoseRafael).