Shopping for groceries in Monoprix the Wednesday before Thanksgiving in France makes me feel really guilty. What is Thanksgiving without watching multiple verbal brawls in Fairway on the Upper West Side of New York?

I miss hearing things like, “F%$! you, lady, and Happy Thanksgiving to you!”

This is the one dinner non-Americans in France love to attend. Even the Brits!!

I order my Turkey from the Boucherie and they cook it for me!! The gravy too! Small ovens in Paris.

I make all the side dishes but I do cheat a little. I know I can make my own cornbread (for my sausage cornbread stuffing) but having that Jiffy box on the counter reminds me of home.

Dinde is Turkey in French. The French thought that this bird came from India (poulet d’inde). Just to know.

So it won’t be a surprise to many that the one dish French people think is “un peu bizarre” (a little weird) is the sweet potatoes with marshmallows. They look very confused when they eat it.  It’s not a cinnamon kind of country. Just to know.

My sweet potatoes recipe is a combination of two other recipes. I have altered the recipe to make it not too sweet because of massive complaints from the French but slightly toasted marshmallow on top is obligatoire! This year they ate almost all the sweet potatoes!!

Countries represented at the table this year? Italy, French, Slovakia, Portugal, England, and Spain (well, my dog Valerie is from Spain).

And, yes, before we eat I ask all the guests to go around in a circle and tell us what they are most thankful for.

I always end up choked up and teary-eyed when I get to the part of being so thankful for my family, friends, and “oeuf cocotte” (baked eggs).

My kids say, “She cries all the time during this part” and then they start laughing at me.  I am in process of trying to find a nice family to take them.

It was a very American dinner but fabulously French with Champagne and Dalida’s “Gigi l’amoroso.” I never thought I would be singing this song at Thanksgiving dinner. Eye-roll.

My recipe this year for the sweet potatoes is a combination of two other recipes. I forgot to take good pictures but you get the idea.

One tablespoon of cinnamon;

One tablespoon of nutmeg;

One shot of Grand Mariner;

One stick of butter;

A package of marshmallows.

I am also including a Thanksgiving poem, which my friend Micheala from Slovakia wrote.

“The Thanksgiving Tragedy” by Michaela Svecova:

A year ago exactly, on this very same day,

a Thanksgiving dinner’s been turned into a gruesome mass grave.

one day happy running around, next day dead by dozens.

In the kitchen the deed’s been done nothing could be crueler,

while pumpkin pies were getting hotter, their bodies got cooler.

On a day just like all others who could have imagined,

While others prepared sprouts and stuffing, here came the assassin.

No one ever found the culprit but I’ve got my suspicion,

You’d be surprised but cases like these get little attention.

Early morning the milkman came, all was still as usual,

according to the paperboy everything seemed normal.

When the farmer brought his produce they were all still quite alive,

but by the time the mail man popped in the death had since arrived.

Nothing could have prevented it, not even a good armour,

from ending like the restaurant scene in the film Godfather!

Someone who once dined in here from the Palermo orchestra

told me the chef cooking here had ties to the Cosa Nostra.

He wrung the necks of all the turkeys totally unflinchingly,

all of them birds in prime of their life, the whole Gobble family.

The mice ate some poison from traps, then one got eaten by the cat,

as for the dog, he got run over while chasing after the rat.

Let this be a testimony of all the injustice,

as you carve your turkey tonight you’re too an accomplice!

None of you feel the way I do, I’m a vegetarian! 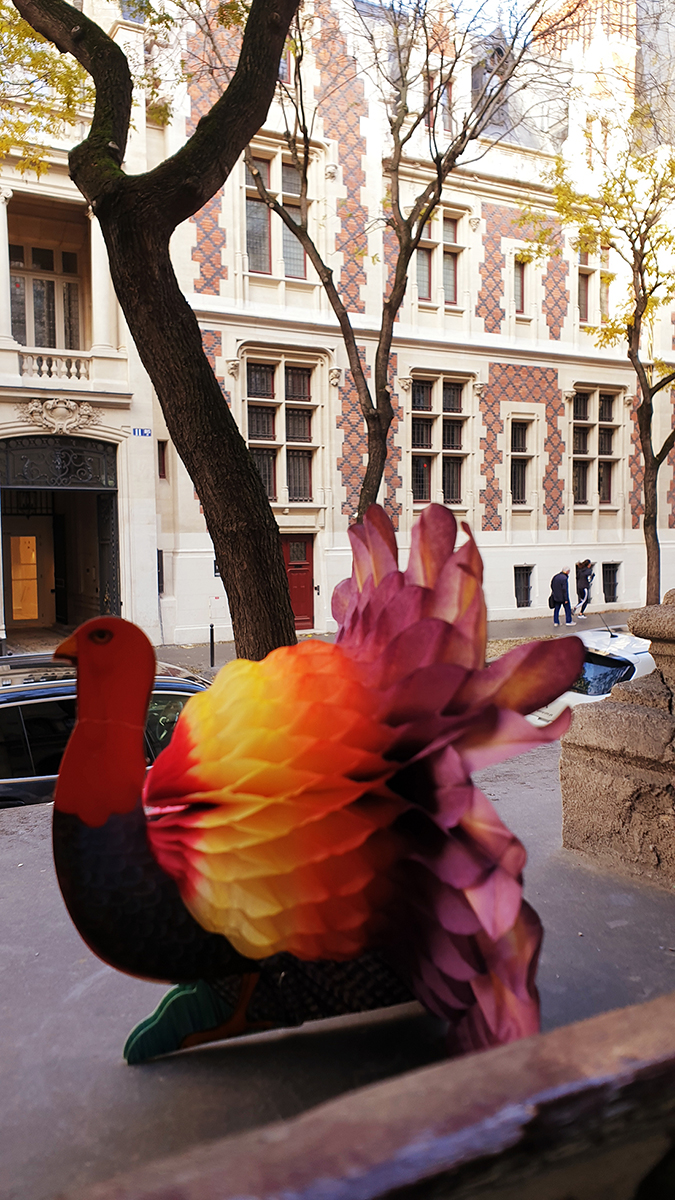