Let’s just get the disclosure out of the way, I’m a friend of Frank Lavin, and helped him with two of his three books.

That’s not to say you should stop reading this interview. In fact, I hope you read on… because if you do you’ll learn about a great guy who’s written a rippin’ good book that chronicles the World War II journey of his father, Carl Lavin.

If you’re a son, a mother, a lover of World War II history, or a military buff, you’ll find lots to like about Home Front to Battlefront, which uses interviews, letters, and other sources to capture the extraordinary times of a young Ohio soldier who witnesses the banality and brutality of war.

Not only does Frank write terrific books, he’s also a businessman and a former member of three American government administrations.

Frank served as a White House political director under Ronald Reagan, an Undersecretary of Commerce under George H.W. Bush, and the U.S. Ambassador to Singapore under George W. Bush.

Currently, Frank is the chairman and CEO of Export Now,  which as “the leading international operator of e-commerce stores in China,” helps American businesses connect with Chinese consumers.

It’s with great pleasure that we introduce you to the Honorable Frank Lavin.

The NewsWhistle Q&A with Frank Lavin 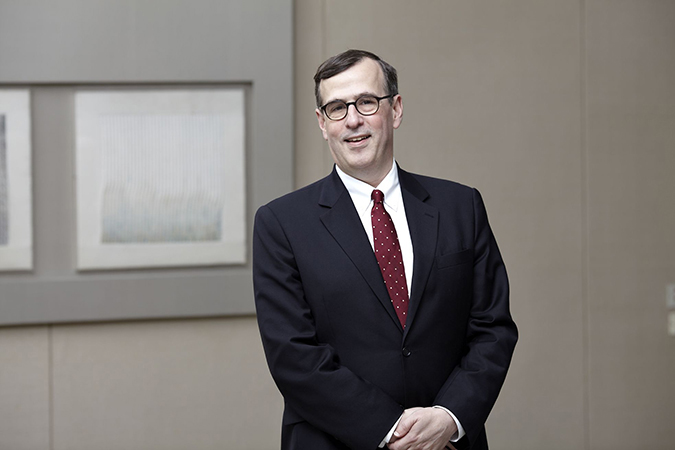 Born and raised in Canton. Went east for school. About half my professional life in government and about half in business, with a long-term China focus running through both.

How did you get your start in politics?

I was involved in the College Republicans. This was during the Cold War and the behavior of the Soviet Union was enough to induce me to get concerned about politics.

What was your most important, favorite or significant government assignment?

I had the chance to serve three presidents, Reagan, Bush, and Bush, and I valued that experience. Two moments stand out – service as White House Political Director under Reagan and service as Ambassador under Bush 43.

How did Home Front to Battlefront come about?

This was a long journey.  It began with my recognition that I knew very little about my father’s World War II service. He rarely mentioned it. So I decided to interview him, if only to know what units he served in, his duty stations, his specialization and training, etc.  This resulted in a 40-page monograph that was only for family history.

Subsequently, I uncovered in the furnace room some 200 letters he had written to his mother between 1942-45. By transcribing those letters and interspersing with the transcript, then re-interviewing my dad, I could then put together a document of over 100 pages of very strong primary material.

This also allowed me to re-interview my father as I had specific details that could be referenced.

After that, I started looking at secondary and tertiary material: government records, oral histories and private papers, and other published histories. 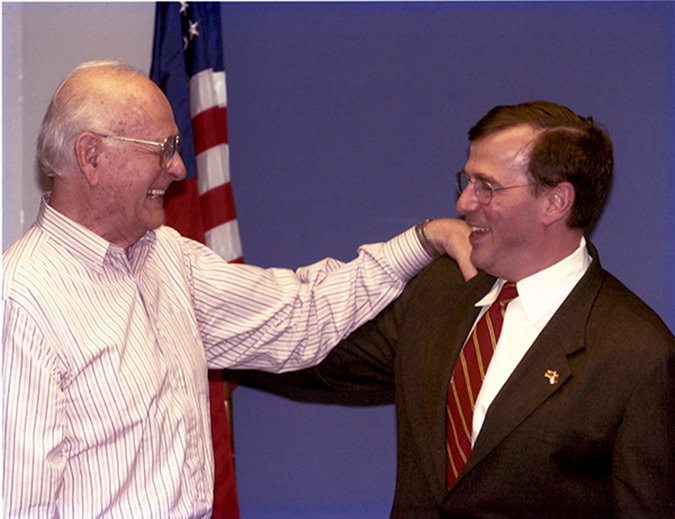 What did you learn about your father that you didn’t know before starting work on the project?

What comes through in this book is that the American GIs are patriotic and dutiful, and still teenagers. They don’t balk at a combat patrol that might result in 50 percent casualties, but when the battalion reviews medical records for inoculations, they have no problem lying and whining to avoid their shots.

A long walk across the desert, and a nice cold glass of water at the end.  I had a fabulous editor in Gillian Berchowitz at Ohio University Press. I had a terrific collaborator in Dan Kadison, who was a strategist, writer, researcher, and friend.

What advice would you give aspiring authors?

First, you need something original to say, either your voice or your subject matter.

Second, write something every day, even a few hundred words.  Save ideas, tidbits, conversations.

Third, get in the habit of publishing, and develop a circle of allies who will critique and improve your work. Write magazine articles, short stories, blog posts, anything.

What advice would you give to people looking at a career in government service?

You first need an academic grounding, whether it be agricultural economics or civil aviation. Specialists add move value than generalists.

Second, you need a passion for your field. If the work excites you, you will put in the extra hours to make a difference.

I have been moved over the past week as I sent out e-mails for the book launch how many of my friends responded with a personal connection with World War II. Frequently it was a father who had served. Sometimes an uncle or another relative. The book is a marvelous tool to connect with old friends and to share something personal. Many of these friends were facing or had dealt with the loss of their parent, so it was a journey of shared grief and also shared respect for their service. 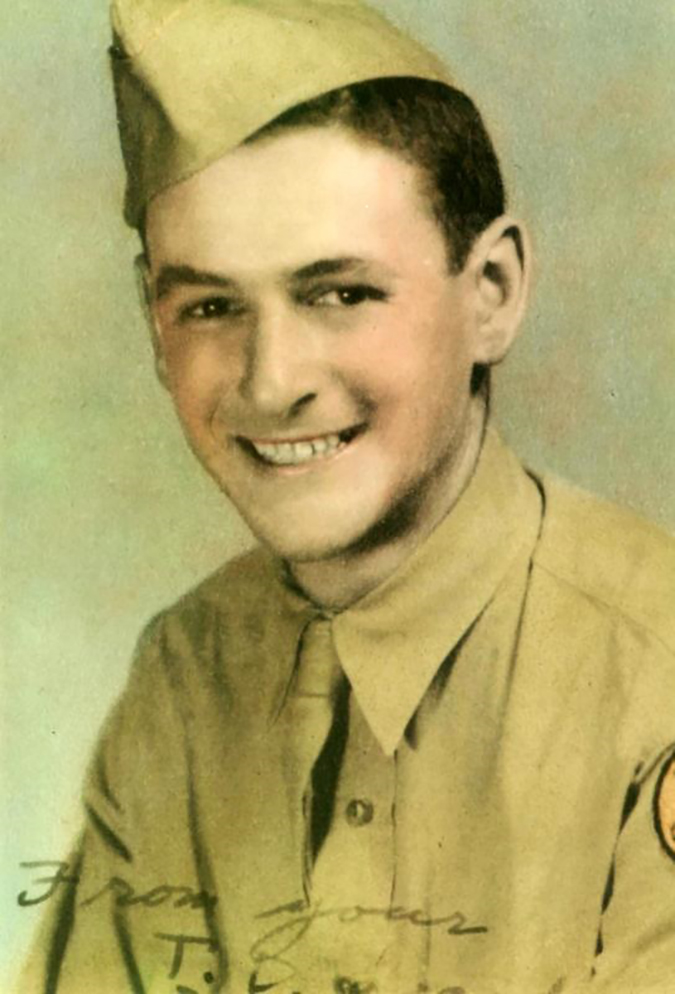 China beckoned. So I left all I knew in the U.S. and took my family to Hong Kong after I left the Bush (41) administration. I have been in Asia for most of the past 20 years. Considerable trade-offs, but highly rewarding as well.

Other than your own book, what’s the best book written about World War II?

I must have read about 40 published works on World War II. The Rick Atkinson The Guns at Last Light was the best formal war history I read. Superb narrative stylist.  I also commend Paul Fussell’s Wartime which is more of a sociological study of how soldiers behave. He was a literature professor and a WW II vet so he has a strong grounding for this sort of discussion.

Tell us a little bit about Export Now. What do you tell companies thinking about doing business in China and APAC?

My full-time job is CEO of Export Now, which launches and operates e-commerce stores in China for international brands. We mainly work with U.S. retail brands and plan and run their China strategy.

What’s it like living in Singapore? Why should people visit? Any recommendations?

Singapore might be the best run city in the world. Americans will find it clean, green, and friendly.

My advice is you must have some capacity for discovery and experimentation.  Do not come to Singapore and try to replicate your life in the U.S., but seek out local experiences in culture, cuisine, history, and friends to learn and grow.

One of the great joys of the book is the book tour. I’d love to hear of your experience with the book and learn about your family connections with World War II. Please look at www.HF2BF.com to see the tour dates 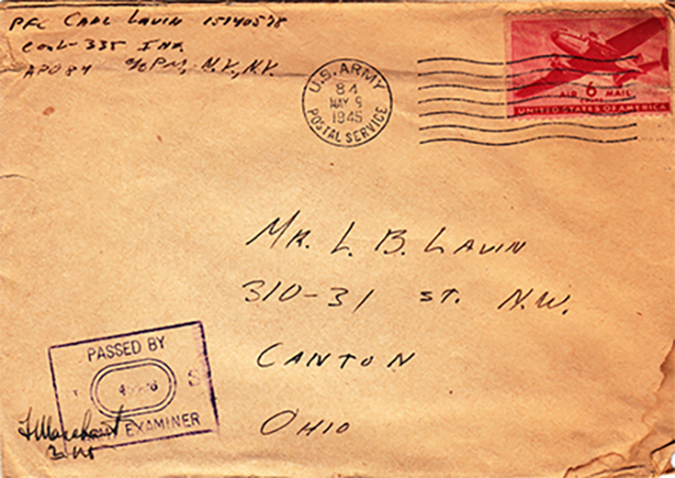