Give a quick watch to see what we mean, and then learn more about this rising talent, whose self-titled album drops on May 26th.

One of my earliest musical memories was at Fernwood Bar in Big Sur, CA. I had to be around five or six. My Dad was playing in the band at the roadhouse that night and my brother and I were supposed to got to sleep in our tent at the campsite down the road while he played all night. I remember sneaking out of the tent and walking up the dark trail to the bar, following the sounds of the band. As I walked onto the steps of the bar, I saw my Dad playing on the stage inside. I hid from his sight and watched the band from the window outside for a while, until my mother saw me and brought me in the bar to dance with her. Seeing him on stage made such a huge impression on me.

I was playing a bar in Santa Cruz called the Blue Lagoon and on our break in sets, an older woman came up and told me she was going to rip my shirt off when we start playing again. I laughed and didn’t think much of it, but sure enough, we started playing and she jumped up and ripped open my shirt open and started rubbing my chest. I was laughing so hard. It was more funny than embarrassing, I don’t embarrass that easy.

I like touring a lot. I like waking up in a different place, I like driving. I like old bars and meeting new people, playing with new bands and making friends. I guess if I had to pick something I don’t like, it’d be waking up hungover on the road, but I don’t drink anymore so I don’t have to worry about that. I’m a road dog, love it.

Well, I’ve got to say that Metavinyl and Streetlight Records are my hometown favorites. Mississippi Records in Portland is awesome, too. I’ve always wanted to visit the Ernest Tubb Record Shop, so I plan to this summer while we’re on tour.

Of all time?? That’s hard… I don’t know about my all time favorite, but I couldn’t get by without my Buck Owens records. 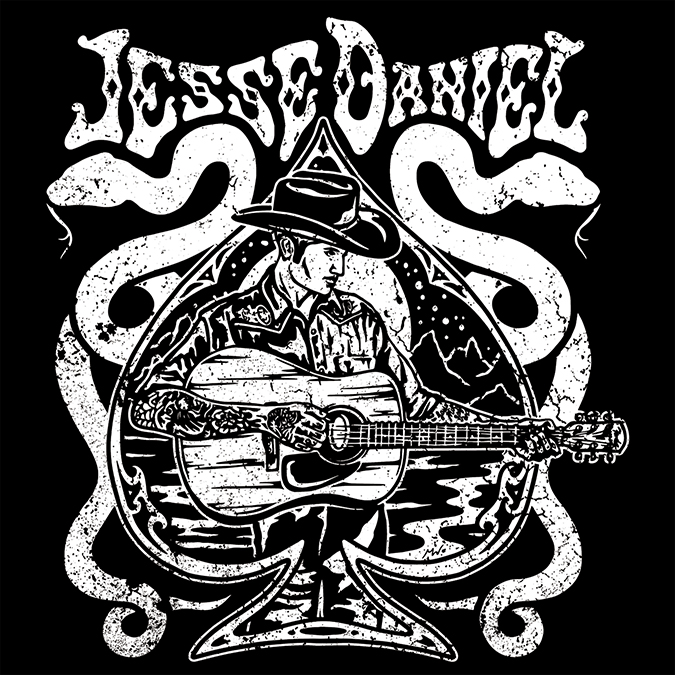