Today marks the 36th day of the Paris RATP strikes and still counting!

During rush hour in the morning, I feel like I am an extra in a slapstick black and white 1920s film in Paris. You know, the one with horse carriages crashing into automobiles swerving out of control.

Except it’s “modern times” and it’s scooters, bicycles, and pedestrians that are crashing into one another.

You know, what expression really gets my goat besides “gets my goat” is when people try to encourage you to do something you have not done in a long time and say you know  “it’s like riding a bike.”  This is false. The problem is that we have people that have not been on a bike since elementary school, and then add inexperienced scooter riders that don’t understand the “trottoir” is off-limits.

You really have to pay attention because it’s just chaotic and sometimes scary in the City of Strikes.

There are always groups of people on the corner frantically entering addresses on their phone (GPS) and some just look up at the sky, almost to say they are giving up. People look lost and tired.

Sometimes you are lucky to even get on a jam-packed bus and all of a sudden two stops later we are all asked to get off because service has ended.  Then you see someone dashing into the metro only to see that the gates are up and someone yells out putain (“f*ck”)!!

Oddly, I find it sexy when Frenchman are fáché or agacé (annoyed) and scream out “putain.” This is the only time.  Unfortunately, they love American curse words, too, but they always use them incorrectly–like they will say, “We are in the shit”. Shit pronounced “sheet.” I will never correct them because this “sheet” makes me smile.

I walk about three hours a day, and to be honest I am done complaining because I have lost most of the holiday weight (every holiday here revolves around gluttony). It’s always something. I never in a million years ever thought I am going to say what I am about to say… but if I have another oyster or another glass of champagne I am going to be malade (“sick”).

On my obligatory walks, I have passed windows and windows of round shiny cakes with a paper crown on top.   That’s because it’s January and it’s time for Galette des rois (“Kingscake”), a tradition that goes back to the Middle Ages. 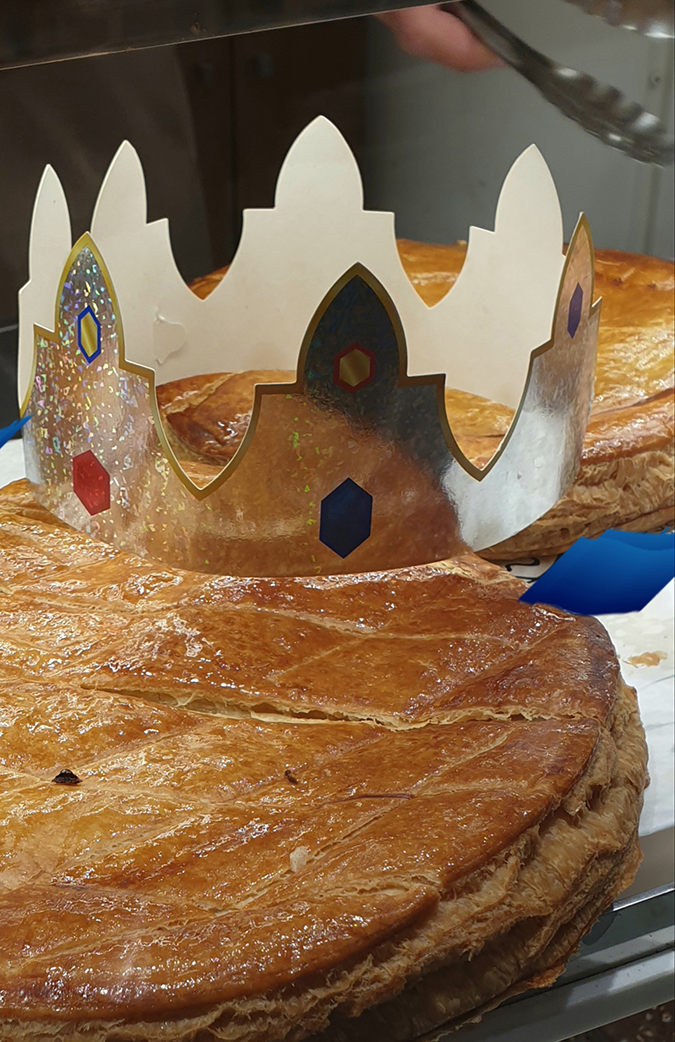 Galette des rois is a puff pastry cake with delicious frangipane (“almond cream”). Each cake has a féve (“haricot”), which means bean. The ceramic fève (“toy,” “chachki”) was put in the cake to designate the king or queen of the feast. The tradition is that the youngest sits under the table while you cut the cake and then the child chooses which slice he wants.  Whoever gets the fève in their cake becomes the King and a Burger King looking crown is placed on his/her head.  Surprisingly, my youngest has held the same title since he was two years old (wink, wink). 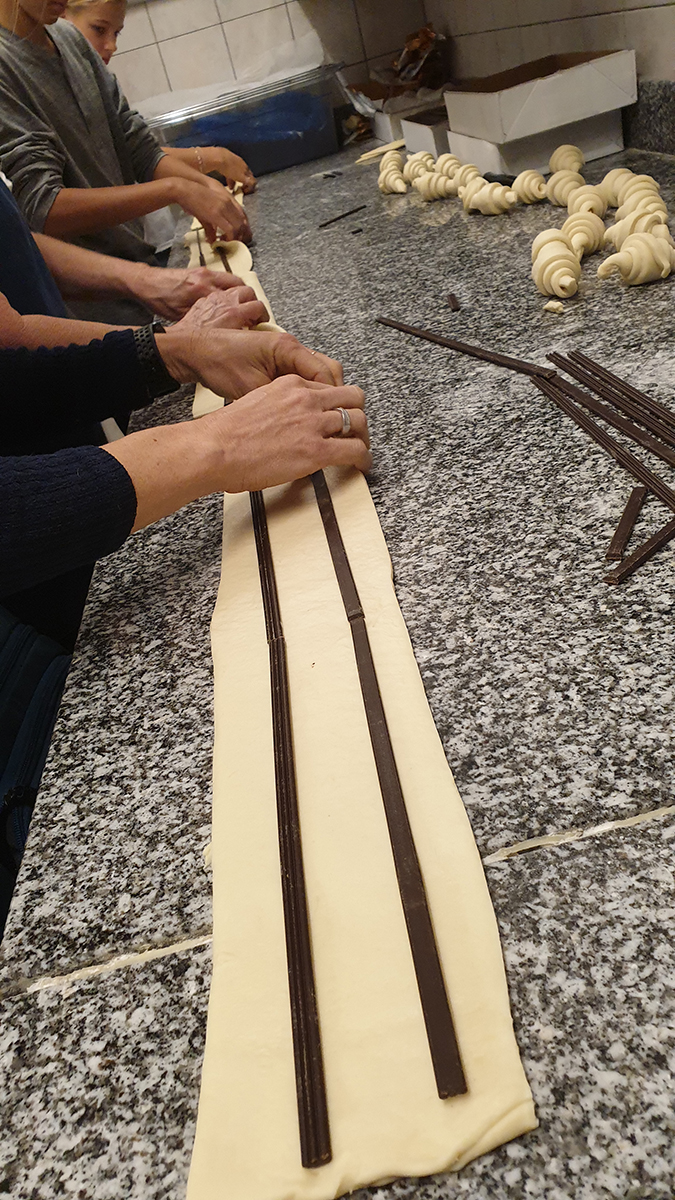 You should definitely do a bakery tour when in Paris. They will teach how to make baguettes, croissants, financier, and pain au chocolate. And you will get a great behind-the-scenes look at the bakery while learning about the baking life.

For instance, by catering to local schools and businesses, Miss Manon makes and sells about two thousand baguettes per day!!

One type of bread, Pain de Campagne (country bread) is a major reason I will not make a move even though I live in a country where striking is a national sport.  This bread makes the pain go away. When you order this bread they will ask you if you want it tranché (“sliced”) and you will say “yes.” You will then go home and toast the bread and spread butter and/or jam on it. This is the “sheet.”

I may have said this before, but it needs reiteration. I used to think that all the good-looking men were kept below the city of Paris. The men above the city walking around with colored shoelaces are mean and moche (“ugly”).

But I was wrong… if you are single on this trip and are looking for a real French man and a hot baguette forget Tinder and get yourself to a bakery immediately.

The workers there are easy on the eyes and know their way around the kitchen. 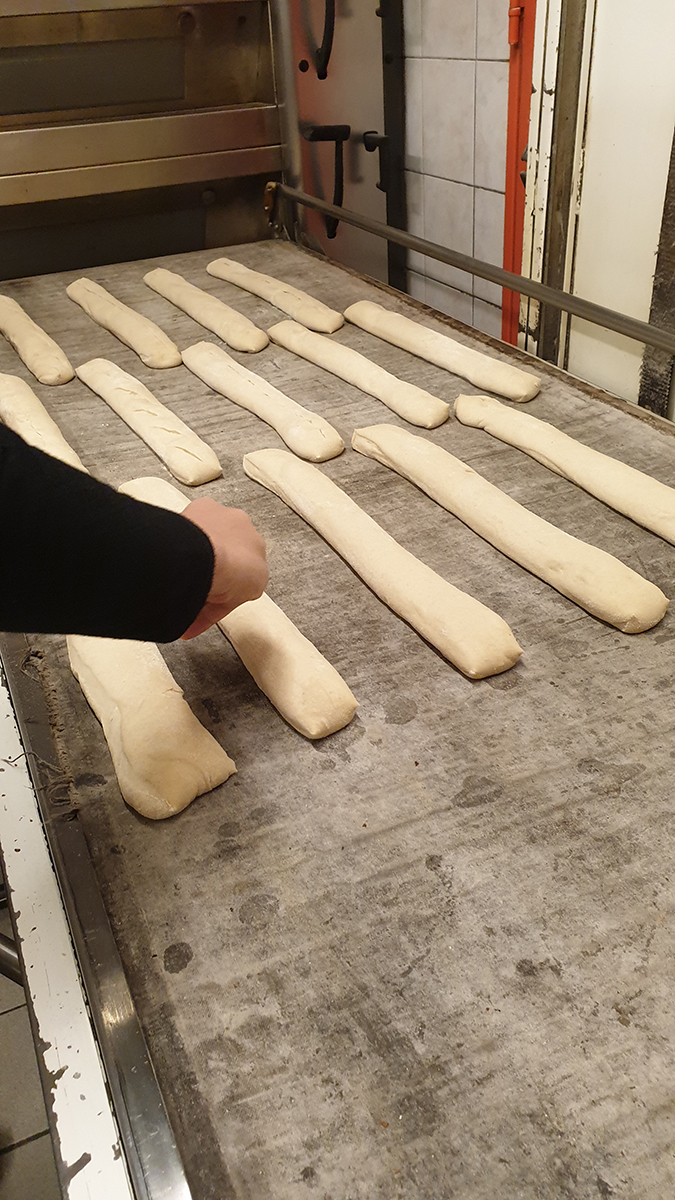 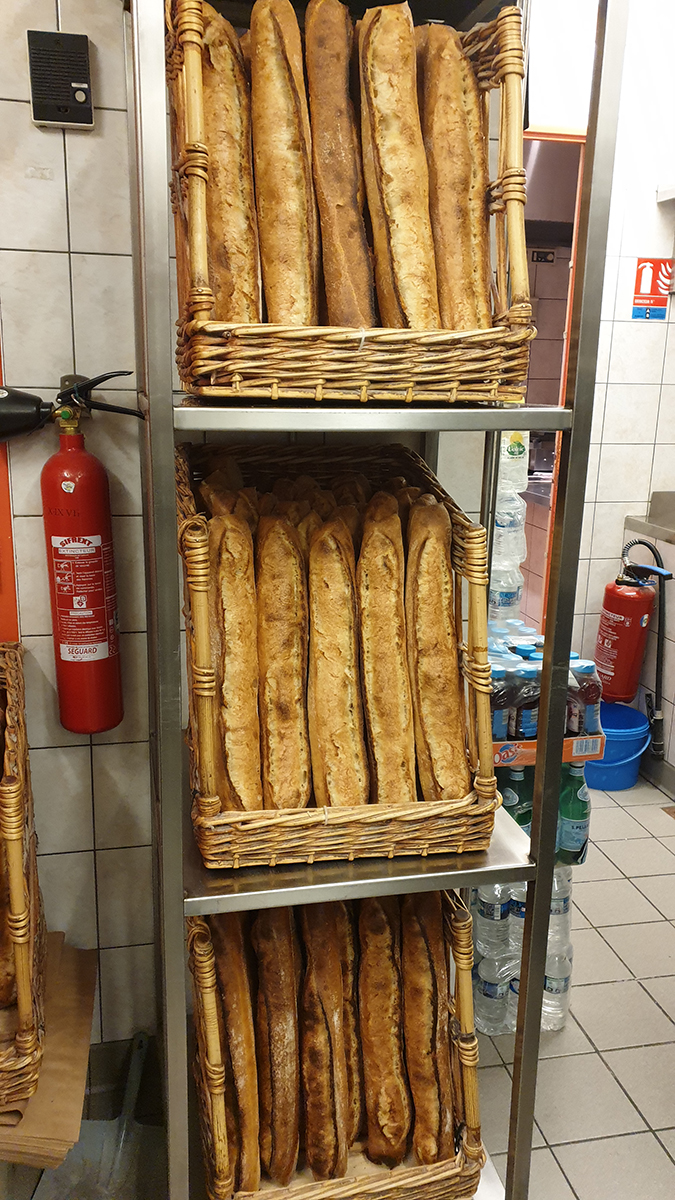 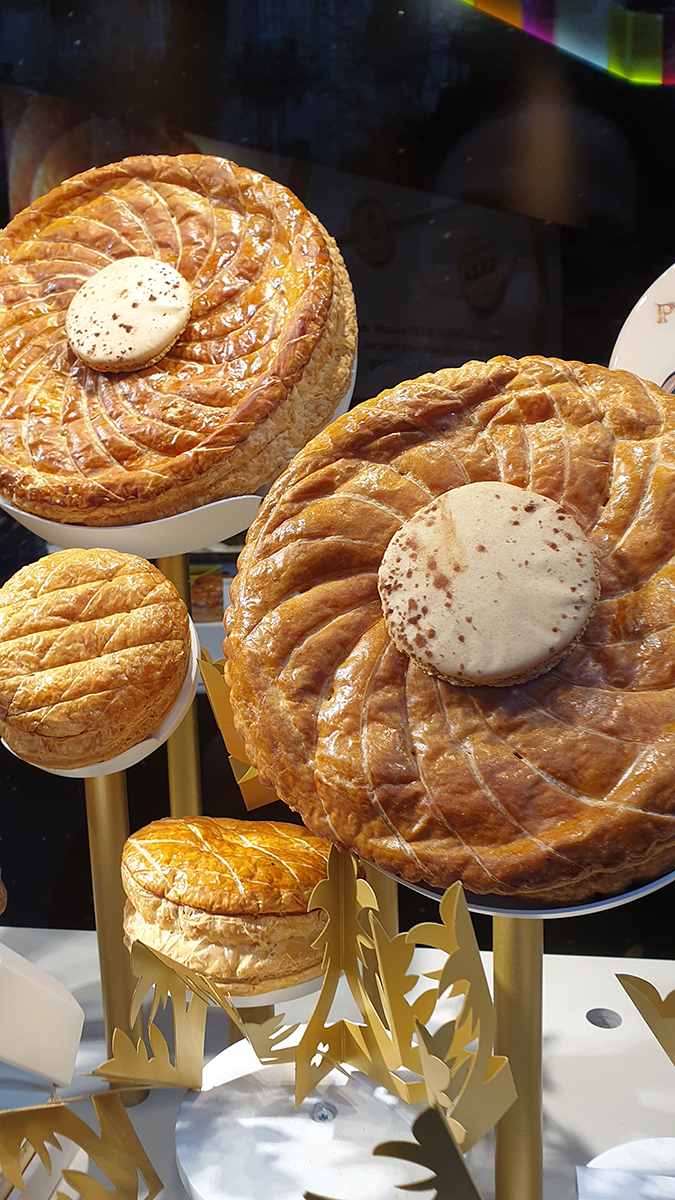