Did you ever work on a project that lasted ten years?

Musician Nathan Leigh did, and it was worth the wait.

The final tune “More Of A Callout Than A Song Post Really” is anthemic, soaring into a crowd-pleasing punk rock roar that will lift you out of your seat.

Best if you start stretching.

After watching the video, we wanted more and luckily we have it.

You can listen to Nathan’s recent House On Stilts EP or take another step forward with his new electronic-oriented album All Myths Are Remixed.

Probably watching Harry Nilsson’s The Point on VHS. We had a taped-off-TV copy of the Alan Thicke -narrated version that I watched so much the tape started to wear thin. The Ringo version is okay, but the Alan Thicke version is the only real version as far as I’m concerned.

I used to play in this two-piece post-punk band. We used a lot of custom modified and homemade instruments and had a really elaborate rig that was pretty integral to our set. We were doing a show two hours away that was going to be broadcast and had been rehearsing for weeks to get it all just right. We had it all planned down to the last detail. Except one. We realized about 15 minutes from the venue that we forgot to load our instruments into the van.

The best part about touring is the adventure and the romance of it. Pre-pandemic, getting out on the open road and meeting new people and new bands and singing your head off in cramped dimly lit bars was what I lived for. Walking in a room full of strangers and ending the night as life-long friends is one of the most amazing experiences in the world. Unfortunately all of those things are also still pretty dangerous right now, and I dislike that.

There’s this guy in Jersey City who sells records near the Grove St. Path train on the weekends during the summer. Most record stores are a bit of an archeological expedition, you spend a few hours digging, and you’re lucky to find a bone or a shard of pottery, you know? And that’s the fun of it. The hunt for the diamond in the rough of Neil Diamond. I don’t know how he gets his supply, but every time I check out his shop I end up needing to do some serious math to figure out what I can afford and what I can physically carry home.

I’m not sure I actually have an all-time favorite song. I go through rotations. Same with albums. But Fugazi’s The Argument is probably as close to a favorite album of all time as I have. Amazing songwriting, amazing performances, amazing production. Just one of those records that I fell in love with as a kid and never get tired of hearing. Every time I listen I discover something new that I’d never noticed before.

One of two bass players. But it’s gonna depend on whether the situation is funny or dangerous. If I’m in trouble, Corey who plays bass with me is the first call. He’s a very gadget-y guy. He has a 3D printer and can code. I feel like he could MacGuyver me out of a jam. Hack into the embassy to get me a new passport. Print a set of keys. Whatever. If it’s a funny story, my childhood next-door neighbor Mike. 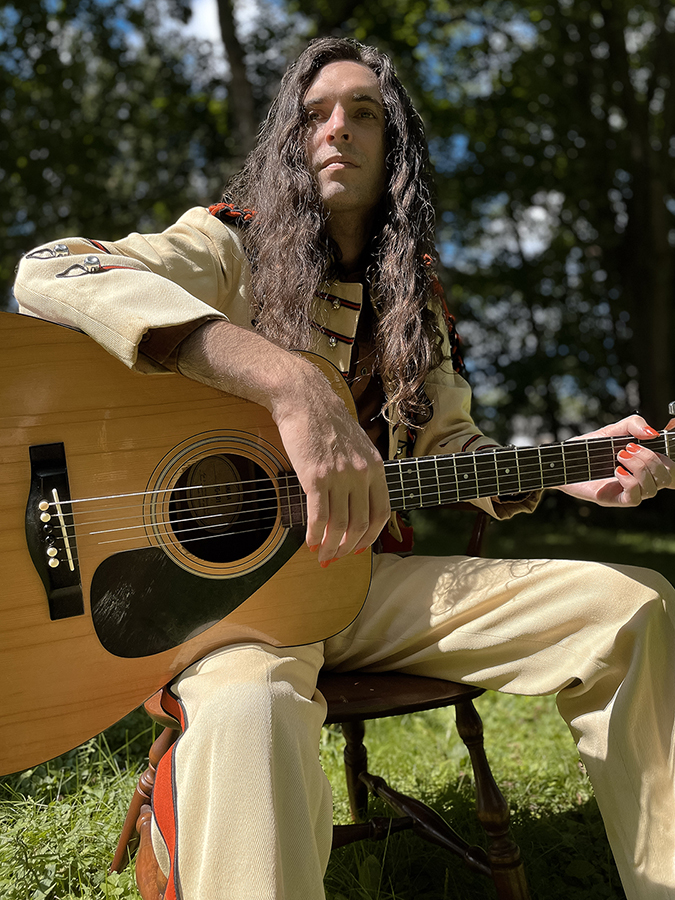