Mark Cheever is an outdoors-y kind of guy. He studied Environmental Science, Policy & Management at the University of California Berkeley. He spends as much of his free time as possible hiking, backpacking, and exploring. He spent a recent vacation covering a portion of the Pacific Crest Trail and has plans to do the entire thing (or maybe the Appalachian Trail instead) someday. So just what is he doing living and working in New York City? He’s not quite sure himself, having already lasted twice as long as his self-imposed two year limit. But he’s definitely found a perfect job for his set of talents and interests, heading up business and community partnerships for Friends of Hudson River Park.

Hudson River Park is a four-mile long shoreline park stretching from Chambers Street to West 59th, encompassing approximately 550 acres. It was begun in 1998 as a joint New York City and New York State venture, as a way to transform the deteriorating piers and remnants of defunct highway on the west side of Manhattan.

Mark started working for Hudson River Park Trust in 2012 as an Environmental Educator, teaching students, summer campers, and the general public all about the aquatic and terrestrial habitat of the Hudson River and surrounding areas. Now he’s moved on to developing meaningful engagement opportunities for businesses and their employees at Hudson River Park, while raising money to support the numerous programs and services the park provides New Yorkers year round. Although it was built with public funds, Hudson River Park doesn’t receive any funding for operations and maintenance from the city or state, which means that he and his coworkers have a pretty big job on their hands.

I sat down with him over lunch at a Korean BBQ place recently, to learn a little more about the future (and future opportunities) at Hudson River Park. 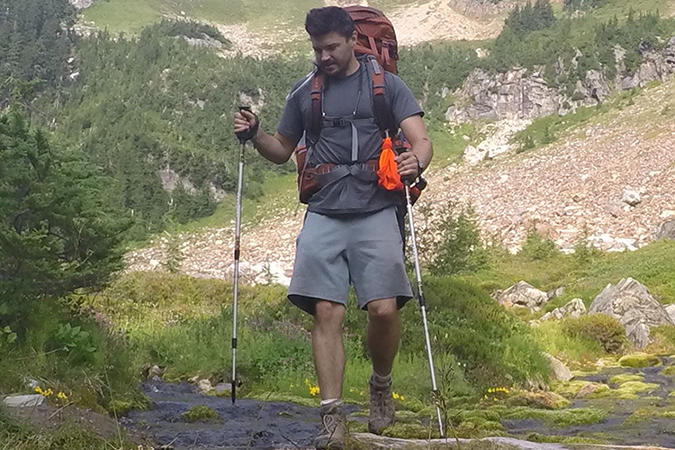 So, even though Hudson River Park is very large and full of interesting attractions, I think it is still largely unknown to visitors and also to many New Yorkers…it is more of a neighborhood (well, several neighborhoods) place. Why is that?

While we do receive quite a few tourists, we are truly a park for New Yorkers from all five boroughs. When you look at it, the park has had a tremendous influence on the West Side – neighborhoods bordering the park have shown tremendous growth, especially for families, as well as a commercial real estate boom, led by companies that value public amenities like parks for their employees.

And the park continues to draw visitors from the outer boroughs through free programs like our movie nights, recreation opportunities at the park’s boathouses, and outstanding environmental education programs connecting New York students of all ages to the waterfront.

Add in large events like our annual Blues BBQ and our inaugural Hudson River Park Games event this past June, and you really are providing people with a lot of exciting ways to experience Hudson River Park. It’s a really fun project to be a part of.

What are the highlights of the park that locals and tourists should know about?

Hard question! There’s so many to choose from, but I really enjoy our education programs – our Environment & Education Department does absolutely tremendous work making nature come alive for both kids and adults. At Big City Fishing you can take part in catch-and-release fishing while learning about river ecology. Our River Rangers program does some really cool work creating discovery-based investigations for kids ages four through nine. I would definitely encourage readers to check out our website to learn more – lots of cool stuff happening. 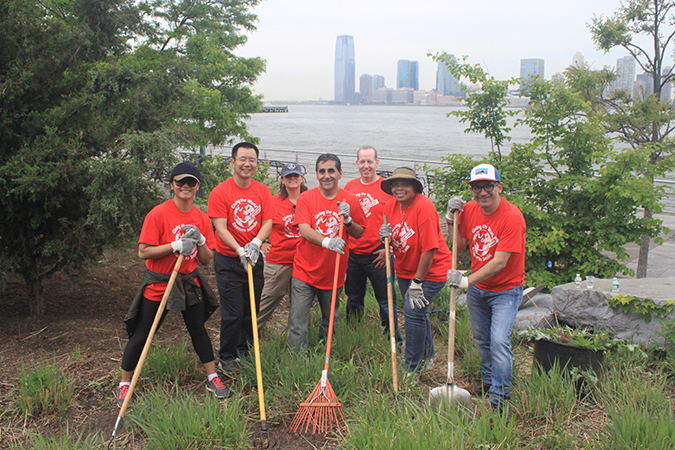 Can you tell me about some of the future plans (a performance space, a food market) and what we can look forward to?

The Meatpacking section of the park is particularly exciting with some major projects currently underway. Pier 57 is being repurposed as a world-class destination for food, retail, and more.

Pier 55 is another exciting project that will really benefit the park, surrounding community, and New York City as a whole. We’re really excited for that.

And Gansevoort Peninsula, currently home to the Department of Sanitation, will be repurposed in the coming years, and will be the largest open space for recreation and relaxation in the park.

These additions are huge positives for the local community. There is a large demand that cities of the 21st century provide access to public space – we have that and we’re improving it, which is why I think you see so much positive growth in surrounding neighborhoods.

Does New York City need another performance art venue, which is the plan for Pier 55?

Yes! Pier 55 not only adds more park space, but will also provide free and low-cost performance art programming for the public. That’s a huge asset for the local community.

Well, we already have Carnegie Hall, and Lincoln Center, and all the Broadway theaters.

Sure, but those are all expensive and out of reach for many New Yorkers. This venue is going to have performances that are free or at very low cost.

So, this will be more like Shakespeare in the Park?

Exactly. There’s a new non-profit that will be administering it when it’s built, and it is very community-focused. 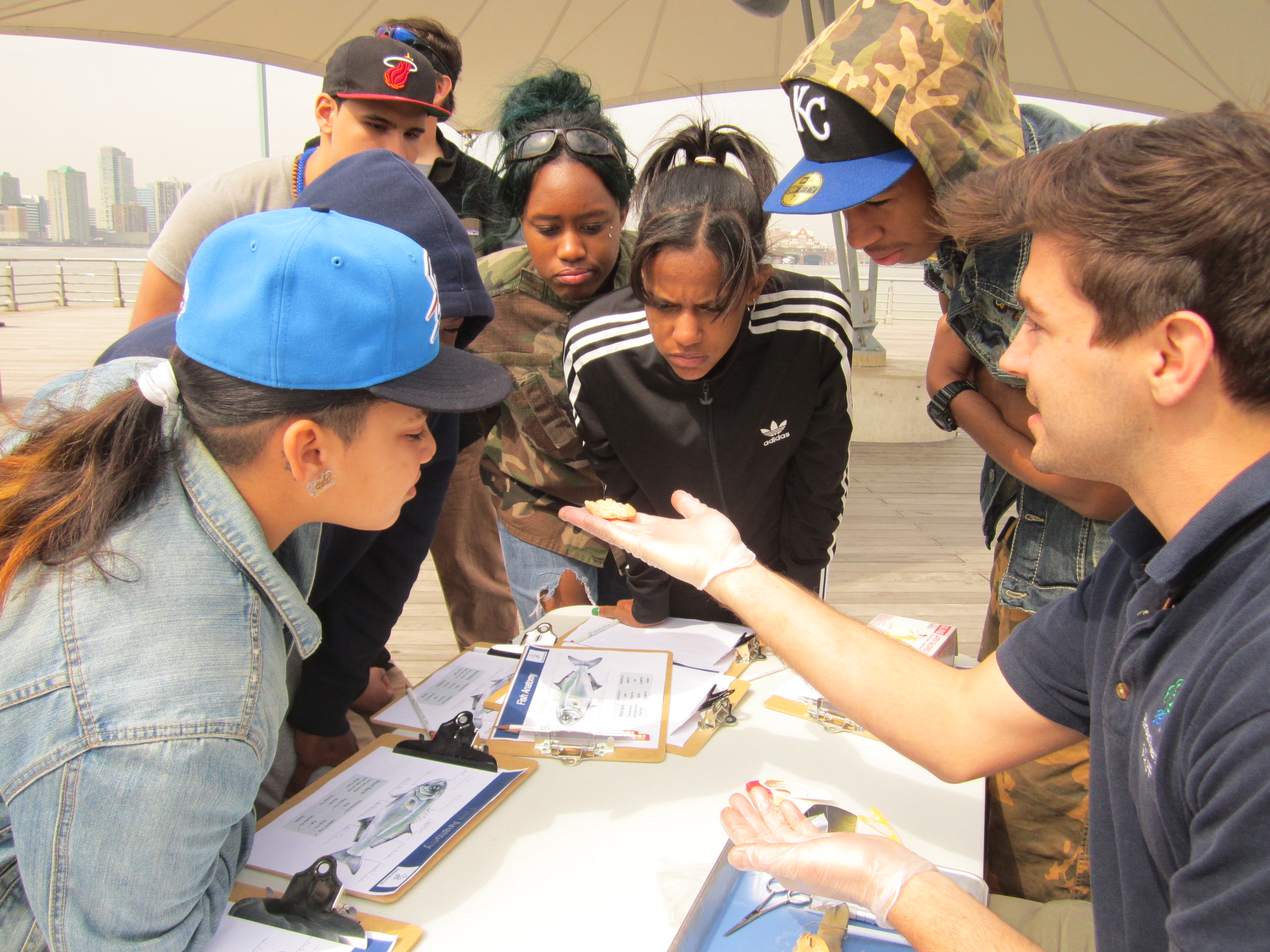 What are the park’s current challenges? Where is the money going to come from to continue the work you’re already doing and to institute all of these new plans?

We do have ambitious plans and we also want to continue the great services that we are already doing. We don’t get any government money for our operations, so we are going to have to raise money. We have a major fundraising gala each year and we are looking for corporate partners to assist us. We’re going to make some money from events like the Hudson River Park Games. And we’re doing other things. This year we had a fashion show, Givenchy, during fashion week in New York City. The parking lot at Pier 40 also brings in revenue.

The park has a number of challenges in front of it – finding a sustainable solution to Pier 40, completing the park, and finding ways to fund all the great services we provide the public each year. These things all need to be funded and it’s not cheap.

At Friends of Hudson River Park, we help the park by raising funds that go directly into operations and maintenance of the park. We raised almost $3 million dollars at our most recent gala for the cause, and are building a number of other programs and events that will positively engage participants while raising money for the park: the Games, our Friendship program, and our Corporate Membership program are great examples of this. We also have a Playground Committee for young families, a Visionary Committee raising funds and awareness for environmental initiatives, and a lot more. Ultimately our goal is to provide the right fit for individuals and organizations looking to be a part of the park community.

Will there ever be swimming in the Hudson River off of Manhattan?

I don’t know! It’s remarkable how much healthier the Hudson River is than it was decades ago. Thousands participate in boating activities each year, it’s really a great recreational resource for them.

I should note that it’s not safe for people to just jump in and swim; there are really strong currents and heavy tides. And unlike the ocean beaches where the tides go in and out, in the river the tides go from side to side. Someone could easily get swept under the piers, which is a pretty significant hazard. So it would have to be done in an enclosed area and under supervision. We don’t have facilities for that. 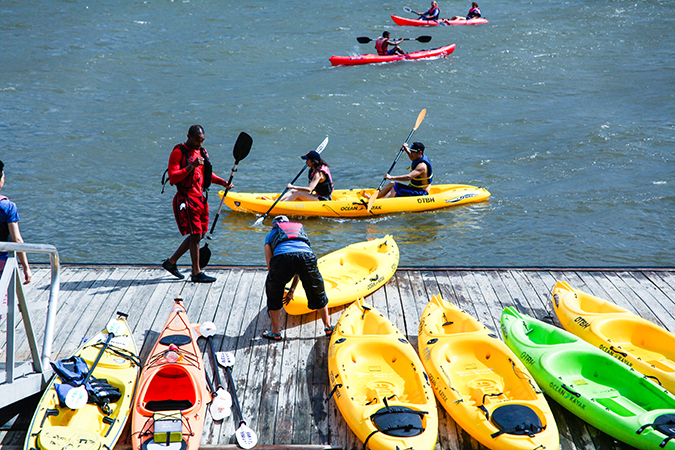 What’s a book that you recommend to our readers?

Manahatta: A Natural History of New York City by Eric Sanderson. It’s a cool look at what Manhattan looked like before the city was built, done through a GIS study. Really cool for all the nature-nerds out there!

How about a movie that everyone should watch?

The Martian. Super cool—it brings in the science geek in me. I wanted to be an astronaut when I was a kid. Now I want to read the book.

I’m not sure what I want on record…I was a scuba diving instructor in the Caribbean before I came to NYC.

I hate snakes. I appreciate them, but they creep me out! No legs, the undulating motion. Yecch.

Eels are okay, though. We actually have tons of eels in the park – the piles that the piers are built on are a great habitat for them.

Can you tell us some more about the eels?

Eels are fascinating, really.  Very cool creatures.  The park is home to many American eels who actually begin their life cycle in the Sargasso Sea near Bermuda.  From there they migrate to the American coastline and make their way upriver.  The pile fields in the park make a great habitat–full of other marine life to feed on as well as structure to keep them safe.

They can grow up to a couple of feet long and are covered in a thick coat of slime which protects their skin from disease.  They’re not dangerous, and have in the past been harvested by big commercial fisheries–although they’re not recommended for consumption today as they are a vulnerable species. 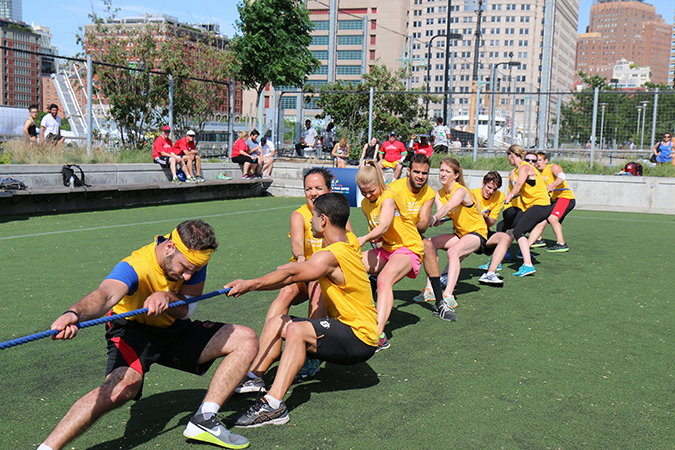 What is the best or the worst thing that has happened to you this week?

The weather! What a delightful and temperate fall we’ve had.

Last but not least, is there anything you’d like to pitch, promote, or discuss?

Yes! Hudson River Park. There are avenues for individuals, corporations, and community groups to get involved. It takes a village! Enjoy, come out, be a part of it. Donate, volunteer, tell your friends. See you there! 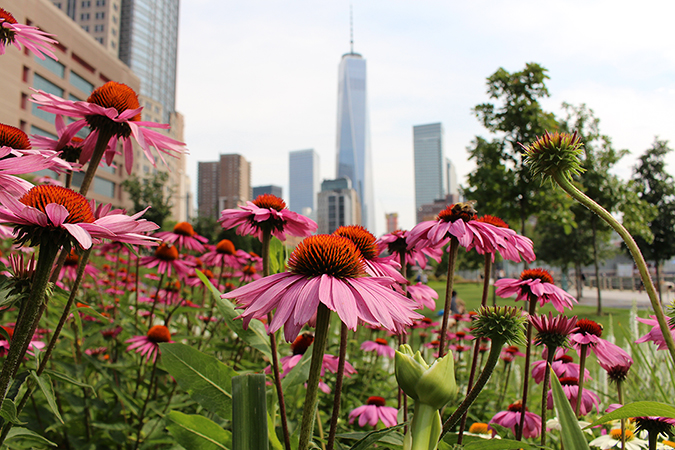 Tug-Of-War and Floral Image Courtesy of Max Guliani; All Other Images Courtesy of Mark Cheever and Friends of the Hudson River Park