If you’re looking for a snazzy synth jazz track, we got one for you.

New York’s Nick Vivid has delivered a groovy new song called “Hush Money (Straight to the Bribe).” This tympanic tingler captures the forward motion of any great city and will have you bouncing along in no time.

You know what? That description pretty much encapsulates any Nick Vivid song we’ve ever heard.

We don’t know Nick, but his output is funky, fun and flamboyant. He’ll be a welcome addition to your playlists.

Get to know him below, but before you do… a little hush money …

Around 4 years old… Taking my dad’s records out of their sleeves and very carefully placing them around me on the floor next to each other. Not stacked or touching, just building a fortress I suppose. I guess I wanted to bask in the glow all the while painting myself into a corner with music. Which is what I’ve been doing ever since.

“It’s raining outside. I’m cold and alone. Where are you now?” – I not only wrote that when I was 15, I thought it was good enough to record back then, too.

I was in one of my first bands and was just unhappy with how things were overall. A friend at the time said “As long as that hour on stage every night is great, the other 23 hours are supposed to suck.” I promptly quit that band and have since proved him wrong. When you’re with people you like being with and creating art you believe in, pretty much every aspect of touring is an absolute joy. When those variables aren’t on point, it’s the worst.

I gotta give a shoutout to my neighborhood spot Deep Cuts in Ridgewood, Queens. It gets bonus points for being a five-minute walk from my apartment. When I was a little kid there was this great shop in my hometown called Flipside and Deep Cuts reminds me a lot of that place. It’s what your local record store *should* feel like.

Bjork’s “Aurora” and Procol Harum’s “Pilgrim’s Progress” are the two songs that will make me cry like a river each time I hear them. They hold a special distinction in my life for that reason. Bjork for the fact that it’s the most beautifully angelic voice I will ever hear in my life, and Procol Harum because it’s my story and I will never say it better than that.

You. I’m gonna remember you brought this up in an interview before it happened and think there’s something afoot. 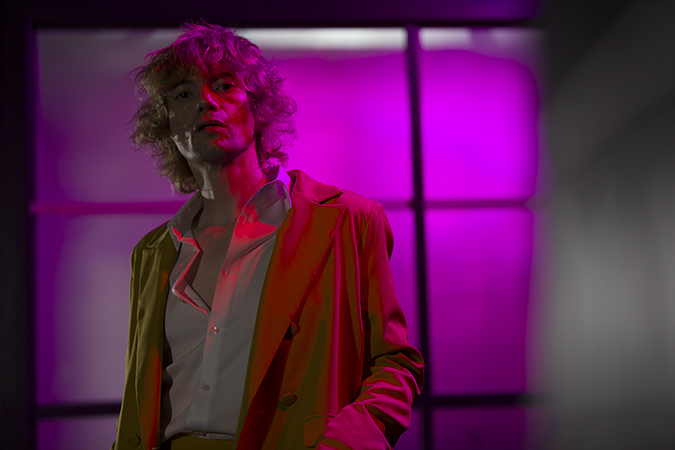