She works in a beautiful old mansion on Gramercy Park (the National Arts Club).  She brings her dachshund to work with her (a lovely little dog a bit wary of strangers).

And her mission, along with her colleagues at the Poetry Society of America, is to build a larger and more diverse audience for poetry, to encourage a deeper appreciation of the vitality and breadth of poetry in the cultural conversation, to support poets through an array of programs and awards, and to place poetry at the crossroads of American life.

To this end, she brings poetry to the people in a variety of ways, such as the extremely popular Poetry in Motion series (inspired by the London Poems on the Underground), which started as a partnership with the Metropolitan Transit Authority in NYC and has appeared in transit systems all over the United States over the past 20 years.

The Poetry Society of America holds numerous events throughout the year (readings, lectures, exhibitions, many free to the public), and have sponsored the current Poetry Walk for Kiku: The Art of the Japanese Garden, the autumn exhibit at the New York Botanical Garden, which is very much worth checking out if you are looking for a reason to visit the Bronx this fall.

I was very pleased to meet her, along with her staff, hear about the fine work that they do and the projects on the horizon, and see their enormous, floor-to-ceiling (we’re talking high ceilings…remember, it’s a beautiful old mansion) bookshelves holding innumerable volumes of poetry.   We were hoping to have lunch, but the business of poetry took precedence, as she had to attend a planning meeting for their spring, 2015 benefit fundraiser in May at the New York Botanical Garden. (I will just have to come up with a reason to visit again.  Shouldn’t be hard to do.)

The saddest was reading in The New York Times about the rise of anti-Semitism in Europe and the open expression of it.

The sweetest was running into a photographer and teacher who is a friend from the little seaside town where I have a weekend home.  It’s always so much fun to run into your country friends in the city!

My favorite movie is Les Enfants du Paradis, released in America in 1946 as The Children of Paradise, directed by Marcel Carne, starring Arletty and the great mime, Jean-Louise Barrault, and made during the German occupation of France. 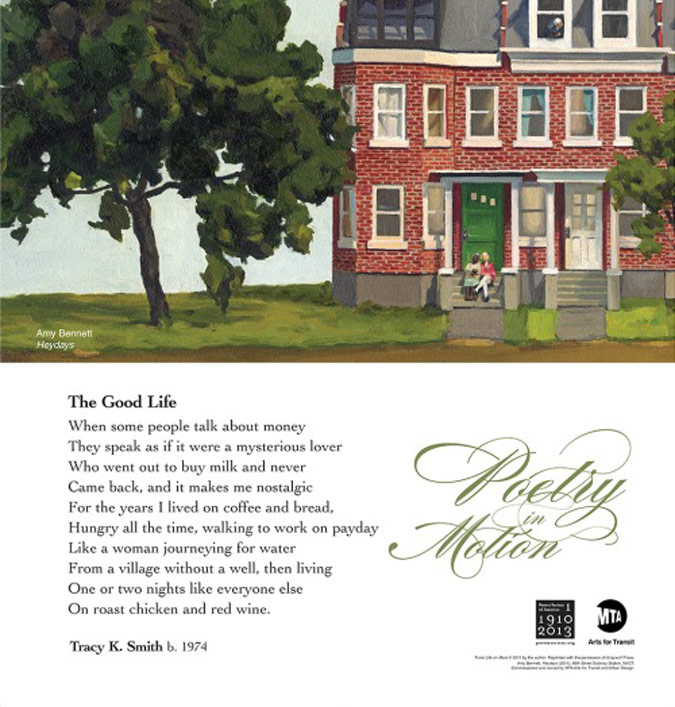 I would be stronger than I was at that one particular moment.

You should ask Chase Twichell about jokes—she adores them!  I have relished just one from an awards ceremony at the Academy of Arts and Letters.  William Gaddis told the joke when he was receiving, I believe, the Gold Medal in Literature for his fiction, and I have always thought it dealt unambiguously with his perspective on fame and fortune.

To the best of my recollection:

A man orders a stein of beer at a bar.  It arrives with a mouse in the glass with the beer.  He raps on the bar to get the bartender’s attention and points to the mug, and the server slips his hand in and lifts the mouse out and walks away.   The man raps again and points to the mug.  “What is it with you?” the bartender jeers, “You don’t want it with the mouse and you don’t want it without the mouse!”

Perhaps that I am passionate about the beauty and the songs of birds, but some people do know… 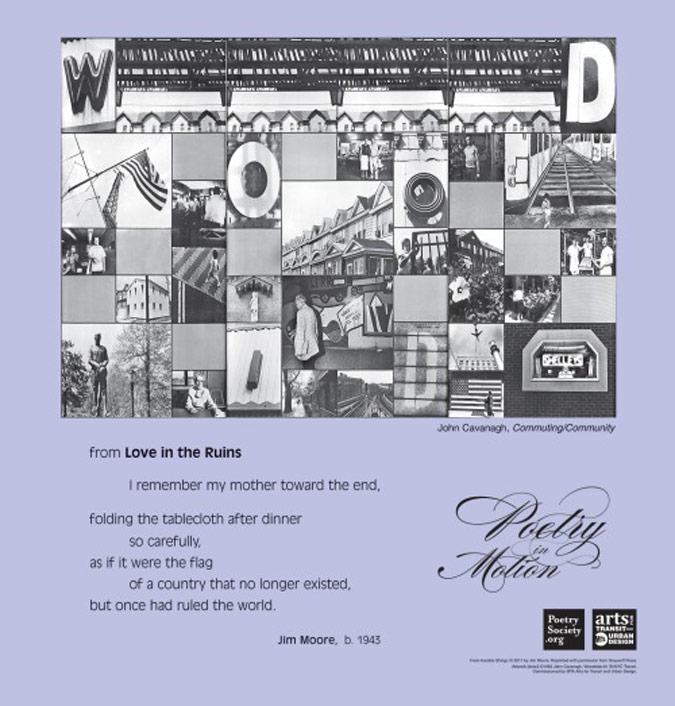 The best piece of advice came from my mentor and dear, dear friend, who used to say, “Follow your inner voice…”

The actress Anna Deavere-Smith is someone I admire so hugely for her values and her disciplined service to them in her acting and writing.

I do not pick up money on the street—even big sums, but maybe that will change one day.  It’s held for a very long time, though.  I don’t do this because when I had very little money, if I was short a dime or twenty cents for a subway ride, I would inevitably spot just what I needed on the street so I prefer to leave money glimpsed that way to someone for whom it will be a little miracle. 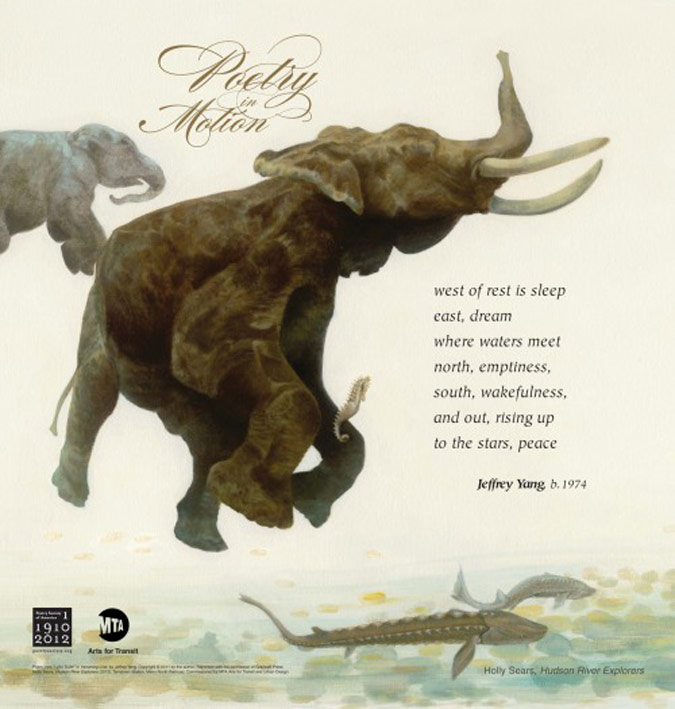 Every American should read Song of Solomon by Toni Morrison.

11. What poets should everyone check out?

I read poetry constantly and know too much by heart and too much excellent work by contemporaries to single out just a few.  Some of my favorite poets—and this is far, far, far from exhaustive—are George Herbert, Emily Dickinson, Robert Frost, and Elizabeth Bishop.  I have been reading Etheridge Knight recently, and the poem “The Idea of Ancestry” is absolutely compelling.  I keep rereading it.  I also love Lucille Clifton’s poems.  There are too many living contemporaries to name!

I think the Poetry in Motion program, which we co-present with MTA’s Arts for Transit and Urban Design, is just a thrilling way to introduce people who don’t expect poetry on the subways and buses to truly superior and accessible poems.

The Poetry Society of America is a membership organization, but it’s not just for poets…lovers of poetry and supporters of the arts are welcome to join, too: https://www.poetrysociety.org/psa/about/join/