The thing about trains and births are…once they get going, they can’t easily be stopped. Fox Searchlight’s “The Birth of a Nation” and “The Girl on the Train” both take the box office head-on this weekend, but which comes out the clear “winner” is a matter of perspective.

The first weekend in October has officially become the beginning of the Oscar crusades, and 2016 is fully on board with that as Fox Searchlight ushers in the most hyped independent cinema offering of the season, “The Birth of a Nation,” in a rare wide release from the indie shingle.

We all know the controversy by now surrounding writer/director Nate Parker and his Sundance sensation, which Searchlight shelled out a record-breaking $17.5M for this past winter.

What the industry is about to discover, once and for all, is if all press really is good press. Parker can’t escape the ghosts of his pasts, and what everyone seems to be wondering is if the audience will let him, despite the outcome of his rape trial back in 1999.

Unfortunately, the controversy has shackled the film a bit, and places it in limbo, as the media attention focused on Parker’s past has, at times, overshadowed, and some would argue, stained, the important message of the film.

Auteurs like Woody Allen and Roman Polanski have faced similar types of sexual allegations in their careers, but both were already established artists within the film community when controversy arose.

That’s not to say they were let off; in fact, it has become part of the conversation each time they release a new offering. So, will this forever haunt Parker’s career? It’s quite possible. Only time will tell that tale. The fate of the box office is in the people’s court now…as audiences will decide the outcome.

So what happens to the film, which received standing ovations before Parker’s private life bled into the fabric of the conversation, during awards season? Polanski’s “The Pianist” went on to be nominated for Best Picture and won Adrien Brody a Best Actor trophy, while Polanski took home the Best Director award.

“The Birth of a Nation” will likely be judged on the merits of its own achievement, but I do wonder if voters, especially women, will be able to separate the threads.

Fox Searchlight launches is 2,100+ theaters and for curiosity sake’s alone, it should see upwards of $10M in its debut, equaling the initial budget of the film. Reviews have been steady: currently at 80% on Rotten Tomatoes.

Universal’s “The Girl on the Train” was the hot book club read awhile back and now arrives at the box office station and tries to become the successor to “Gone Girl.”

David Fincher’s thriller was released two years ago this very weekend, and scored a massive $37M in its debut, and $167M by the end of its domestic run. Its long legs were partially due to overwhelmingly positive reviews—88% on Rotten Tomatoes—which helped bolster it into the holiday season.

“The Girl on the Train” will have to do it without critical support, as it has just a 51% aggregate as of this writing. No doubt women will show up opening weekend, but beyond that, the Emily Blunt starrer probably won’t sustain like its brethren.

Is it just me, or does it seem like Lionsgate has released a film every week this fall? Well, truth is, they’ve released a film nearly every two weeks since the middle of July with Woody Allen’s “Cafe Society,” and when “Middle School” drops this weekend, they’ll have nine films in release simultaneously.

That’s a whole lot of misfires. From “Mechanic: Resurrection” to “The Wild Life” to “Blair Witch” to “Deepwater Horizon” the ship is sinking and it’s taking on weight.

“Middle School,” based on the best selling book series from James Patterson and Chris Tebbetts, will try to go after the same audience as Fox’s “Diary of a Wimpy Kid” dynasty which has grossed $225M+ worldwide.

In 2,600+ theaters it should see decent returns of $8M; however, that may not be enough to get a trilogy out of, even though the trailer looks deviantly charming. Would be nice to see Lionsgate carve a niche out of this genre instead of horror, as “Middle School” cost just $11M to make.

So Disney released the first trailer for the new “Pirates of the Caribbean” and Captain Jack Sparrow was nowhere to be found. The Mouse House really has gone off the deep end, now.

Johnny Depp’s frilly, boisterous buccaneer is the reason the lifeless “On Stranger Tides” and questionable “At World’s End” still grossed around $1billion each worldwide. Nobody shows up for the shoddy make-up and spooky ghost pirates…we’re all here for one reason: What will Cap’n Jack do next? Sorry, Javier Bardem.

The studio should be keelhauled for releasing this rubbish. It be time for a trailer reboot, matey.

Adam Driver in a Jim Jarmusch film. Take my ATM card. Here’s my code. Have fun with it. This is the Jarmusch we’re looking for.

You need to start watching Donald Glover’s drama about the rap scene in Hot-lanta. Like right now, so you can say you were a fan before everyone else jumped on the bandwagon.

Lead-In Poster Image (The Girl on the Train) Courtesy of Universal Pictures and ImpAwards.com 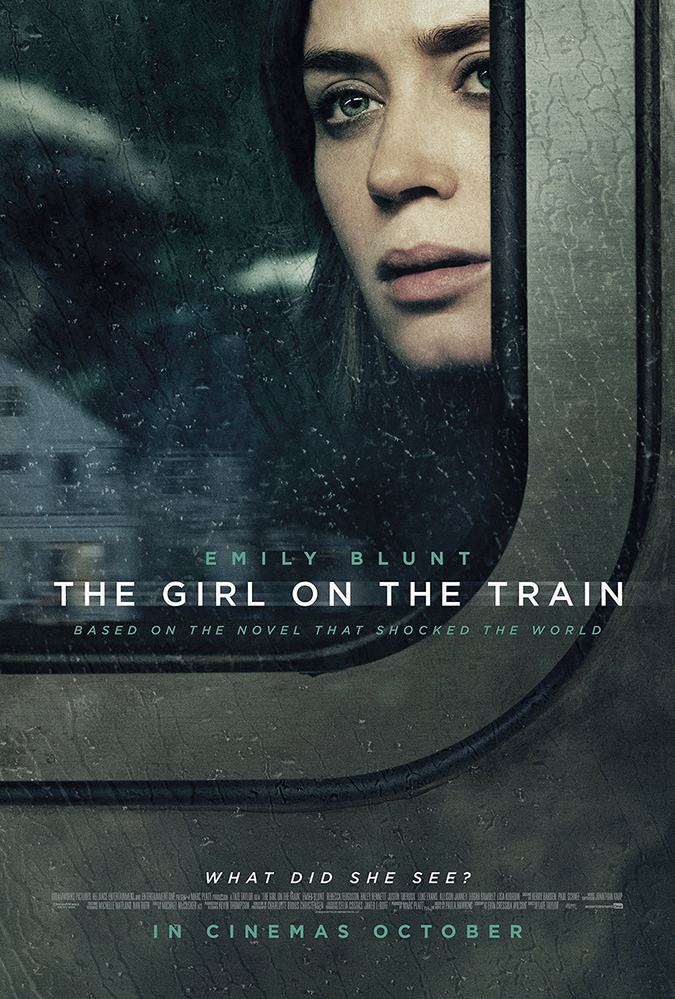