If you’re looking to flip a page to some new folk, you’ll happily take a shine to The Booklights.

We sat back on a summer day in New York City and enjoyed the warm vocals and steadfast string-play of the band, which features the talents of Rob Morrison (singer-songwriter, second from left), Lauren Molina (cello, second from right), Rachel Green (fiddle) and Benny Elledge (percussion).

The band’s new EP Into a Ball is out now and each of the five songs, including a Velvet Underground cover, are sweet and twangy and steeped in the confident spirit of the American frontier.

We talk with the band below.

Rob Morrison (RM) – I was probably six years old or so, watching the California Raisins (the stop motion “claymation” series). There was one super cool raisin playing a saxophone and wearing shades, and I was like, “I wanna be that guy.” Alto sax ended up being the first instrument I learned to play.

Lauren Molina (LM) – I remember watching my dad practicing bass in the living room when I was probably 2 years old.

Rachel Green (RG) – I was about 3 1/2 and I was learning the Suzuki method on the violin. It started off by holding a ruler taped to a cigar box.

Benny Elledge (BE) – Probably going to rehearsals with my dad. He was a drummer and would play for local college productions and in variety show bands and stuff like that. I loved sitting and watching him play.

RM – I was understudying in a musical, and I went on during the second act of a performance; all I had to do was one fairly short scene, but I completely butchered my lines and the scene ended early with everyone trying to ad-lib their way through it.

LM – I’m the middle of singing and dancing during the musical Desperate Measures, I slipped and fell as if I was a cartoon slipping on a banana peel and I kept singing. I just kicked my legs in the air to keep the music and energy going.

RG – Possibly the time we did a show on 4/20… so there was a lot of 420… I spaced out on the notes in the song for about 15 seconds, but it felt like 5 minutes! Luckily years of playing in orchestras, knowing chord structures and (on occasion) faking it, I was able to pull through and no one knew!

BE – Haha. Luckily haven’t had too many of these. One time a guitar player yelled at me onstage while I was playing saxophone, he yelled “You’re flat!!” Also one time during the curtain call of a musical I was acting in, I fell down the center stairs of the set. Whoops!

RM – I love seeing the country through touring, and talking with new people after every show who love the music. The Booklights haven’t toured yet, but I’ve toured a lot with my other band The Hollows, and those experiences were incredible. The downside can definitely be homesickness (I get that a lot, for the first few days) and lack of privacy. And you can’t let anybody dominate the DJ position in the car too much…

LM – I love exploring new places. I dislike when the only option is fast food.

RG – I love the element of surprise, of not knowing what to expect – the environment, the audience, the experiences… being able to share your art with so many people. Touring can also be exhausting – the traveling, crappy accommodations, lack of sleep.

BE – It’s suuuper fun to see and experience different cities and countries and venues and get paid to travel. That part is the best. But the schedule is always grueling. And you’re away from home for so long and you miss so much life stuff (weddings, funerals, birthdays, etc…) So its cool, but there’s definitely a trade off.

RM – When I lived in Boston, there was an incredible record store on Boylston Street called Looney Tunes. It’s since gone under, sadly. Walking into that store was like stepping inside a time machine. I bought so many great vintage records there; the one of the most influential for me was Music From Big Pink by The Band.

RG – I used to love Newbury Comics when I lived up in Boston.

BE – The Electric Fetus- Minneapolis, MN.

RM – It’s so hard to pick just one album! I have three desert island discs: In Rainbows by Radiohead (the sonic textures are beautiful, and the songwriting is peak stuff), Time (The Revelator) by Gillian Welch (the perfect angular Americana album), and Third by Soft Machine (absolutely mind-blowing jazz-rock that rewards repeated listens…and I’m probably on my 300th or so…)

LM – Radiohead’s Kid A. It’s perfect. The mood, the vibe, the soundscape, it makes me feel a way.

RG – Oh wow. That’s tough. If I think about what I’ve listened to the most, it’s probably a tie between Miseducation of Lauryn Hill, Faith, and Songs in the Key of Life.

BE – Ooooh boy…. That’s tough. Don’t know if I could do album…but song would probably be “Channel One Suite” by the Buddy Rich Band-Live from the Sands. It’s a 12-minute big band song that displays some of the craziest drum and horn playing I’ve ever heard. It’s truly an experience to listen to the whole track.

RM – Hmmm…well, if Lauren (cellist in the Booklights, and my partner) wasn’t already with me in said seedy hotel room, she’d be my first call.

LM – My amazing friend Lev who lives in Berlin and would be there to pick me up.

BE – Probably my friend of over 20 years, Taylor. We’ve been through basically everything together so there would be no judgments. Plus if that was the situation, I’d probably wanna find out which Berlin jail he was in…haha. Second call would probably be some food delivery cause….96 hours??? Daaang.

Lead-In Image Courtesy of The Booklights and Photographer Shervin Lainez 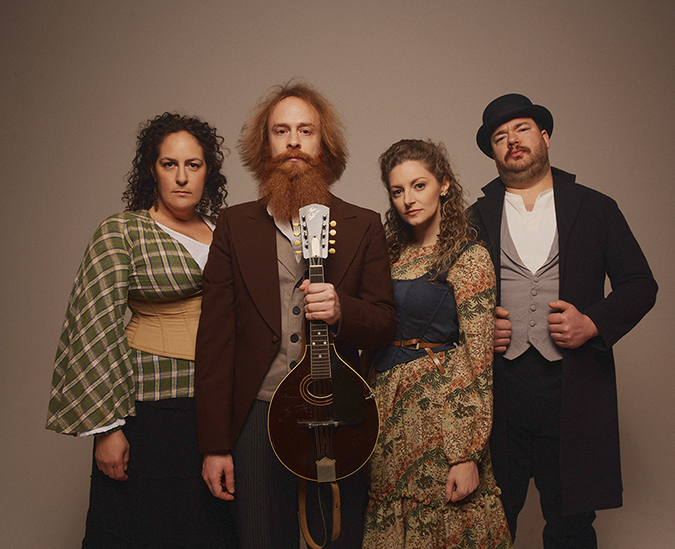