In the world of men’s fashion, the hierarchy is simple.  At the lowest rung is the ready to wear or off the peg item of clothing with a wide range of quality and style.  For the more discerning there is the second stage, that of made-to-measure, whereby the tailor takes a standard garment of approximate size for the customer and makes alterations to tailor it to the customers physique. At the apex of fashion is the bespoke.  An item of clothing tailored from scratch, specifically to the customer’s requirements. 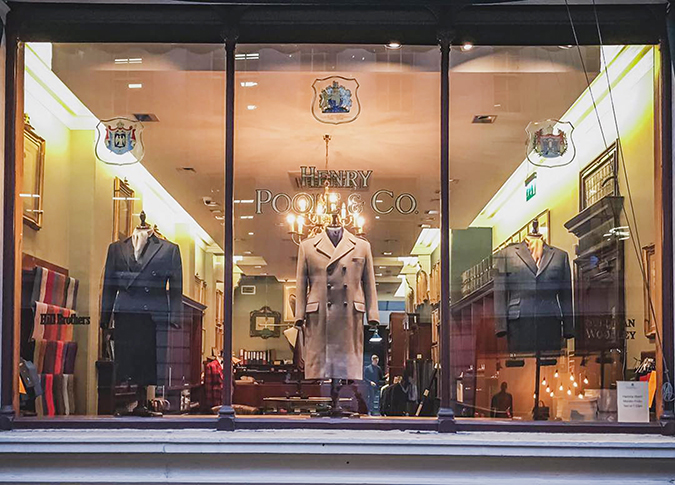 Contemporary readers are probably asking the question, who? However, amongst the cognoscente Henry Poole on “The Row” in London is the place to go and a holder of Royal Warrants from both Queen Elizabeth II and the Emperor Napoleon III.  Regarded as being the first tailor to produce the dinner jacket or tuxedo for the Prince of Wales, Henry Poole’s approach to bespoke blends traditional methods with an eye for what the contemporary wearer is seeking.  One of the social essentials offered at Henry Poole, which is probably unique, is that of offering court swords for purchase or hire. 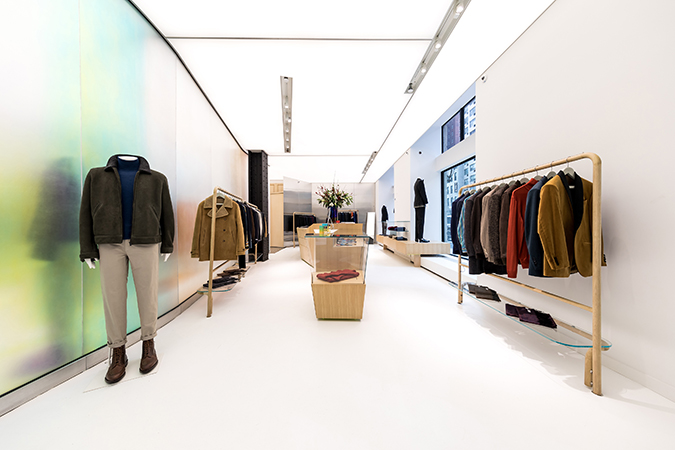 One of Savile Row’s newer players with bespoke skills in London and a new US flagship store on Park Avenue in New York City, Richard James has a mission to produce classic men’s clothing of exceptional quality and push the boundaries through color, cut, and design.   The Spring Summer SS19 “Enter the Dragon” collection pays homage to the martial arts action films of the 1970s with Hong Kong influences.  If that is too fashionable, the classics range at Richard James offers all the necessities a gentleman could require just a click away. 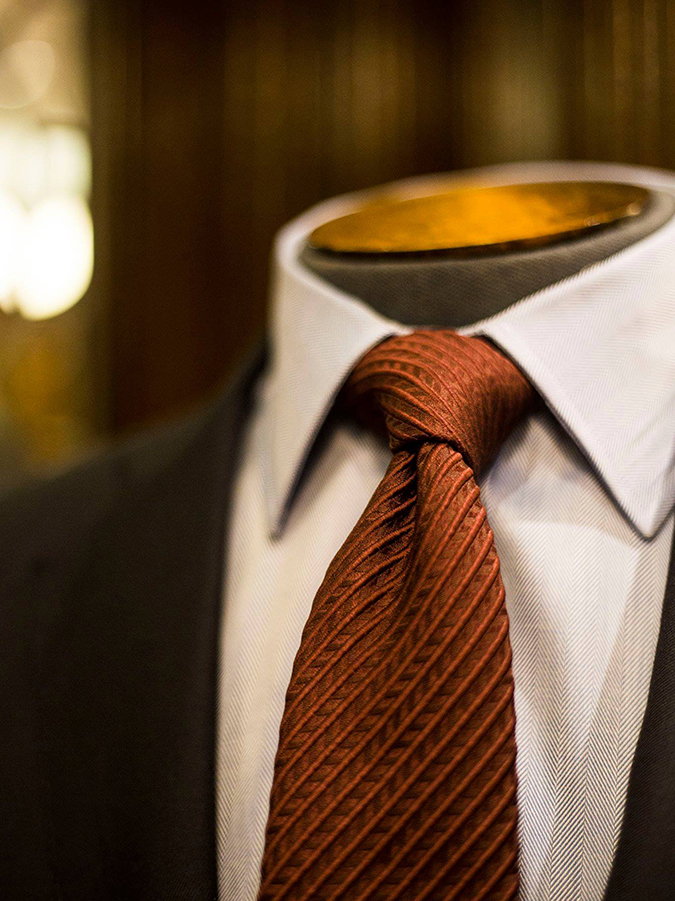 The shirt-maker based in London with bespoke departments at two locations in the City plus one in New York has bragging rights to both one the best-known real-life clients, Sir Winston Churchill as well as fictional characters, James Bond and Gordon Gecko (portrayed by Michael Douglas in Wall Street).  Bespoke shirt making involves some 18 measurements before considering over 1,000 fabrics, 25 collar and cuff options, custom collar linings, and 20 styles of monogramming. Make a reservation at Jermyn Street dining classic, Wllton’s, over the road to celebrate your bespoke adventure. 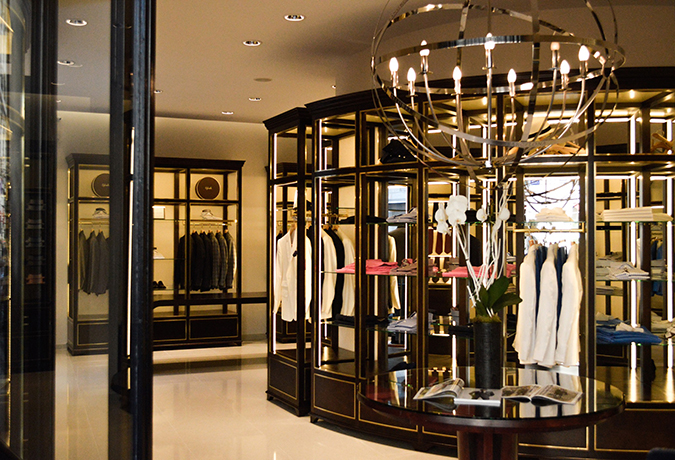 Created by an Italian who moved to Paris, France Cifonelli is now in its fourth generation of family ownership and known for a distinctive shoulder cut on their jackets and suits which former fashion virtuoso Karl Lagerfeld claimed he could identify at 100 paces.  The bespoke store at 31 Marbeuf (entirely separate from the ready-to-wear location on Rue Faubourg St. Honore) offers an incredible array of options including mousquetaire cuffs, yes mousquetaire cuffs. 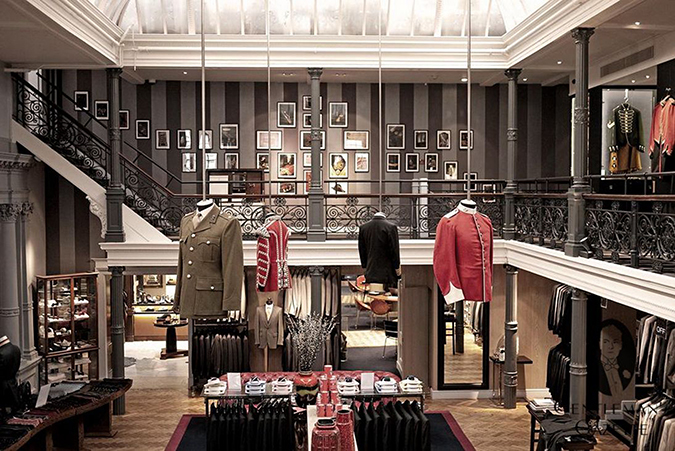 Located at prestigious Number 1 Savile Row, boasting some 260 years of expertise ,and with a lineage in making military uniforms for officers in Her Majesty’s armed forces, Gieves & Hawkes has a familiarity with a wide range of materials and styles, which is a great fit for providing us civilians with high-class bespoke tailoring.

Other Images Courtesy of: