NewsWhistle was there for the May 1st concert. Here’s what we learned:

* At 70, Eric Clapton still has it. His voice is strong as ever, his guitar playing is dead on.

* At 70, Clapton has become more animated with age. We saw him in the late 80s, and Clapton was sheer cool, standing still and letting his voice and fretwork rule the evening. Flash forward all these years, and now Clapton is a preacher on moonshine, touched by the blues and swaying back and forth to the groove of his own music. 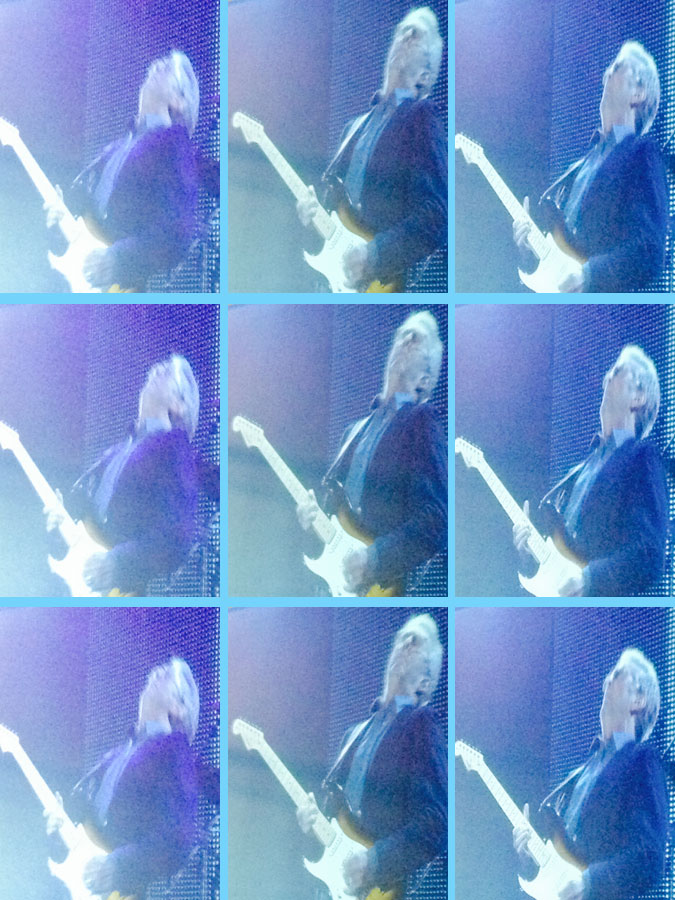 * At 70, Clapton may have felt his music too much… that he tired himself out. After rocking out to “Pretending” with special guest player John Mayer, Clapton took off his blazer, rolled up his sleeves and sat down for a few songs, letting his bandmates take vocals on a couple of numbers. 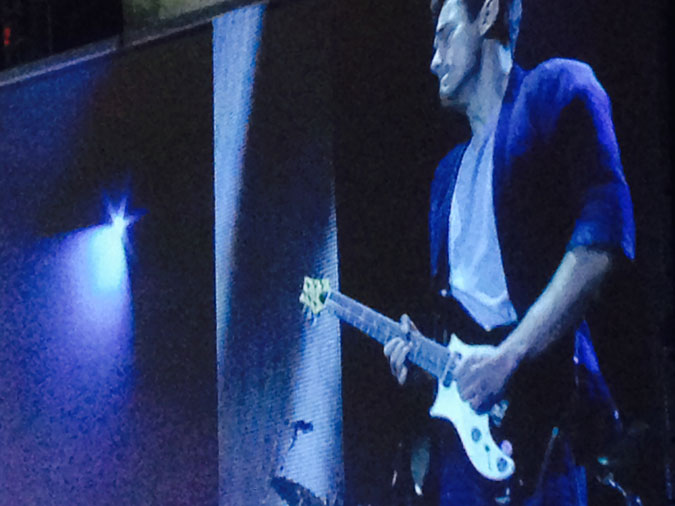 John Mayer (above) was invited onstage for “Pretending.”

Neil Carrack did Joe Cocker proud, singing a very soulful rendition of “You Are So Beautiful” and bassist Nathan East satisfied with a high-pitched rendition of “Can’t Find My Way Home.”

* At 70, Clapton should have more friends than guitarists. Other than John Mayer, special guests included Jimmy Vaughn, Derek Trucks, and Doyle Bramhall II. Some of the younger kids went wild at the sight of Trucks, but we were left ho-hum with VIP selections. 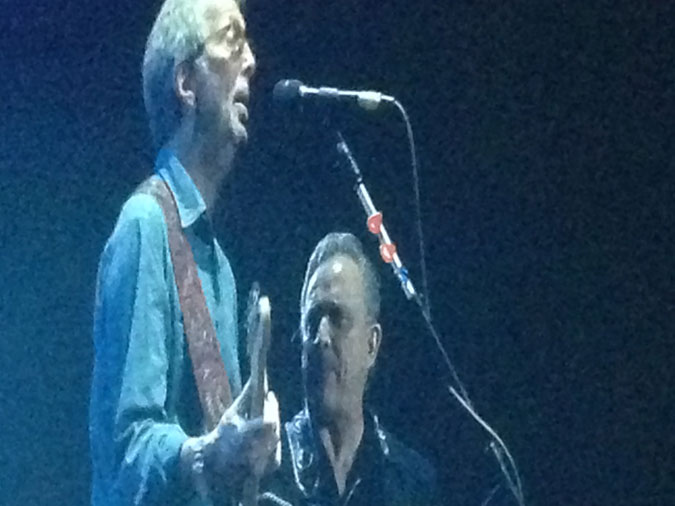 * At 70, Clapton doesn’t forget the past, or whitewash it. The legend played “Tears In Heaven” and, even with a quicker tempo, the tune still claws away at the soul. A bit of a downer on a Friday night, but hell, it’s Clapton’s birthday. He can do what he wants to. 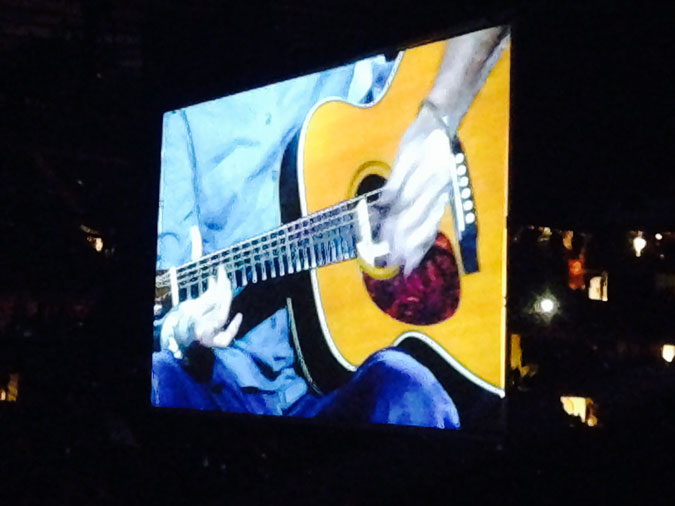 * Best moments: Clapton acknowledging the loss of Ben E. King (classy touch); flashing a large grin at concert’s end; and connecting on such classics as “Let It Rain,” “Layla,” “I Shot The Sheriff,” “Crossroads,” and “Cocaine.” 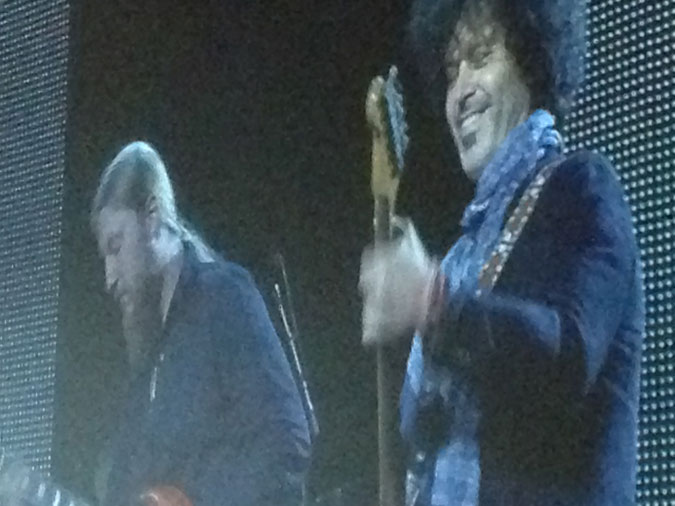 * Worst moment: Watching MSG’s lights come on after just one encore. After midnight? Hardly. The classic rocker played a tidy two-hour show. He was offstage around 11 pm.

RATING (one to five whistles, with five being the best): 4 Whistles for Clapton loyalists, guitar heads, and birthday well-wishers; 3.5 Whistles for a two-hour session with a rock n’ roll icon; and 3 Whistles for a weekend rock concert at Madison Square Garden.