Summer’s sequel swelter is upon us!

“Guardians of the Galaxy Vol. 2” kicked off the tentpole summer season last weekend with a boisterous $146M domestic and a sauced up $450M+ worldwide.

Amazingly, Marvel characters have kicked off the summer 11 straight times to date, and show no signs of slowing down, despite the evil media conspiracy called Super Hero Fatigue. Folks, I’m here to tell you: it’s a modern myth.

Sequelitis? Just more headline fodder for the masses to munch on.

Truth is, seven of the top ten grossing films last summer were sequels, spin-offs, and/or reboots and the same story will splash across webpages in 2017 as well.

This year, 16 sequels, spin-offs and/or reboots are set for summer, so prepare yourself for déjà vu in full view.  IMAX, preferably.

Guardians of the Galaxy Vol. 2 (Disney) – When we last saw Marvel’s mightiest freaks and geeks they were running away with the domestic title—unheard of for an August opener—scoring $333M in North America and $773M worldwide, earning the honor of kicking off the popcorn parade of summer blockbusters.

Pirates of the Caribbean: Dead Men Tell No Tales (Disney) – Disney is teasing the fifth film in the $4.6B franchise as your last chance to see Johnny Depp as Captain Jack Sparrow. The final adventure? Really? Let’s see…the last three installments have grossed a combined $3B. That just doesn’t add up if you’re using Hollywood math. I think what they mean to say is that they’re taking a five-year hiatus.

Transformers: The Last Knight (Paramount) – Michael Bay’s action opuses are like getting stabbed in the eyes by strobe-light ice picks. The blinding sensation has proven irresistible to global audiences as the last four films have combined for $3.7B, with that last two reaching $1B each. Plus, with Paramount in dire straits, Hasbro’s finest won’t be decommissioned any time soon. Expect a G.I. Joe crossover ASAP.

The Mummy (Universal) – Without any superhero contacts married to their LinkedIn profile, Universal is attempting to turn their classic monsters into their own universe, much like Marvel. Tom Cruise is pegged to be their savior, which is a bit of a step up from Brendan Fraser and his 90s trilogy. Will do huge business overseas, and will likely get a pass in North America as the title really should be—Mummy: Impossible.

Alien: Covenant (Fox) – Whereas 2014’s “Prometheus” tried to create a new mythology surrounding the Alien franchise, “Covenant” looks like a typical sci-fi rip-off. Luckily for us, the rip-off artist is none other than the original creator, Ridley Scott, so he gets a pass. Should be fun, in a chest-burst-by-numbers sort of way. In fact, Scott has already said he wants to make another sequel, possibly bridging the gap between this franchise and the OG, ala “Rogue One.”

Spider-Man: Homecoming (Sony) – Sony partnering with Marvel on their sixth installment (and second reboot) has spider senses tingling.  For reals this time. You don’t bring Robert Downey Jr. expecting anything less than $800M worldwide. This should set up Sony nicely for the eventual “Venom” and “Sinister Six” spin-offs. And finally, Sony will have something to hang their hat on.

War for the Planet of the Apes (Fox) – Believe it or not, the last installment of this series made $710M globally. Even more amazing—reviews for the series has been off the charts. That’s extremely rare for sequels. Call this the brainy blockbuster franchise, as there’s a lot more going on than most troglodytes can process.

Dunkirk (WB) –Don’t box in Christopher Nolan. As one of the few directors in Hollywood that has a greenlight to make whatever genre he chooses, studios have come to realize that whatever he touches turns into box office gold. His WWII film will likely be no exception.

Wonder Woman (WB) –Forget “Batman V. Superman,” this is where it’s at for Warner Bros. and DC Comics. Gal Godot’s Amazon princess was introduced to audiences in BvS, and some suspect this woman of wonder may have a shot at earning upwards of $875M just like that film did.  One thing’s for certain: this will be the first ultra-successful superhero franchise with a woman as the lead.

Despicable Me 3 (Universal)/Cars 3 (Pixar)– There will be a clear winner in the battle of the animated threequels as Universal’s Minions stock is still going ba-nan-as, while Disney’s Lightning McQueen is headed for the great pitstop in the sky.

Pixar has fallen into the old Disney trap of delivering sequels lately, but while last summer’s “Finding Dory” was welcomed, this one will have to settle for being tolerated. Hey, it sells merch. And as we all realize by now that’s half the battle these days.

Calling in the Bomb Squad

Unlike last summer, which had a significant number of sequels unable to match their predecessors box office intake—“Independence Day: Resurgence,” “Ghostbusters,” “TMNT: Out of the Shadows,” “Alice Through the Looking Glass,” “Now You See Me 2”—this season should see a few more upticks…especially on a worldwide basis.

That said, box office belly flops are part of the summer season, and Guy Ritchie’s $175M “King Arthur” and Sony’s Stephen King adaptation, “The Dark Tower” both look like they might fit the bill, unfortunately.

And then we have Luc Besson’s $180M production, “Valerian and the City of a Thousand Planets.” Thing is, this graphic novel adaptation may be the most visually enchanting film of the summer, if not a spiritual sequel to Besson’s own “The Fifth Element.”

That sci-fi stunner from twenty years ago didn’t exactly haul in a galaxy of riches domestically with just $63M, but did max out with $263M worldwide. Overseas, “Valerian” may be massive in the same way “Warcraft” saved face last summer with China acting as a box office guardian angel.

Where are all the original stories this summer? In comedy

“Snatched,” “Baywatch,” “Rough Night,” “The House,” and “Girls Trip” will pick up the cinematic slack creatively, although none of them look like huge worldwide hits. Maybe “Baywatch,” if only for the Dwayne Johnson factor, as he’s become one of the biggest stars in the known universe thanks in part of his contributions to the “Fast and Furious” franchise.

Sleepers of the summer?

Sony is hoping Edgar Wright’s “Baby Driver” is the answer. Problem is, despite his critical success with “Scott Pilgrim vs. the World,” Shaun of the Dead,” “Hot Fuzz,” and “The World’s End,” he’s never seen huge box office numbers. This looks fun, no doubt, but multiplex masses can be a fickle bunch.

If Sony misfires there, they have another (insert winky face here). Yes, “The Emoji Movie” is a reality. Hey, if “The Angry Birds Movie” can gross nearly $350M worldwide, anything is possible. Plus, Sir Patrick Stewart plays the Poop Emoji. I mean, who doesn’t want to see that? That there’s some classy sh*t.

DreamWorks constantly surprises with their animated slate, and “Captain Underpants” may just give the box office a super wedgie. The insanely popular kids book series finally makes its way to the big screen featuring the voices of Kevin Hart and Ed Helms. Could do some serious box office damage as their latest, “The Boss Baby,” has already grossed $436M around the world.

Lionsgate hopes to attract the same crowd that made “Straight Outta Compton” a hit two summers ago with their Tupac Shakur biopic, “All Eyez on Me.” Should do decent biz, but it doesn’t look to be in the same ballpark as Universal’s pic which was a true breakout success.

Lots of hopefuls, to be sure.

Focus Features has Sofia Coppola’s latest, “The Beguiled” and also the film with the best title of the summer, “Atomic Blonde,” starring Charlize Theron.

A24, which had success scaring audiences with “The Witch” last summer, returns to the horror genre with “It Comes at Night,” as well as the drama, “A Ghost Story,” starring Casey Affleck.

Take us away, Mungo Jerry! 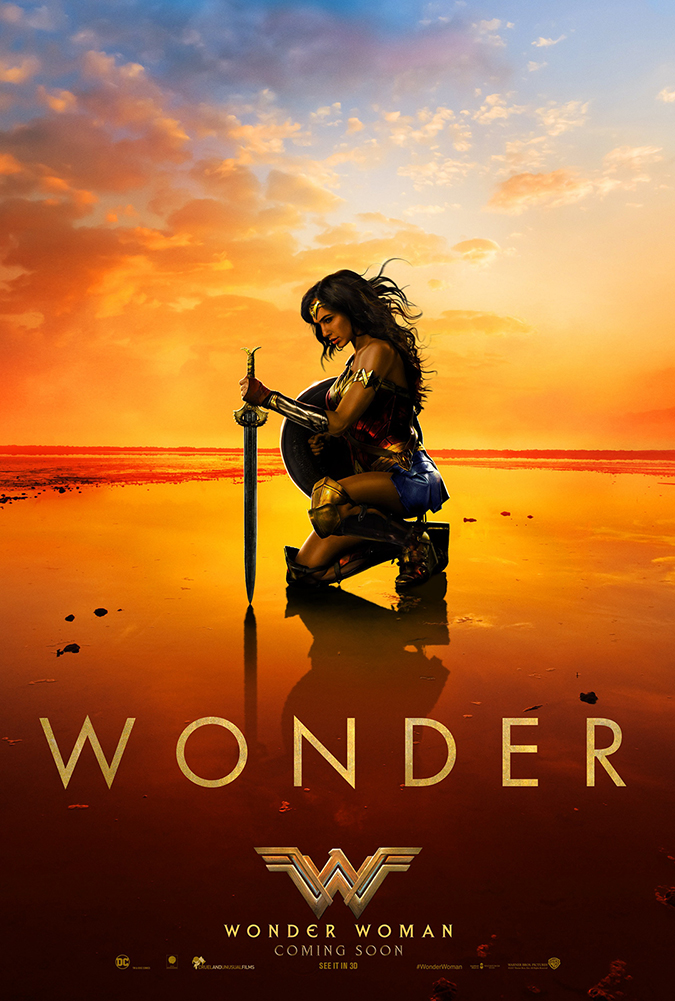