On November 11th, a powerful report called “The Real Death Valley” aired on The Weather Channel.

The special — a look into the dangerous and drought-stricken route some migrants take once inside America  — features the reporting of Emmy Award-winning correspondent John Carlos Frey,  an investigative reporter and documentary filmmaker based in Los Angeles.

Before becoming a Fellow at the Investigative Fund, and a special correspondent for The Newshour on PBS, Frey reported for such outlets as 60 Minutes, PBS, NBC News, CBS News, The Weather Channel, Dan Rather Reports, Fusion TV, Current TV, Univision and Telemundo.

In the following Q&A, Frey talks about the makings of his eye-opening report as well as his illustrious career in journalism. 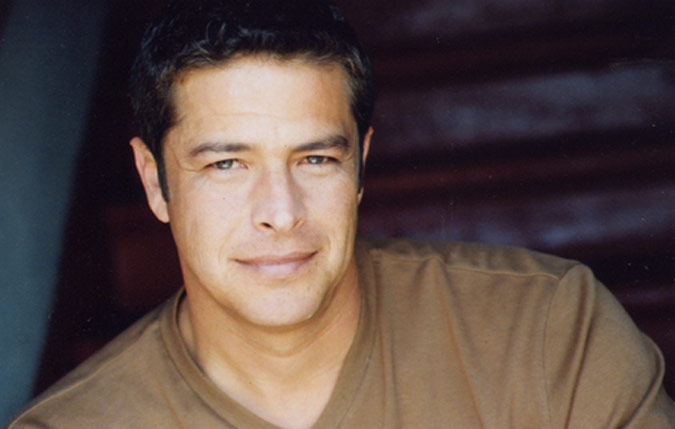 1. Why did you become a journalist?

I became a journalist because I am interested in telling real stories about real people.  Good information and reporting is harder and harder to come by and I feel like it is my obligation to add some accuracy about seldom told stories.

2. What can you tell us about the idea behind “The Real Death Valley”?

The Real Death Valley is an underreported humanitarian crisis  happening within the borders of the United States.  It is a story that should be on the front pages, hundreds of people dying needlessly with little response by the federal government.  I worked well over a year to bring the story to light.

3. What was it like to shoot under the extreme conditions of the location?

Myself and my colleague, Matthew Campanella took the same route as the migrants.  We literally risked our lives in well over 100 degree heat and brutal humidity for three days to tell the story of what migrants go through.  Although we suffered physically we were never in the kind of danger migrants face everyday.

4. What was your most shocking discovery in the process of making this documentary?

We encountered three migrants who had not had food or water for several days and also a young migrant, 22 who had been lost for four days.  We also found the remains of a female migrant.  She had only been dead a few days.  She was in her twenties – that was tragically sad and those kinds of experiences can change you forever.

5. What’s the message you hope viewers will take away from this Weather Channel special?

There is a humanitarian crisis along the U.S. Mexico border that is not being addressed.  We would like to, by the vehicle of the film, raise awareness to the harsh reality many migrants face daily.  Regardless of immigration status or politics, this is a needless loss of human life.

6. Where does “The Real Death Valley” rank among the important stories you’ve covered?  Why?

It is an extremely important story for me.  I grew up on the border and have witnessed migration first hand for years.  Anytime a major television network, like The Weather Channel gets behind these kinds of stories, it becomes a rare opportunity to reach a mass audience and I appreciate all the efforts of everyone involved.

7. You were born in Tijuana and identify as Mexican-American.  What was it like growing up in a multi-cultural family in America?  How has is impacted your work?  Was that a driving force in making “The Real Death Valley”?

With respect to issues of immigration, it was difficult growing up in a Mexican household.  My native language is Spanish and I remember being ridiculed at school for speaking Spanish.  Being Mexican meant you were different and didn’t always fit in.  I have since embraced my heritage and upbringing.  My cultural sensitivity haas helped me to understand the world of the migrant and has helped to formulate the kinds of stories I like to tell.

8. You also report for online/print publications such as The Huffington Post, Salon and The Los Angeles Times.  How does your approach differ when working in print vs. broadcast?

Print is much more cerebral while broadcast is much more visual.  They are two totally different ways to tell stories.  I find writing articles much more detail oriented.  You can pack a lot more information into a written story.  My written investigative reports have notoriously taken longer to accomplish.  A television piece may only run for a couple of minutes on air whereas print may be in a magazine or a feature in a newspaper and be pages long.  There is usually more of an opportunity for more in depth analysis and reporting.  It’s like I am a different kind of journalist when I write than when I am working with a camera.  I like them both equally.

9. What advice would you give to people thinking about becoming journalists?

Tell stories you are passionate about.  Find the kinds of stories you can relate to.  Whether you are a sports fanatic, love the world of entertainment, politics or like to probe and investigate like me, you will fare better if you can get behind the subject matter and will be more likely to go the extra mile if you are passionate about the story.

10. How has online/digital reporting changed the industry?

I am grateful for online reporting.  It has provided a vast platform for ideas and innovative story telling.  No longer are we confined to tell stories one way or only in traditional venues.  There is nothing old-fashioned or confined about digital media.  It is innovative, always fresh and always inventing itself.  I see a great future for this kind of storytelling and I always welcome projects that have a multi-media approach.