In NewsWhistle’s weekly question-and-answer series, Clara Morgan speaks with some of her favorite influencers in and around New York and finds out more about their lives and careers.

This week Clara speaks with real estate agents Richard Rosenthal and Mark D. Friedman, who are the one of Halstead Property‘s most successful and popular teams.

Mark grew up in Fairfield County, Connecticut where he spent his formative years, and moved to NYC in 1986. Mark’s father is a retired attorney and his mother is a 30 year member of the Outer Critics Circle with her own radio show on WMNR in Connecticut. Mark has two brothers, Paul who works at a non-profit in DC, and Roger,  a well known entertainment journalist with his own website www.showbiz411.com. Mark spent 15 years in the health and fitness field in sales and management, mostly for Crunch Fitness while pursuing an acting career doing commercials and voice overs. Mark still lives on the Upper West Side with his wife, Maxine, a well-known jewelry designer, and their twin daughters who attend LaGuardia High School and School of the Future.

Mark has made giving back a big part of his life and is co-chair of the American Cancer Society’s Taste of Hope www.tasteofhopenyc.org. Mark’s family is a proud supporter of Guiding Eyes for the Blind and is currently raising their third puppy to be a service dog; He also supports the Actor’s Fund and is a member of REBNY, SAG-AFTRA and AEA. Mark is a graduate of Yale Drama School (SP), Cushing Academy, Ithaca College, and New Actors Workshop, having been  taught by Mike Nichols, George Morrison and Paul Sills. Mark continues to do voice overs for radio and TV commercials.

Richard grew up in Valley Stream, New York, graduated from Union College, and moved back to NYC in 1983. He has a background in finance, sales, and customer service, having been regional director of a large UK-based software company. After 20 years on Wall Street, Richard joined Halstead Property in 2003, and has had a rising career culminating in 2012, when he was enshrined in the Diamond Club at Halstead Property, which is an honor for those agents who have made a single sale of over $10M.  Since then he has closed two more $10M transactions.

Richard and his wife Stacy, president and wwner of Fischer Travel, have lived on the Upper East Side since 1983. Richard sits on the board of directors of Ramapo For Children, a not-for-profit organization that works on behalf of children, including those with special needs, enabling them to succeed in the classroom, at home, and in life. He also is on the board  of directors for Steady Buckets, a not-for-profit basketball program for inner city youths.  The two of them are quite active with the Memorial Sloan Kettering Cancer Center, as well as Cornell University, where their son Max is graduating from the School for Hotel Administration. 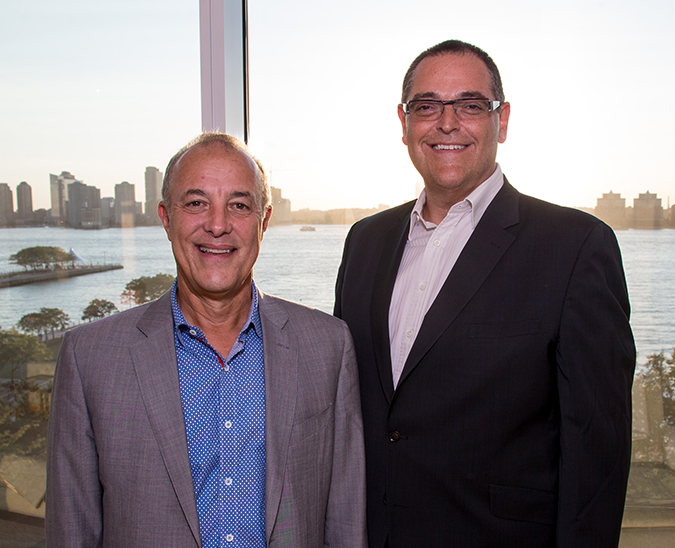 M: In 1998, I worked with a life coach, and we worked on what my interests were and how to achieve them. I have always been a student of architecture and design and would take walking tours of SoHo and Greenwich Village, and the Federalist houses and loved it. I also love being with people  and had a long sales and marketing background. Real estate was a natural fit.

R: 2003. I had just retired from Wall Street and was approached by Douglas Elliman to work for them.  The real estate industry was perfect for what I was looking for as far as flexibility goes and my skill set as a salesman.

M: When I worked with a famous singer to sell his home, I wanted to make a good impression and did a huge amount of research, and put together a ton of paperwork, going over the marketing plan and comps and left it for him. A week later I was in the apartment and noticed it hadn’t been touched. I approached him and asked if he had looked at any of it. He replied, “I’ll do what I do best, and you do what you do best. I trust you.” Best relationship with a client to this day.

M: Typically I start the day with a trip to the gym and catch up on some of my binge watching doing cardio. Afterwards, each day is different and that is what I love about Manhattan real estate. I could be looking at a new development in construction with a client or staging and setting up pictures for a new listing while at the same time negotiating three deals via email.

No such thing as a day off, phone is in my hand all the time. Even when Richard and I play golf, he is yelling at me to put the phone down.

R: I wake up around 6am, check emails, and handle any issues from the evening before.  After working out I go to the office and prepare for the day.

4. What is the next big thing in your industry? And what are people doing differently today, compared to 10-15 years ago?

M: Hudson Yards is big right now, but you will also start to see Inwood and Harlem get built up in the next five years. More investment buying and more purchases in LLCs. More condos have been built.

R: 10 – 15 years ago web sites such as Streeteasy and Zillow did not exist.  Buyers were more dependent upon their brokers. Now buyers feel more knowledgeable and empowered.

5. What are your favorite restaurants in New York?

M: Hardest question so far. Richard and I are foodies. Upland is a favorite, along with Jean Georges for celebratory closings with clients. Nobu and Fresco by Scotto are top on the list but we still love Papaya King, Joe’s Pizza on Bleecker Street, and Café China on 37th Street. 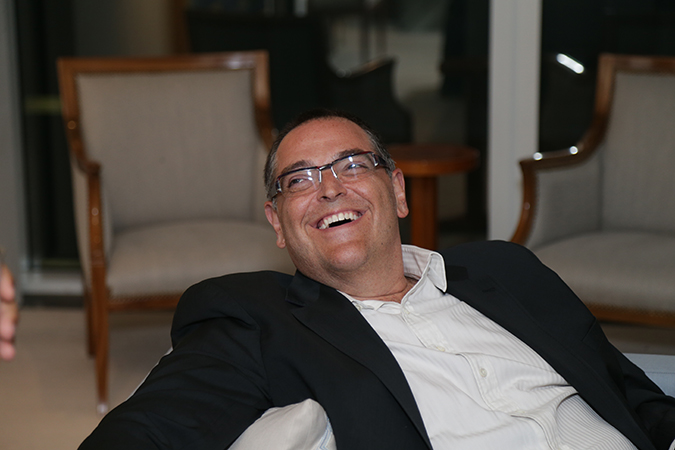 6. What are your three favorite bars in New York?

M: American Cancer Society’s Taste of Hope, the blowing up of balloons for Thanksgiving, and the Tonys!

R: The barbecue festival, the 9/11 ceremony, and my wife’s birthday.

9. What was your best New York moment?

M: The birth of my twin daughters at 31 weeks, Sting performing anything, seeing Billy Joel close down Shea Stadium with Paul McCartney. Honorable mention – Yankees winning the World Series in 1996!

R: The birth of my son. And seeing The Police at Shea Stadium in 1984.

11. Tell us something that people do not know about you.

M: I performed at the Met on stage with Pavarotti in 1994, and they hear my voice on TV commercials.

R: I was a contestant on Ready, Set, Cook on the Food Network years ago. 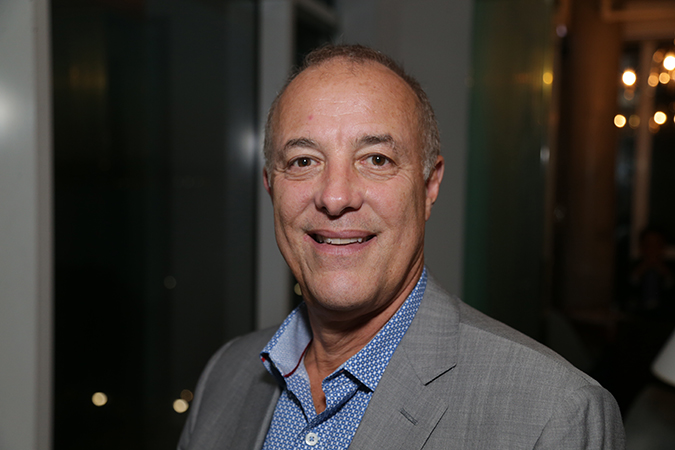 12. How would you describe your personal style?

R: The Giddon brothers are great style icons. I get most of my clothing from Rothman’s NYC.

14. Who is your favorite fashion designer, artist or architect – and why?

M: Rosario Candela is one of my favorite architects from the past but Robert AM Stern is my current favorite, with his clean lines, because they reinterpret traditional building techniques and forms.

R: Artist – Kandinsky.  I was a math major, so I feel comfortable with geometric designs.

15. Name your favorite… and tell us why:

M: Jeans and a sport jacket with pocket square.

M: The Godfather, Groundhog Day, Citizen Kane and too many others to mention… I watch all movies except scary ones.

M: I was a huge Taxi fan for those who remember, Barney Miller and The Mary Tyler Moore Show. These days I watch Game of Thrones, Stranger Things and The Get Down because I have friends in these shows.

M: Native Son by Richard Wright. It was one of those books that really affected me in high school.

R: Hemingway’s The Old Man and the Sea. 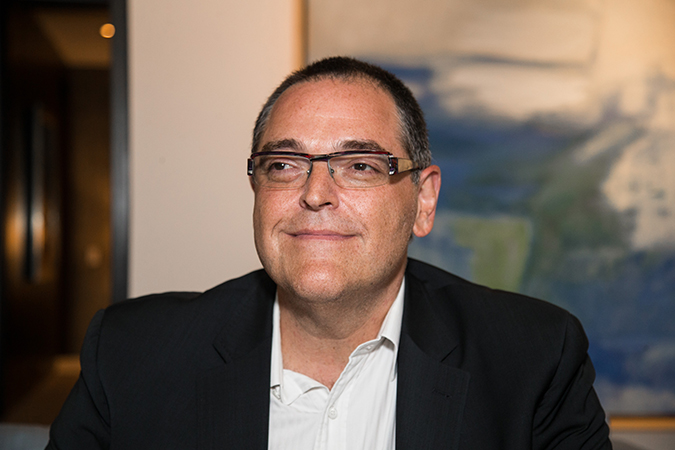 15. What is your favorite restaurant in the world?

M: Favorite restaurant – Eleven Madison Park. I love the service and the innovative dishes and ever-changing menu with the seasons.

R: I do not have one favorite but I love Gemma in Amalfi, Noma in Copenhagen, and Le Bernadin in NYC.

Eating at Noma was an experience like no other. I completely understand why it was voted best restaurant in the world many times.

M: St. Kitts and Nevis and the Nisbet Plantation Inn. We went our first time before the kids were born and met some of our best friends there.

R: Vacation spot – safari in Africa is incomparable to any other vacation. And Lake Como because it is so beautiful. Hotel – The Brando in French Polynesia (private island).

18. What song, meditation, or mantra can you listen to on repeat?

M: John Coltrane’s “Giant Steps.” As for a mantra, “Feel my feet” which I learned from Paul Sills. It keeps me grounded in everything I do whether it is on a pitch for a big listing or acting in Law and Order SVU.

R: The Grateful Dead’s “Scarlet Begonias” live from Indiana 1979.  It’s a great version with jazz riffs, long jams, and a segue into “Fire on the Mountain.”

19. If you could meet anyone in the world, who would you like to meet?

M: I have met a lot of people, singers, actors, politicians, and some great athletes. However, if I could meet anyone who has passed away I would have to say Moses, Lincoln, or Babe Ruth/Lou Gehrig. I would like answers from Moses, talk strategy with Lincoln, and play ball with Murderer’s Row!

R: If it could be someone who passed away, it would have been Muhammad Ali because of his civil rights work, athletic prowess, and charming personality. 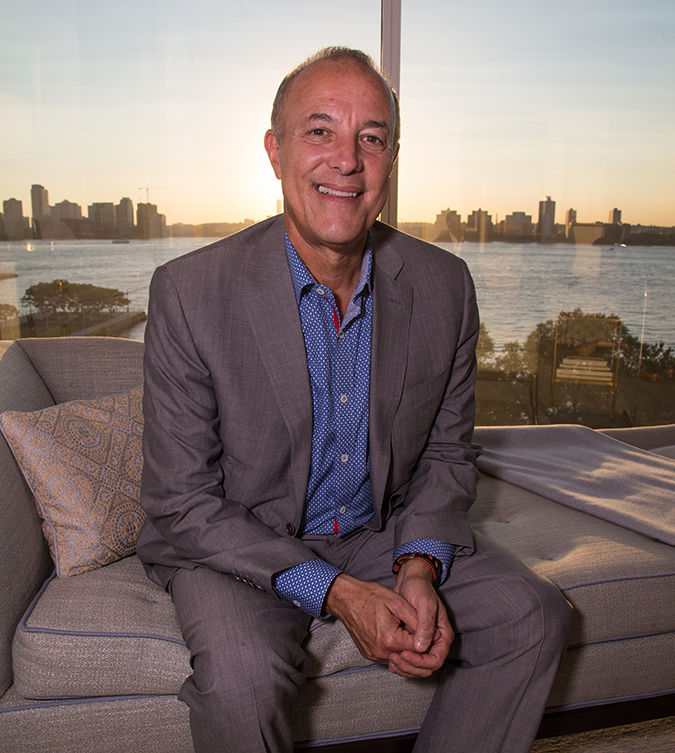 M: Yes, I would like to invite everyone who is reading this to the event I co-chair for the American Cancer Society’s Taste of Hope. May 9, 2017 will be our 12th Annual Taste of Hope, a great foodie event that brings top chefs out to support cancer research. Seventy restaurants and tons of spirits companies get together at the Metropolitan Pavilion to raise money to fight cancer. We have about 1,000 guests come to have great tastings, wonderful silent auction items, and live auction items, and mingle with chefs and actors all for one cause. For more information, please visit www.tasteofhopenyc.org

All Other Portraits of Mark and Richard: Courtesy of Patrick McMullan; Photos by Victor Hugo / PMC