Some artists just grab you by the front of your shirt, and don’t let go. Thayer Sarrano came into our orbit almost by accident, but everyone is better off for the connection.

We reviewed Wings Alleluia (released 3.29.19), and were blown away. It’s a layered, heavy, midnight kind of record that burrows into your lizard brain forever, and by the end of the droning musical swells and breathy vocals you somehow feel better than before.

We were lucky enough to get a chance to chat with Sarrano about the universe, Love (big L), how great Athens, GA is, and the process of making music.

NewsWhistle: Thank you for taking the time to speak with me today. Your new album, Wings Alleluia, is just amazing.

Thayer Sarrano: Oh wow, thank you so much.

NW: No problem at all. Could you give a brief background of yourself, musical or otherwise, to set the stage so to speak?

TS: Oh sure, this is our fourth album… Third proper album, that has been released, I guess. I’m from Athens, Georgia, and I have been playing in bands for, I guess, ten or fifteen years. I have been a side person, session player for a lot bands, touring and in the studio, and started focusing on my band in 2015 or so. Still doing some collaborations sometimes. I started on this album about a year ago, and it is finally out.

NW: Can you talk a bit about the Athens music scene? Growing up, I knew about REM and the B52s, but I don’t know much more about it than that.

TS: Those bands, B52s, REM, and many others, from what I understand, are what started the scene. A lot of those people are still around, and a lot of people keep coming up in all kinds of different traditions, so the scene just keeps going and going. It’s a small town, so for me, personally, I was just getting asked to play in different bands in different genres with people of different ages, and it seems to be a place focused on creative openness and support than some other places where there is more industry and competition. It’s more in a spirit of original music, with plenty of opportunity to play whenever you want with whoever you want.

TS: It’s really beautiful, too. The cost of living is low, so I think it is where people can afford to have a restaurant job a few days of the week, and play music other nights of the week.

NW: Cool, let’s get into the new album, because it is right in my wheelhouse. I don’t like to throw terms around like “shoegaze” and “Southern gothic,” because, well, who knows? Putting aside the labels, though, the sound of it is just what I like to listen to. What drove the creation of Wings Alleluia?

TS: I actually wrote all the songs for it around the same time, which is kind of how I do it. It’s just the way life is when I am trying to get a record out, and touring heavily, I tend to write instrumental music. They’re kind of floating around in my head, and I’ll have pieces of lines that I am always writing… Little pieces of paper or whatever. When I can’t take it anymore, and the song needs to be done and not in my head, I’ll get all that stuff out and finish it. It doesn’t come to me from start to finish in exactly 44 minutes. So far in my life at least, there seems to be a body of work that comes, and seems related to each other, and the next one comes later. This was a time where there were all these interesting themes coming to me… It was more a transcendental place, I guess, and ideas that I think are very positive. A lot about Love. It’s great to be able to sing about those things.

NW: Would you describe the sound of Wings Alleluia as “dark”? When I reviewed it, I said something about how you were leading the listener through the darkness as opposed to just unleashing it.

TS: Thank you for saying that! I don’t feel the darkness, but there is a heaviness of tone, and thinking about things outside of your head or this world. Dreams, and being in outer space, I don’t know if sci-fi is the right word, kind of soundtrack-y… I’m not trying to create specific emotions, but I really like the way distortion bends tones, and the way you can use different delays to kind of mess with time. All my pedals are super natural [supernatural?] experiences to me.

NW: Are there any particular themes working themselves out throughout the record?

TS: It’s so hard to not sound cheesy, but it’s big Love. A lot things were happening when I was writing it, in the world and in my own life, a lot of loss, grief, but in this way that you’re thinking that there has got to be a new thing coming, a new way for us to get through this. A higher state of consciousness, happiness, and I would always keep coming back to the idea that all I can do is Love. I would start reading mystic poets and quantum physics, any of these things that are talking about the same thing which is elevation, you know? Time. There’s a lot about time and spheres, and I don’t even know what it means. I guess it is spheres of consciousness. There’s a lot of circle imagery, a lot things in 3s, the number 3, 5, some songs in 5/4 [time signature]. I don’t know. I try not to analyze it when it is over.

NW: Does this album differs from previous ones?

TS: With Shaky [2015] a lot of the songs were naturally sad with sickness and death and breakups. With this one, though, here’s a love song to the universe! Can I really say that? What else am I here for? I produced this record myself because of the way the songs came to me this time. I played all the instruments this time, except for drums. There’s male choir on it. That’s different! The Athens Cowboy Choir…

NW: Some of the backing vocals reminds me of what PJ Harvey was doing on Let England Shake…

TS: Yeah yeah, that’s in a lot of old gospel songs that I knew growing up. It’s in a lot Neil Young and Crazy Horse, she does it, Nick Cave does it with female vocalists… I used to write choral arrangements when I was in college, and then meeting the Athens Cowboy Choir and seeing them perform, it inspired me.

NW: Is your own voice, as a textural element, as important to the sound as the lyrics?

TS: I don’t know. I guess, I was much more of an instrumentalist before I was a singer, so it took me awhile to become confident as a singer. Because of the words, and the need to deliver them, I just did it. I love doing it now. It used to be this scary thing, but I broke past it because of the work that I was so inspired to make. I don’t really know how to sing. I’ve learned how to use different techniques on the mic to be more like an instrument, like a lot of the echo stuff I’ll do to enter into that same space that the guitars go. 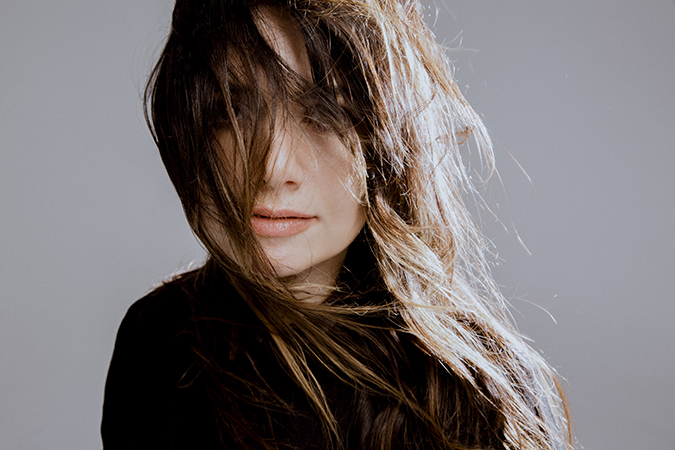 NW: I know that you have been touring behind Wings Alleluia, any news dates coming up?

TS: I’m actually on the way home from the New York show we just played, and I am hoping to get back to Europe soon, and do another U.S. run. We toured before the album came out kind of last minute because Daniel Romano asked us to open for them, and that was really fun.

NW: What’s the best and worst part of touring for you?

TS: Well, the best part is the 45 minutes to 90 minutes that you are on stage, and worst part is the other 23 hours or… Just kidding! No, it’s amazing to get to connect with people who come out just to give you a chance. You get to see the world, and that’s pretty special. I don’t mind driving. I think I was made to tour, but it’s not for everyone.

NW: Can name an artist that you enjoy who might be surprising?

TS: Uuuuuum, I listen to… I listen to a lot of reggae stuff in the van. That’s probably not going to be coming out in my music too much. I used to play in a reggae band when I first moved to Athens.

NW: You’ve collaborated a lot in your career. Do you have any dream collaborations?

TS: Yeah, I think about it all the time. There are a lot of producer types that I really admire their work like Daniel Lanois and Flood. I’d love to tour with Radiohead or Neil Young. Basically, I’d like to play with everybody.

NW: Because it has come up, and I have never been there, could you give me one solid restaurant recommendation for Athens?

TS: Oh no! I’m going to get into trouble if I have to pick one, because you know… I’ve worked in all of these places, too. What do you like?

NW: I don’t know, man. Everything? How about Latin food?

TS: OK, then I’d say Cali-N-Tito’s. It is really awesome. I get this fish burrito that has plantains in it, and they have this huge outdoor seating area. It’s BYOB. It’s really cool, and it has been there forever. I’ve lived in other places, Nashville, for work, you know, and going back to Athens I am constantly blown away by how the food there is so amazing! Everyone cares about what they are doing. It’s a really cool place to go out to eat. It’s not too much money either.

NW: Athens is sounding better by the second.

TS: I know, I want you to erase everything, so everyone doesn’t move there… There are no jobs there!

TS: I wish I did, but we ran out of dates just now, but hopefully soon. We go everywhere.

NW: Try to swing through Minneapolis.

TS: I love Minneapolis. I’ve gotten there a ton as a side person, but never with our thing. I’d like to make a Midwestern run.

TS: Thank you. It’s so great to talk with you, and thanks for listening. 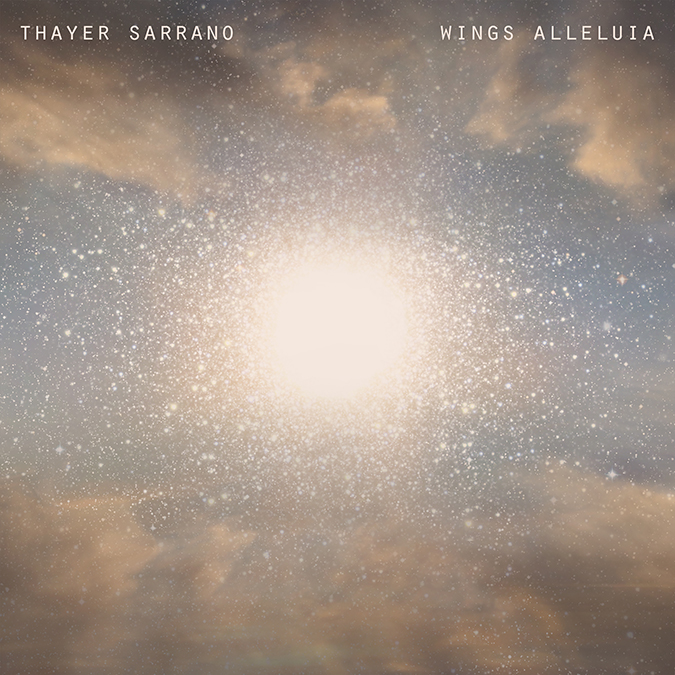 Wings Allelulia is available wherever better music is sold, including iTunes, Bandcamp, Amazon, your local record store, and I am guessing, on tour at the merch table. 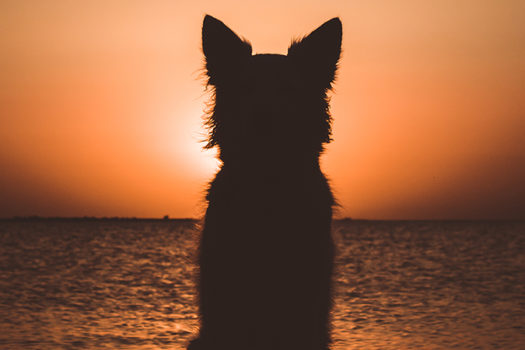 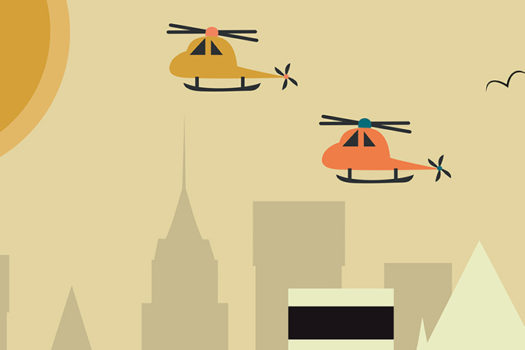