Lisa Loeb is a busy woman. She is a musician, an actor, a business woman, a mother, and she probably can change a flat tire faster than you can. She loves the 90s, but it isn’t a cage for her.

She has grown up in public, but not aged. There might be a secret somewhere, but it might be easier and more obvious than that. She hustles. She hustles harder.

The fountain of youth? Who knows, but I was happy to have a chance to have a conversation with Ms. Loeb about the pieces that make up her artistic life. 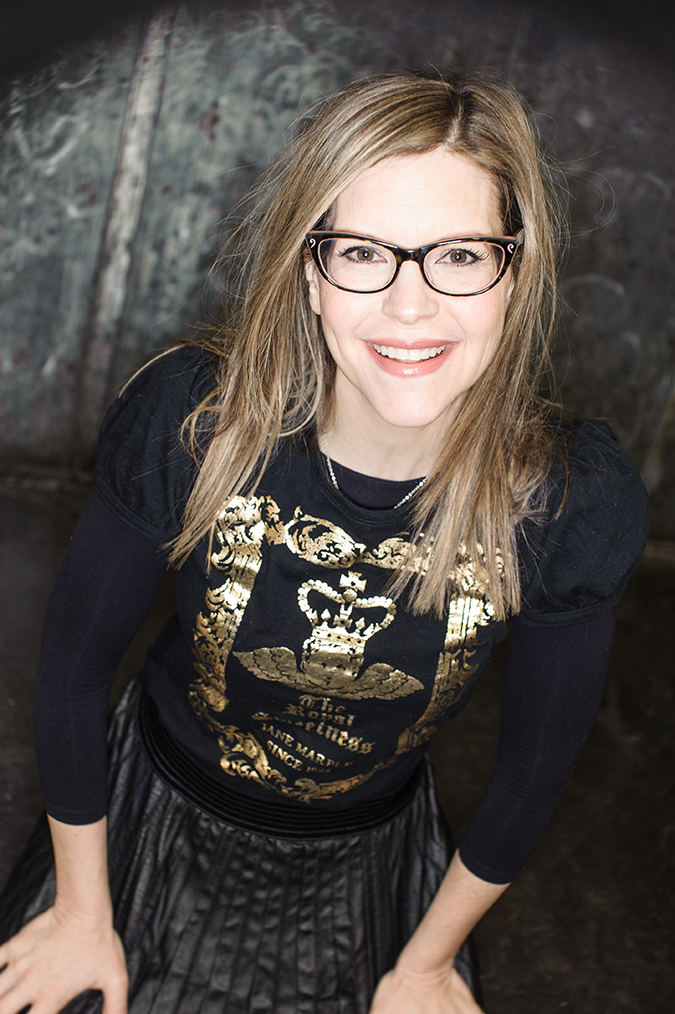 NewsWhistle: My wife and I saw you in Jacksonville, FL 2013, 2014 something like that. You signed a kid’s book for our daughter, Lola. We now have two daughters, so your music is on in our house a lot.

NW: You seem like a busy woman. You have your children’s recordings, your adult recordings, eyeglasses, coffee, reality shows… You have two kids right?

NW: How do you have time to do anything?

LL: You know what? That’s a good question. Actually, just before I called you, I was at a meeting with my manager, and a producer I have been working with because we organizing five different recording projects right now. We are doing some project management to make sure we stay on top of everything. Keep our eye on the ball. Sometimes things can get out of your… Sometimes things can seem overwhelming, but it is important to focus on just what is exactly the task at hand instead of leaving things open-ended. I am going to be recording an album, and saying, “Let’s figure out how long the album is going to be, how many songs does that mean?” Let’s focus on that instead of, “Oh my gosh, it’s an album…” Focus on what the project is. Keep things organized. It’s always a process.

LL: I think I thought my life would go in that direction because of my music, not because of a certain song. I had a great following developing, especially in New York City, and there were lots of record companies interested in signing me, so it felt like my life was going toward, which was my intention, being a successful recording artist. I didn’t realize that one song would pop out like it did, and put me even in a different genre than I was in. You know, I was a singer/songwriter with a band along the lines of Sheryl Crow; not that I sound like her, but it was in that world. Then, all of a sudden, I was on the radio with pop singers. It put me in some different places, but I thought that generally I was going in that direction.

LL: Oh totally, I mean the whole middle part is about the music industry folks who wouldn’t tell you what they think until everyone else in the room had their say. There’s the line, “So alternative just like everyone else in the mainstream.” It’s a time to celebrate, and I know people love it, and I had a lot of success in that time. I love reminiscing, and I love thinking about it, but I also love moving forward. It has all those elements. The celebration, the recognition of that time and place, and a hope to continue to move forward.

NW: The first time I heard it, I thought it was like a conversation you were having with a fan. “Hey, you wrote that song, ‘Stay’. I love that song”, and you respond, “Thanks, and I just wrote this song for you.”

LL: Yeah, it’s kinda like that, though. When I wrote that song, Chad [Gilbert – New Found Glory] who produced the album, said, “Let’s write a song about the 90s”, and I couldn’t really figure out what that meant until I realized that he was a big fan, and he wanted to know what it was like then. Specifically, people wanted to hear about making the video for “Stay,” and what is what it was like then. It really is like a conversation with a fan.

NW: Full-disclosure, I am probably one of those people who, through your various projects, my recognition of you is always underscored by “Stay” because that was my introduction. My wife introduced me to your more rock and roll oriented material. It seems like you are very comfortable moving in between the various forms of rock and roll. You mentioned Sheryl Crow, but my first comparison was with Aimee Mann.

LL: Yes. Or Elvis Costello. People who have a band… Or Ben Folds. We’re songwriters. You run the gamut. You play it, you arrange it, you work with your band, and as a fan, I know what it is like. I am a fan of Colin Hay, who was in the band Men at Work, and I think of him as his hit songs from Men at Work, but I know his current work. I have this connection with his old songs from when I was a kid, but then I have a current grown-up connection to him. It’s interesting to see how you can connect on multiple levels. There are some bands I didn’t know as well growing up, and I think of them as one song, but I respect my love of that one song, you know. Then there are other bands like the Cure, I am obsessed. I know all their records, extra B-sides. The Police. I love their music so much. People connect to artists in their own way, and it’s great.

NW: As a fan, what in your collection do you go back to over and over for inspiration?

NW: Having two young daughters, “Big Rock Candy Mountain” and “The Disappointing Pancake” are big hits in my world. What drew you to the children’s music genre?

LL: I realized it is a little bit less about making music for kids, and more about me getting to make entertainment that felt like what I listened to as a kid. It sounded like my sentimental attachment to my childhood. I didn’t even have kids when I started making this kind of music. I was obsessed with old Sesame Street, Electric Company, Steve Martin comedy, the Carol Burnett Show, all these entertainments, some meant for kids, some for the grown ups. It all had this silliness, all with a sense of heart and storytelling. There was a lot more variety in what you could do with that genre. Kids music, it turns out, was that genre to do that in. We could make something silly, and funny, and smart, and heart-felt.

My new record, Feel What U Feel, is more family-oriented. Which, again, harkens back to that early entertainment that I listened to growing up.

NW: Feel What U Feel is your second with Amazon, right?

NW: How did that relationship with Amazon come around?

LL: They came to me when they started Amazon Music, and they were looking for people to do kid’s music, and Amazon made sense to me. As a parent, I go there a lot. I thought that we would be in front of a lot of appropriate eyes and ears. It seemed like an interesting business model, and the people behind it knew a lot about music.

NW: Is Feel What U Feel a modern day Free to be You and Me?

LL: It has an element of that, also on my Camp Lisa record. We tried to have some interesting guest musicians like Craig Robinson and Ed Helms. There’s definitely values inside of the songs like respecting others, encouragement, and it is important to have feelings hidden, or maybe not hidden, in songs that people want to listen to. 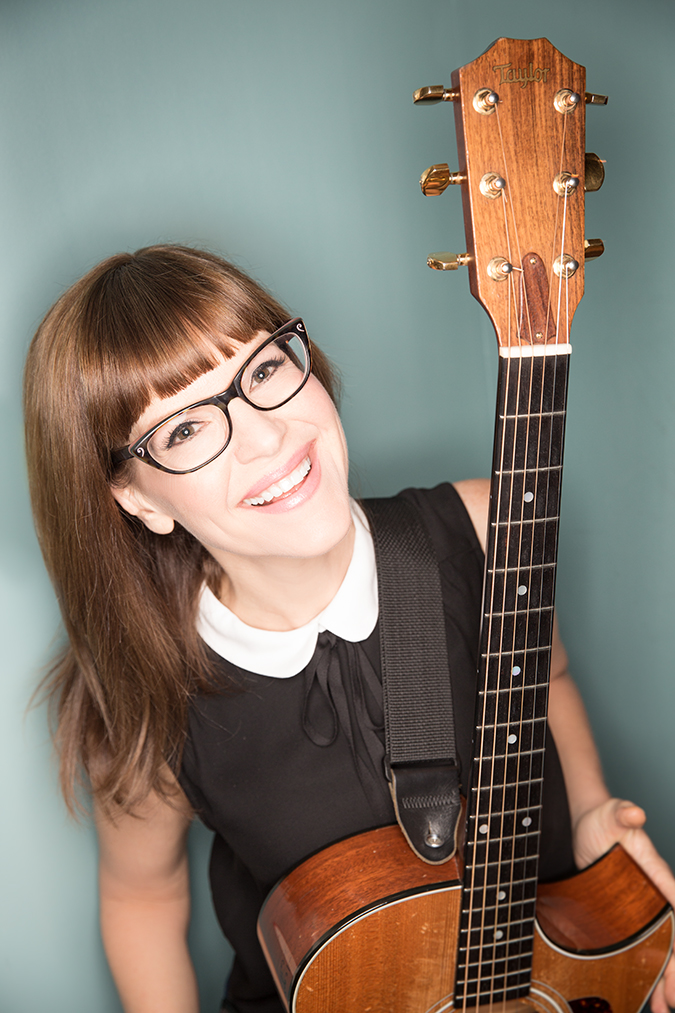 LL: It really is. It is everything you expect it to be. He has a strong, big warm hand, and a great handshake. We laughed a lot. Easy to hang out with. Really talented. Great chemistry. Really enjoyable, and fun. We did a lot of live recording, and we made some videos which will be out soon, and you will see us in those as well.

NW: How about Ed Helms?

LL: We’ve been running into each other for years, and talking about putting some banjo on a record. I asked him to play on a song to add some color. He is really kind, smart, and great to work with.

NW: I am in Minneapolis, and you are playing here on March 5th for a family-friendly Rock the Cradle event. Are the other upcoming shows on your calendar family events?

LL: It’s a mix. I was in Canada last week, and I played three grown up shows and one kids show earlier in the day on one of the dates. It varies based on the demand, the venue, what is going on. I will be back in Minneapolis for a grown up show in the next year, probably.

NW: What about your next adult album?

LL: We had one that we were working on, but then we got an offer to do another kid’s record, which will jump to the front of the line. The grown up album I have been writing will come next.

NW: Can you say anything about what the grown up album will sound li…

LL: No. Not gonna tell you. We can talk again when it is about to come out. I don’t love talking about projects that aren’t done yet. We can talk about it when the time comes.

NW: Fair enough. Thank you so much for your time.

LL: Thanks a lot. I appreciate it. 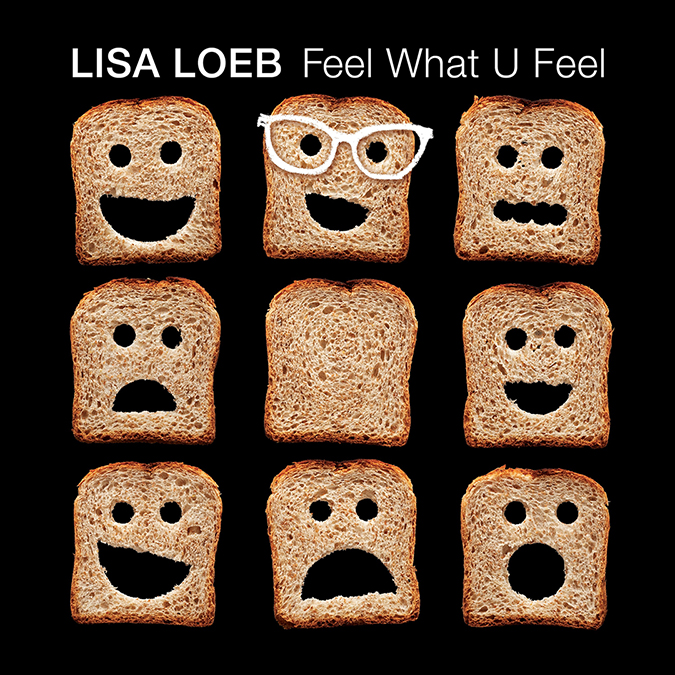 A Music Playlist: Just Say Immersion – Volume 15 – The Spring Ahead 2

A Music Playlist: Just Say Immersion – Volume 14 – The Spring Ahead