BOOK: Letters to a Young Poet

I was visiting the teen/young adult section in one of our local libraries the other night. My daughter was looking for a librarian’s recommendation on what to read next (she’s been devouring the Harry Potter books lately), and I realized quickly that I was not going to be much help. Most of the recent books on display were ones I was completely unfamiliar with, including the many post-apocalyptic volumes inspired by the success of the Hunger Games series. On the classics shelf, though, I saw many books I knew: Treasure Island, The Adventures of Huckleberry Finn, Pride and Prejudice, Heidi, some Kurt Vonnegut offerings. And among the classics was a slim volume of correspondence, Letters to a Young Poet, by Rainer Maria Rilke.

I picked it up and checked it out; it’s short enough to read in one sitting, only consisting of ten letters, written between 1903 and 1908. The young poet and recipient of those letters was nineteen-year-old Franz Xaver Kappus, a young student at the Military Academy of Wiener Neustadt, who was an admirer of Rilke’s poems.   The school’s chaplain chanced upon Kappus reading a book of Rilke’s poems, and Kappus then learned that the chaplain, Professor Horacek, had been a chaplain at another military school fifteen years prior, when Rilke had been a student there. Horacek told his young pupil about the poet as a student, describing him as a “quiet, serious, highly-endowed boy,” and Kappus decided to send his poetry to Rilke to solicit his opinions and advice.

The ensuing correspondence is remarkable for its kindness, generosity, insight, and thoughtful meditations on writing, on art, on love, on creativity, and on solitude. Rilke had a surprisingly egalitarian view of gender, a touching solicitude for his young advice-seeker, a disdain for art criticism, and a sincerity that is at once both fierce and gentle, as he offered insight into his own creative process.

They had Professor Horacek in common, and Rilke describes him in the first letter as “a kind, learned man.” It is hard to escape the thought that Rilke was, in effect, writing to his younger self, as he had been, like Kappus, unhappy at military school, while trying to find his way as an artist. In any event, he wrote passionately, thoughtfully, and with what seems like a sense of great urgency to the younger man, serving up such gems of wisdom as this:

“…I would like to beg you, dear Sir, as well as I can, to have patience with everything unresolved in your heart and try to love the questions themselves as if they were locked rooms or books written in a very foreign language. Don’t search for the answers, which could not be given to you now, because you would not be able to live them. And the point is, to live everything. Live the questions now. Perhaps then, someday far in the future, you will gradually, without even noticing it, live your way into the answer.”

The letters are extraordinary. Kappus published them (including only Rilke’s words, and not his own) in 1929, several years after his mentor’s death. The two men never met in person. Kappus went on to a military career in the Austro-Hungarian army and also worked as a journalist, novelist, screenwriter, and newspaper editor, but today he is forgotten by history except for his role in bringing Letters to a Young Poet to life. Rilke is widely considered to be one of the greatest German-language poets of the twentieth century, and has inspired and influenced such divergent thinkers as Thomas Pynchon, Ludwig Wittgenstein, and W.H. Auden.

RATING (one to five whistles, with five being the best: 5 Whistles 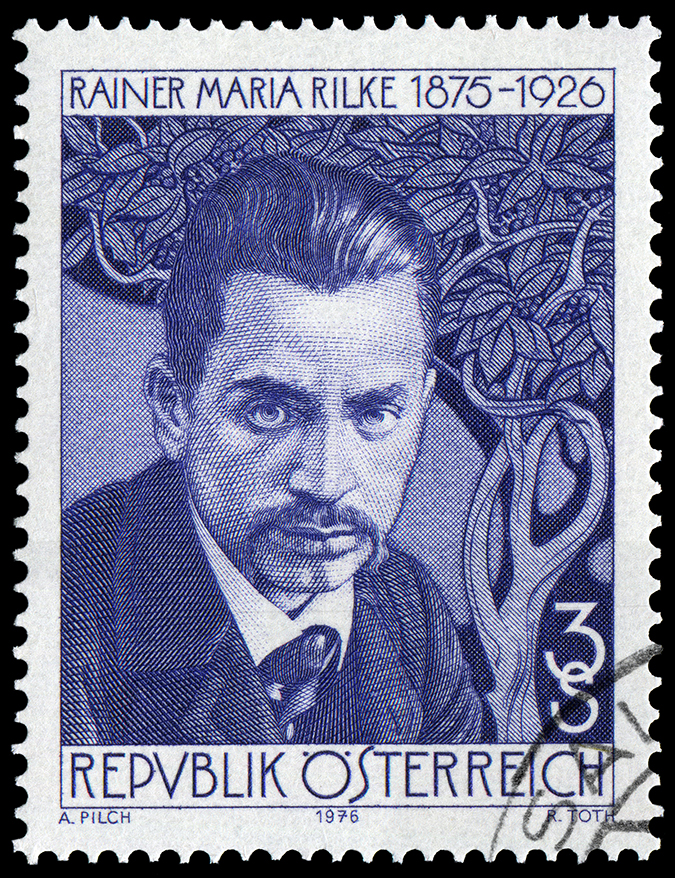