Poet Erik La Prade and illustrator S. Cranswick are back to bring you another poem.

First it was “Edith Piaf on Bleecker Street,” a breezy snapshot of a New York City street scene.

Now it’s “London Visit,” a personal account of what happens when the skies turn grey and the bullets start flying 1,500 miles aways.

Erik dedicates this poem “to Don and Brice.” 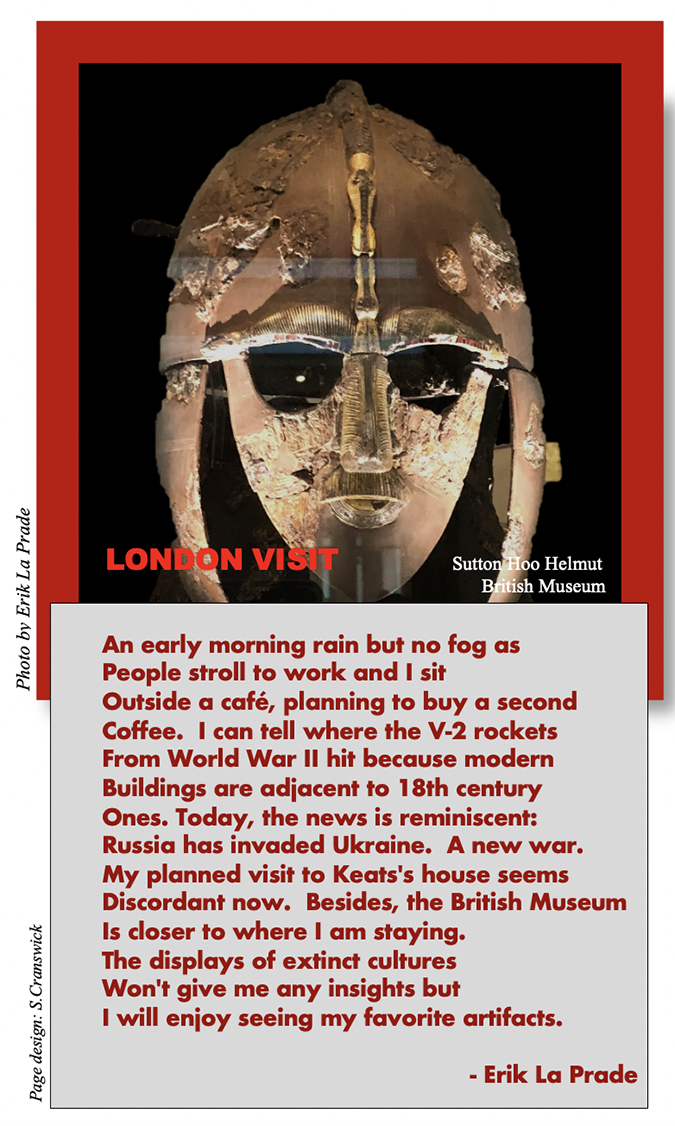 Erik La Prade lives in New York.  His interviews and articles have appeared in Art In America, The Brooklyn Rail, artcritical, and others. His latest book is A PLAGUE YEAR. Last Word Press. 2021. Some of his poems currently appear in J Journal.  He has a B.A. and M.A. from City College.

S. Cranswick has been working as a commercial illustrator/designer since 1972, as well as producing 2D and 3D fine art. She currently resides in Upstate NY.