This week Gloria is taking us somewhere dark and cool.

In my last column, I was marrying this cool older couple in front of the Eiffel Tower.

After the ceremony they asked me what sites I would recommend and I didn’t hesitate to say the Catacombs of Paris.

I know, a bit morbid but super cool.

Not even trying to be dark — although it is dark in the catacombs — it is one of my favorite places in  Paris.

My first reaction was–not scary at all.

I thought, what a great place to throw a Scooby-Doo theme party.

My second reaction was–next time there is a heatwave in Paris this is where I will be. The temperature never changes in the Catacombs, and remember most of us don’t have AC, so this place is fabulous in the summer.

Let me give you a very brief history of the Catacombs of Paris.

When you hear the word Catacombs you think Italy.  The Catacombs in Paris have nothing to do with it. In order to understand the Paris catacombs, we need to go back around two thousand years ago when the Romans found a river and an island, now called Île de la Cité.

There was actually a tribe from northern Europe when the Romans arrived but because of the Romans’ army and engineering skills they were able to send the tribe packing.

Just to know. Paris was very small of course and really consisted of what is now the 3, 4, and 5 arrondissements, or districts.

The Romans decided to build their city in the 5eme, which is today known as the “Latin Quarter.” The 3eme and 4eme is what is called the Marais which means “marsh” as it was underwater when it was discovered.

Cremation was not allowed, so this became a problem with the storing of bodies that started spilling into the street.

The Cimetière des Innocents is the oldest cemetery in Paris and was closed in 1760 mainly because it was next to Les Halles, a large food market, and the French complained about the bodies and odor. (Ah, they are always complaining).

From 1786 to 1860 the city started removing the bones from city cemeteries and transferring them to quarries excavated by the Romans — which is now known at the Catacombs of Paris.

Now only two kilometers of the Catacombs are legal to visit and opened to the public but there are many illegal ways to enter them.

There have been underground raves and parties there.

Someone actually created a theatre down there with a complete bar.

Even thieves used the Catacombs to break into a wine cellar and steal €250,000 of vintage wine.

I have been invited to go and have been so tempted but I declined because there is a community of people that have illegally settled there and created their own art gallery.

I don’t blame them, things up above are a bit crazy and strange at the moment.

But I am afraid that I could get my shapely buttocks stuck in a quarry shaft like one of my friends (who almost did). I mean, how would I explain that in divorce court?

It’s against the law for a reason. Super dangerous.

* People have gone in and never made it out;

* A couple of kids snuck in to escape the heatwave and were found three days later suffering from hyperthermia; and

* Trespassers sometimes run into the subterranean community that lives down there — and that community doesn’t like visitors.

Not the Scooby-Doo episode I had in mind.

Taking a legitimate tour is the best possible way to see the Catacombs.  It also gives you access to other parts that are not available to the general public. 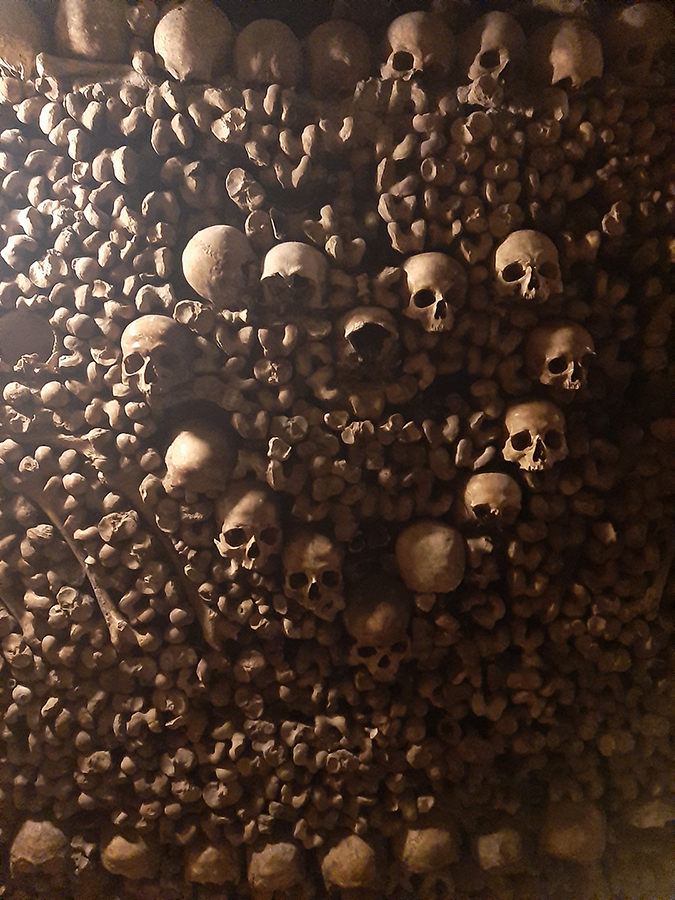 When things get back to normal, look me up.

I can  marry you in front of the glorious Tour Eiffel (see my previous column) and we can go to the Catacombs for your lune de miel (honeymoon).

You can book your tours through https://www.atasteofparis.com. 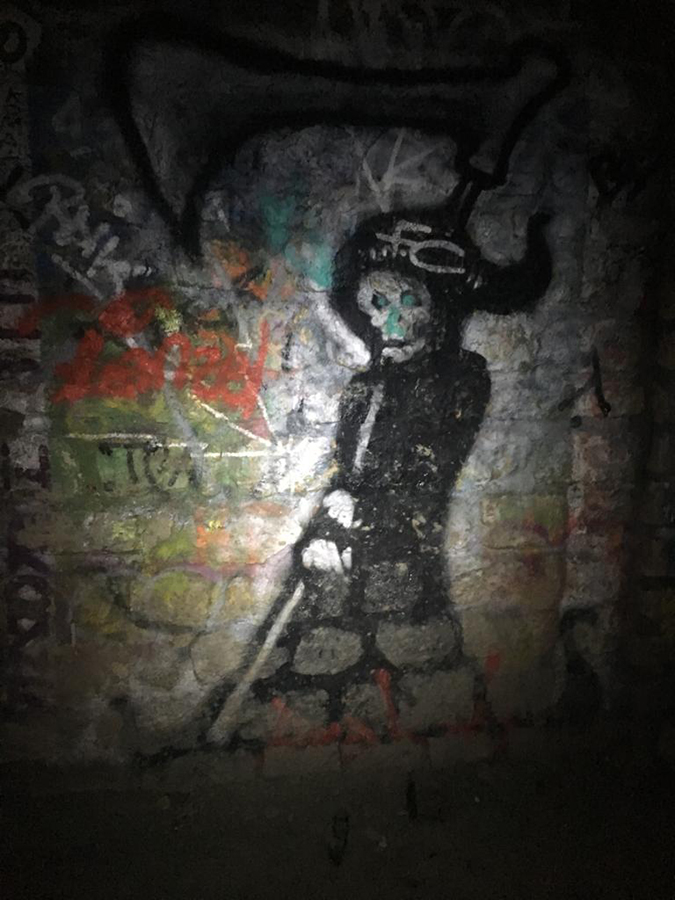