New York’s Morris Levy has produced several films and documentaries, including “The Ten” with Paul Rudd, “Seduced and Abandoned” with Alec Baldwin and “Descent” with Rosario Dawson.

In the following Q&A, Levy talks about his life, the risks he took and his passion for making movies. 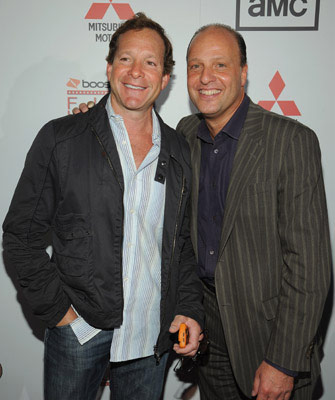 1. This may sound silly but a lot of people see a myriad of producers in movie credits but don’t know what they do? Can you kindly give our readers a simple explanation?

A “producer” runs the gamut.  From finding the project, hiring cast/crew, raising financing, being on the set and managing the movie, working with the director on post-production, and dealing with all distribution.  An executive producer usually brings a certain element to the film (financing, director, actor, or script). Co-producers are usually the ones that help with the day-to-day operations of the film from pre-production to production.

2. How did you get your start as a producer? Would you recommend it as a career?

I started from scratch and learned the business completely on my own. I wouldn’t recommend it unless you have an insane passion for it.

3. Who are your influences? And name five current producers that you admire.

I am greatly influenced by my father.  The producers I admire: Brian Grazer, Harvey Weinstein, Jerry Bruckheimer, Irwin Winkler, and Scott Rudin.

4. What’s the funniest or saddest thing that’s happened to you this week?

Hard to narrow down one thing, every day is an adventure within itself.

5. What’s your favorite movie? And why?

The French Connection. I just loved the true life story and the great police work back in the day.

6. What’s the biggest risk you took in life?

Going from owning a clothing company to starting a production company and producing independent feature films.

7. If you could go back in time and do one thing over, what would that be?

I have the best answer, but I’m keeping that to myself… But I will say this, with the exception of that one point, there’s nothing else I would change in my life.

8. Tell us your favorite joke:

“Me and my wife are married 20 years.  For our 20th anniversary, we went to the same hotel that we got married in and stayed in the same room. Only this time, I was the one in the bathroom crying. ”- Henny Youngman

9. What’s something that most people don’t know about you?

I love The Three Stooges and Abbott and Costello.

10. What’s the best piece of advice you’ve ever heard?

Treat everyone with respect.

11. Who’s your favorite celebrity? And why?

Alan King. He was like an uncle to me and a very close family friend.

12. What’s your strangest phobia or superstition?

13. Is there anything you want to pitch, promote or discuss?

Working on a great TV show, and very proud of the opening of the film I produced, Affluenza.

14. What’s your favorite story regarding a celebrity?

15. What do you look for before producing a movie? Is there a common theme amongst all your films? For people not familiar with your films, what movie should they watch first and why?

I look first for material I like, then something that is possible to get made within a reasonable budget, but my first choice are always comedies and biographies, which is also my common theme.  For people not familiar with my work, I would recommend watching my first film, Kiss Me Again.  I think it still resonates today.