Is it too late now to say sorry? Celebrities had an unapologetic week it seems — from an amazing skin display at Cannes to Justin Bieber telling fans there will be no more photos to Susan Sarandon slamming Woody Allen during one of her interviews.

The news that has left celebrity followers scratching their well-coiffed heads this week has to be Katy Perry and Orlando Bloom all over each other on a yacht in Cannes just days after he was spotted getting thisclose to Selena Gomez in Las Vegas.

The famed Cannes film festival kicked off this week and though there were some notable films being screened which we would mention, but really who cares, when what really stole the show was the amount of plunging necklines and high kicks seen on the red carpet.

Some of our favorites: Kendall Jenner’s plunging neckline, Catriona Balfe’s wind-swept dress and Laure Calamy’s enthusiastic can can dance in which she flashed EVERYONE at the top of the Palais des Festivals. Ooh La La!

Way to go, Banana Heels! The Diva Edition. In this episode, Mariah Carey stumbles in her sky-high Louboutins, but unlike the rest of us mere mortals, she had plenty of hired muscle to keep her from smacking pavement.

Justin Bieber has banned taking photos with fans saying he feels like a zoo animal. The 22-year-old pop star has since been spotted hanging out in a Boston park barefoot, feeding squirrels and climbing trees. Remember, squirrels, nuts, yes; photos, no.

May the Fuzz be with you. Harrison Ford rocks the bushy beard look.

The Baywatch reboot wraps and Priyanka Chopra is sad. Poor Priyanka….You can run down the beach for us anytime.

The Cherry on Top:

Katy Perry and Orlando Bloom were spotted packing on the PDA on a  yacht in Cannes. This comes after the British star was spotted getting handsy with another hot young singer, Selena Gomez in Las Vegas just days earlier. They both kissed Legolas and liked it! 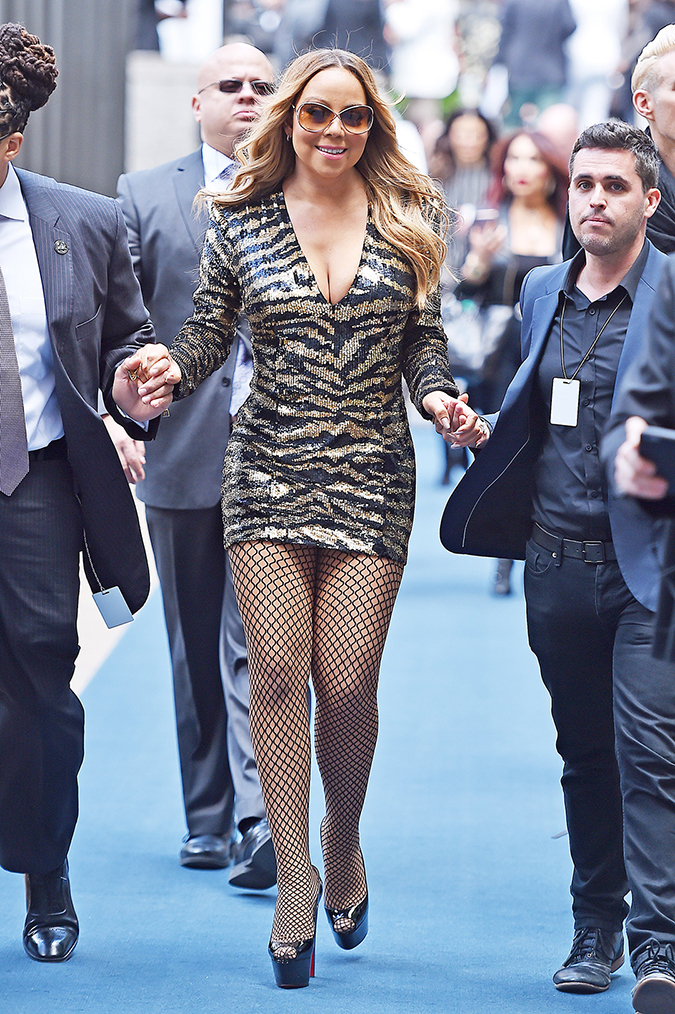