Awopbamboom Vol. 72 – Summer’s Not Over Yet!

It’s still August, so time to squeeze out all you can from summer.

Plenty of festivals left and bands on tour, get out there check out some live music.

Here’s what is orbiting our musical universe this week.

This past weekend marked 25 years since the release of Metallica’s self titled “Black” album.  Many would say this record solidified metal as mainstream.  Summer is waning, it’s “sad but true,” but you can still catch Metallica this Saturday even if you aren’t actually at the show.  The concert will help open the new U.S. Bank Stadium and will be live streamed on Pandora Radio; you can tune in here.

If you’ve never had the chance to catch this British folk-punk rocker, or even heard of him, get on it!

We think he’s the English Springsteen and that you should check out his rocking live show, all sing alongs.  Still in the U.S. this weekend, there’s a short trip across the pond then back to North America into November for a true #endlesssummer.

Hauntingly beautiful songwriting–indie darling Julien Baker is one to watch.

At just 20 years old, Baker’s piano and guitar playing is sad and gorgeous.

Check her tour dates on her official Facebook page.

Christine and the Queens, “Tilted”

Check out the French version of “Tilted” called “Christine.”

Sort of a happier Sia, and French. Limited dates in North America and the UK through November. 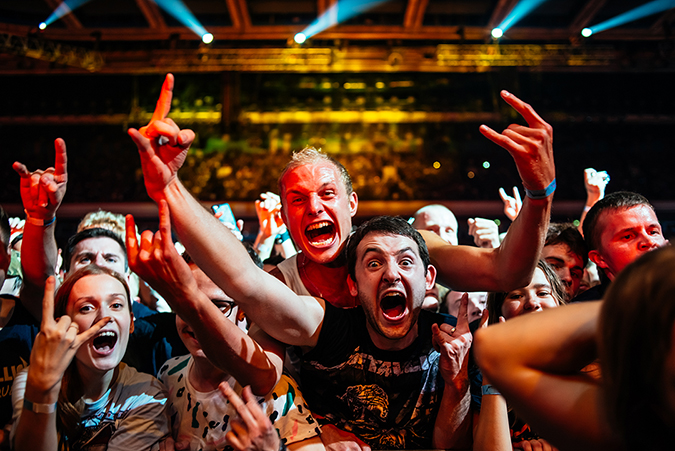