The strikes targeted a scientific research centre in Damascus, a chemical weapons storage facility west of Homs, and another storage site and command post nearby. More than 100 missiles were fired.

U.S. President Donald Trump said the U.S. would continue to apply economic, diplomatic and military pressure on Syria’s president, Bashar al-Assad, until he ends his use of chemical weapons against civilians.

Russia moved for a resolution at the United Nations Security Council condemning the allies’ airstrikes, but the resolution was voted down.

Syrian military claimed that many of the allies’ missiles were intercepted and shot down; only minimal damages were inflicted by the air raid.

But U.S. Defense Department officials said that the American-led missile strikes had taken out the “heart” of President Bashar al-Assad’s chemical weapons program.

South Korea: A Samsung securities employee caused chaos in the financial market when he mistakenly issued 2.8 billion shares, which were worth US$100 billion to staff.

The company had intended to pay 2.8 billion ($2.6 million) in won (the South Korean unit of money) of dividends to some 2,000 employees who subscribed to the company’s share ownership plan.

But the employee mistook “shares” with “won” when he entered the instruction in the system.

Although the mistake was discovered and fixed about half an hour later, 16 staff members had already cashed in five million shares.

By Tuesday, share value in Samsung Securities had dropped 10 percent.  Adding to the company’s woes, the South Korea’s National Pension Service said on Tuesday that it would cease business with the broker.

The debacle sparked concern that incidents of smaller “fat-finger” trades may have escaped noticed in the past and may happen again in future.

For more we go to Bloomberg Technology:

The 72-year-old former president, universally known as “Lula,” was Brazil’s president from 2003 to 2011.  He was convicted of corruption and money laundering in July 2017.

Lula is the first president in Brazil’s modern history to be incarcerated.

Supporters gathered outside of Lula’s jail and 500 remained after police shot rubber bullets and sprayed tear gas to disperse the crowd on Sunday.

Brazil’s supreme court rejected Lula’s plea not be sent to prison until all possible appeals were exhausted. Instead the court decided that the former president could continue to appeal while serving out his prison sentence.

While many think Lula can continue to campaign for office in the coming presidential election, his imprisonment will make him ineligible to run for the election.

For more we go to Guardian News: 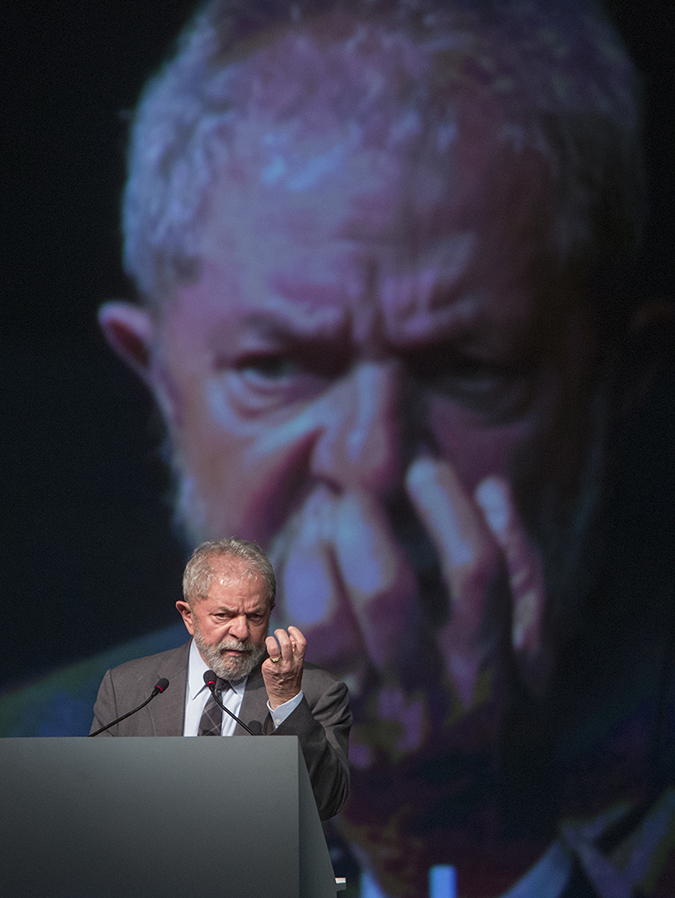