With upwards of twenty sequels set for cinematic domination this summer, it should come as no surprise that one of the biggest weekends of the sweltering season, Memorial Day, offers up two of the highest profile continuing sagas, in Disney’s “Alice Through the Looking Glass” and Fox’s “X-Men: Apocalypse.”

It also shouldn’t be a shock when both of them land #1, #2 in the rankings, since their predecessors were massive box office triumphs, especially Tim Burton’s “Alice in Wonderland,” which turned heads, grossing over $1 billion worldwide, and launched a new Disney live-action adaptation universe in the process.

Bryan Singer’s “X-Men: Days of Future Past” was no slouch either, becoming the highest grossing film of the X-Men franchise—before the days of “Deadpool,” that is—tallying up $747M globally.

The double-edged sword of sequels is this: while almost guaranteed a solid box office return, a studio has to try doubly hard to impress, especially with critics, who may not have much effect on opening weekend, but certainly kick start word-of-mouth and keep the box office boat afloat weeks after the film launches.

“Alice Through the Looking Glass” and “X-Men: Apocalypse” at 40% and 52% on Rotten Tomatoes are both taking a critical beating; however the original “Alice in Wonderland” skated by with just 52%, while “Days of Future Past” hit a series-high, 91%.

Disney spent $170M on “Alice 2.” uUnfortunately for them, included in that, was not a paycheck for Tim Burton to direct. Those reigns went to James Bobin (“The Muppets,” “Flight of the Conchords”) who does a serviceable job, but being compared to Burton is just a tad too unforgiving.

Although there’s a manic creative thread that runs through all of Burton’s work, he has only once been seduced by the sequel, with “Batman Returns,” early in his career. And that’s what’s really missing from “Through the Looking Glass”: his twisted sense of wonderment, that infectious zaniness that abounds in a Tim Burton film.

It’s as if someone is holding up a mirror to Burton’s world—we get a reflection, but not a true immersion into Wonderland. Not that “Alice 2” is a bad film; it’s just not as magical or deliciously macabre as the original, even though it has mostly the same cast.

Sacha Baron Cohen is actually one of the highlights, as much of the focus is on his character, Time, as well as Helena Bonham Carter’s Red Queen, and wisely, Johnny Depp’s Mad Hatter (although he is in glum-mode throughout).

And while the original characters do make the story tick, unfortunately the brilliant minor characters—the Cheshire Cat, Tweedledee/Tweedledum, and McTwisp have little to nothing to do, or say—nary a clever one-liner.

The whimsy of Wonderland is diluted quickly as derivative time travel tropes—including the vastly overused “you can’t change the past” theme—dominate the adventure, as the story is clearly on auto pilot, despite bringing back one of Disney’s most prolific screenwriters and storytellers, Linda Woolverton.

In 3,700+ theaters, expect “Alice Through the Looking Glass” to break through with $65M+ as families are clearly starved for entertainment (how else can you explain the $38M, #1 debut of “The Angry Birds Movie” last weekend!?) for the traditional 3-day weekend, and closer to $80M for the extended holiday.

That should keep the folks at Disney smiling, and they’ll quickly forget all about the ill-fated “Tomorrowland” which launched with just $33M/$42M over Memorial Day 2015, and ended up with just $209M worldwide.

“X-Men: Apocalypse” is keeping the franchise locked in at Fox, as the 6th film in the franchise—not counting spin-offs—debuted #1 in the world last weekend with $100M. And while “Deadpool” is laughing somewhere, $700M+ worldwide will assure another sequel, even if budgets keep rising, which includes $234M for the latest.

The first “Star Trek: Beyond” trailer was an infinite slap in the face to Trekkies, using a Beastie Boys song to laughably try and amp up the action and enlist a new generation of fans.

It was a face palm plant that rivaled any meme of the classic Captain Picard. 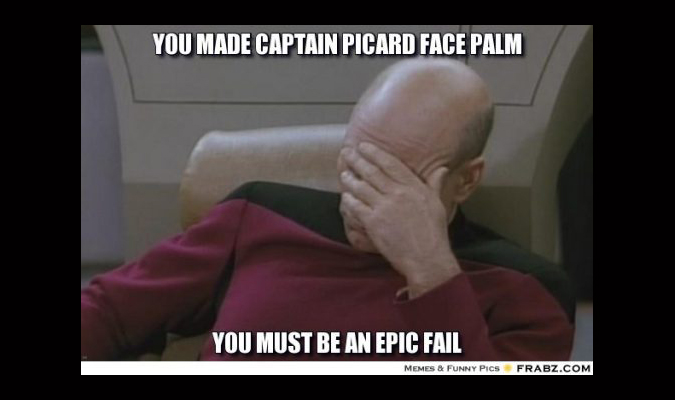 In fact, it failed worse than “Star Trek V.” Thankfully, writer and star Simon Pegg (who has since apologized) and director Justin Lin (“Fast & Furious”) paid attention. The latest trailer looks like classic Star Trek–worthy of the 50th anniversary logo and definitely a step in the right direction, supposedly introducing 50 new alien species to the universe.

That’s boldly going in the right direction if you ask me. Space is infinitely amazing, so let’s keep using our imagination and explore all corners—the darker, the better.

I don’t even want to see this…and I got chills watching this. Ok, damnit, I’ll go, I’ll go! My original hesitation was the fact that I remember just how wonderful the original animated classic was, and didn’t want to ruin that. However, after seeing this, it looks like Disney has done it again…hitting all the right chords…and in the process, unleashing another billion dollar box office beastie.