That’s been the ultra-trendy catchphrase on the internets of late, and the credo created by the box office sensation of “Black Panther,” which has now grossed $940M globally heading into the weekend.

In fact, if Marvel’s latest takes the top spot again, that catchy saying might just ring true for a record-breaking 4th straight weekend domestically —an event that hasn’t happened since “Star Wars: The Force Awakens”—as the four new wide releases arrive with very little buzz, and are all currently being ho-hum’d, if not browbeaten, by critics.

With China debuting this weekend, Disney is no doubt dancing in theater aisles as “Black Panther” zeroes in on $1B worldwide. That said, there is another contender to the box office throne. The Mouse House’s latest release, a big-budget adaptation of Madeleine L’Engle’s “A Wrinkle in Time,” enters the fray backed with a mighty marketing campaign, and while it may have hot-button PR spin on its side, as well as Oprah, “Selma” director Ava DuVernay and Reese Witherspoon, that may not be enough to bolster the dystopian grosses of late from the reeling YA genre.

Recently, Fox’s “Maze Runner: The Death Cure” bottomed out domestically, tracking down just $57M, while the two previous installments hit $102M and $81M, respectively. And let’s not forget the damage that was done by “Divergent.” Lionsgate’s franchise hit a box office brick wall, and didn’t even bother finishing off the series, after the third in the series, “Allegiant,” crashed hard. And lest we mention Disney’s own YA kerfuffle, “Tomorrowland,” which cost upwards of $200M and ended up opening with just $33M in North America, and finishing with $209M worldwide. That’s a failure to launch on par with the cotton-balled Rocket Rods ride at Disneyland.

“A Wrinkle in Time” may still be able to top $30M this weekend, but word-of-mouth will have to be extraordinary for families to punch their tickets. The biggest hurdle facing “A Wrinkle in Time” is the fact that the book is an extremely difficult adaptation. Great book, read by millions, but not every page-turner results in a satisfying silver screen adventure. Sometimes the formats just don’t mesh. The cerebral nature of L’Engle’s tale, and the fact that the trailers never really wowed audiences, may be its undoing at the box office. And if this happens to go down with $25M or so, it will be considered a massive misfire by Mouse House standards.

Strangely, director DuVernay’s “A Wrinkle in Time” seems like an amalgamation of films we’ve all seen too many times before, which is the precise reason a majority of these overly-hyped YA adaptations are tanking in theaters.

And that leaves “A Wrinkle in Time” in a perplexing position, as it will most certainly have trouble toppling Marvel’s box office titan. Disney’s a winner all around, don’t get it twisted, but when the super studio releases a film with four supplementary books in the series, invests over $100M (not to mention marketing this film like a summer blockbuster), and hires Oprah, well, it’s pretty obvious they were expecting sequels. If this doesn’t reach $400M worldwide, those expectations might be for naught.

Debuting in 3,800 theaters this weekend, tracking has been trailing off the last two weeks, and many predict it will land somewhere in the range of $30M. Remember, Disney’s “The Chronicles of Narnia” opened with $65M in 2005 and went on to gross nearly $300M domestic. No doubt those were the type of numbers Disney was envisioning when “A Wrinkle in Time” was greenlit. The Narnia follow-up, “Prince Caspian,” reached less than half the numbers of “The Lion, The Witch and The Wardrobe,” and thus, the distribution rights went to Fox for the third installment.

It should come to a shock to no one that “Black Panther” slipped past $900M worldwide earlier this week, and recently reached #9 all-time on the top-grossing domestic film list edging past “Beauty and the Beast” ($504M) and setting its sights on “Rouge One” ($532M) and “The Dark Knight” ($534M). Top 10 of All Time. Impressive stuff here, folks, so don’t feel too bad for Disney.

You may find this hard to believe with “Black Panther” and “A Wrinkle in Time” dominating the social media universe, but there are actually three additional wide releases being dropped into theaters this weekend. Dropped, being the operative word here, and in this case, defined as: letting a helium balloon go into a hurricane. That’s trouble.

“Hurricane Heist,” anyone? Ludicrously, Entertainment Studios—the people who brought us “47 Meters Down” and “Hostiles”—unleash a film only the “Sharknado” audience could love. I don’t even think MoviePass blocking out every other film in their queue could save this movie monstrosity.

Also on the DOA docket is the sequel to a film put out a decade ago by a company that no longer exclusively distributes films—Universal’s genre arm, Rogue Pictures.

Aviron, who had some success last fall with their initial release, Halle Berry’s “Kidnap”—$10M debut, $30M total—may see “Strangers: Prey at Night” slicing into upwards of $8M, as there aren’t any horror films walking down the dark corridors of the movie marketplace currently…which is always a bloody good time to pounce.

The original debuted with $20M and finished with $82M worldwide on a skimpy $9M budget.  The sequel likely didn’t cost much more than that, so should turn a little profit, even if it appears to get lost in the box office shuffle.

And lastly, Amazon Studios and STX unload their action/thriller/comedy, “Gringo” into 2,400+ venues. The R-rated comedy features a great cast with David Oyelowo in the lead and Joel Edgerton, Amanda Seyfried, Thandie Newton, Sharlto Copley, and Charlize Theron in supporting roles, but more often than not, these zany adventures go off the rails, and don’t appeal to wide swaths of audiences. Looks like a lot of fun if you dig the genre, but will likely take off with just $5M in its debut, and will quickly exit stage left: Netflix…where it will be more fully appreciated.

In limited release, Focus Features delivers the mean-spirited, R-rated romp, “Thoroughbreds” into moderate wide release in 600+ theaters.  While reviews have been mostly positive, there’s a reason it didn’t debut in limited release before going wide, as word-of-mouth will likely be toxic. This is an all-or-nothing first weekend.

Outside of critics who appreciate something different, there’s not much of an audience for this type of film—a dark comedy featuring too-cool-for-vocabulary-school teenagers that devise a plan for murder.

Unfortunately, the film also features the final performance of Anton Yelchin, who died in a tragic car accident a couple years ago. And right or wrong, with all that’s going on with school-shootings, “Thoroughbreds” feels like the wrong film at the wrong time in the marketplace, and, to be fair, not exactly the kind of film that ever really works at the box office—just ask cult films like “Heathers,” “Jawbreaker” and more recently, “Ingrid Goes West.”

Twentysomething Writer/director Cory Finley makes his directorial debut with “Thoroughbreds,” and he’s obviously a very talented wordsmith, but making a film about disenchanted, upper-class teens is a tough, tough sell for even a seasoned veteran. Hopefully for him, his voice will be echo loudly, and he’ll align it with box office fruition with the right project later down the line.

Great trailer, though, and even better sound cues. 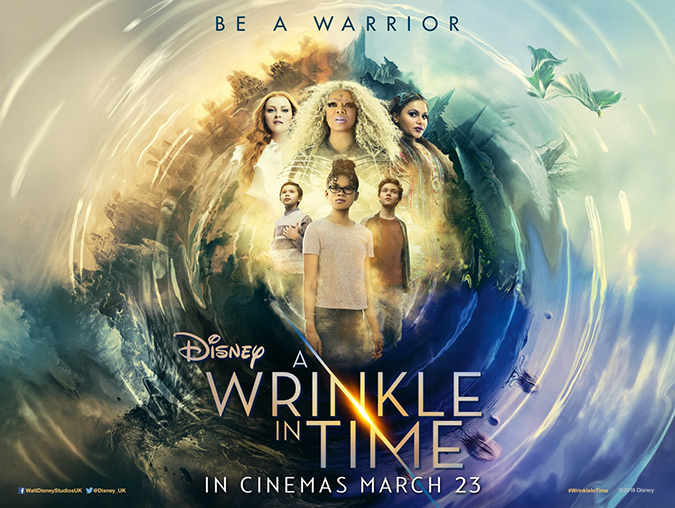