Hollywood never says die when it comes to a good horror sequel.

Did I say good? What I meant to say is profitable. That brings us to the “Alien” series, which has grossed $1.3B over the course of seven films.

While Blumhouse is changing the chill pill genre by going ultra low budget, “Alien: Covenant” is an old school throwback, and one of the granddaddies of the genre, having first crept into theaters 38 years ago in May of 1979.

Its hardcore sci-fi roots and high-level production design have set a precedent. That was no truer than with James Cameron’s masterpiece, “Aliens,” which means these films don’t come cheap, and “Covenant” is no exception, with a price tag of $111M.

What makes this eighth iteration special though, and worth the financial risk, is that the original director, Ridley Scott, again returns to the reins, for an updated game of cat and mouse.

While he guided “Prometheus” to over $400M worldwide, Fox must have thought they could juice the box office a bit more by going for the jugular and giving fans the first true “Alien” film in two decades. The last one without Predators was 1997’s “Alien: Resurrection” which tallied $161M worldwide.

As you can clearly see from Fox’s poster package, the studio wants you to focus in on what are the core elements of “Alien.” Run. Hide. Pray. Scream. 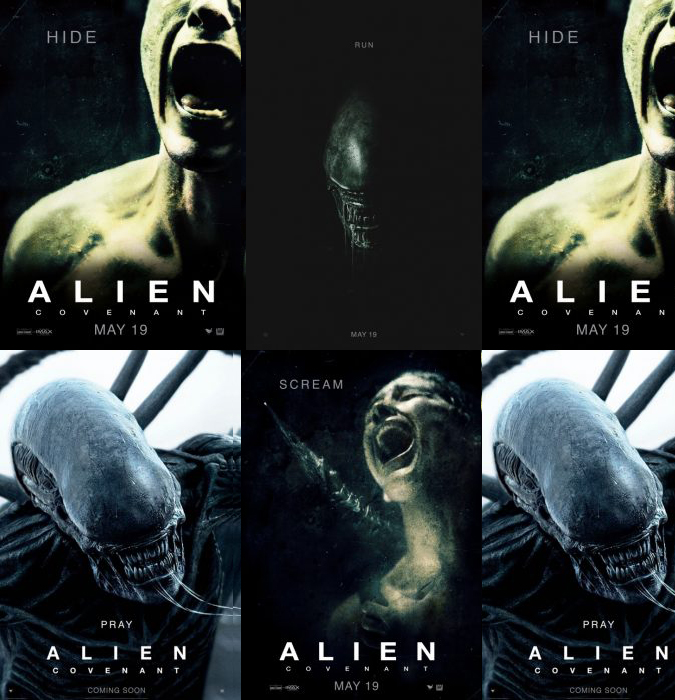 This harkens back to the original film which ran with the tagline: In space, no one can hear you scream. 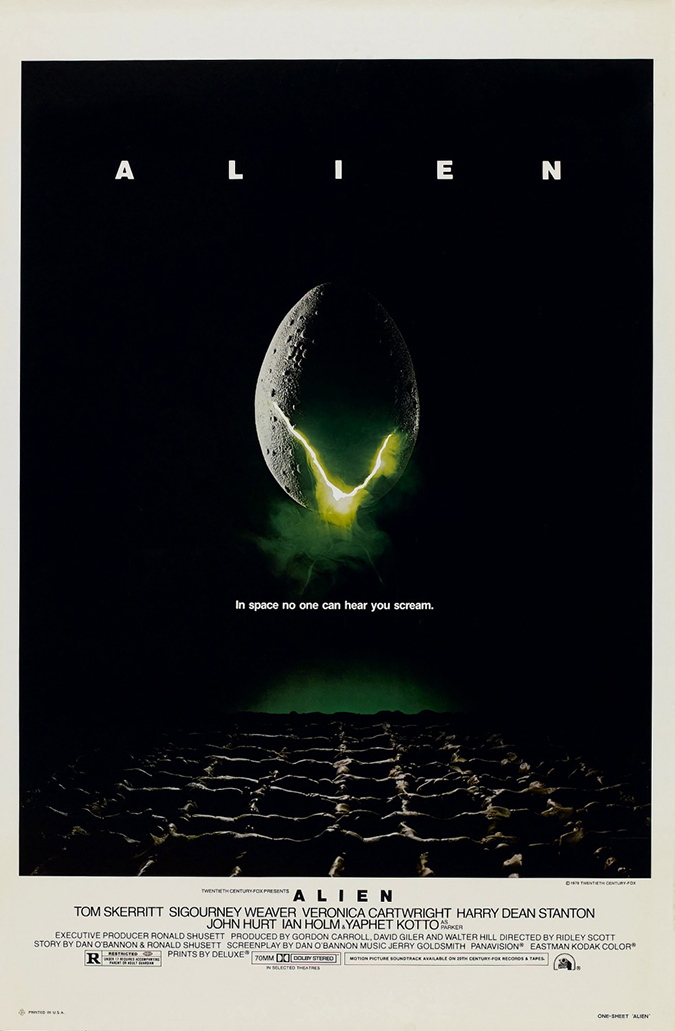 “Alien: Covenant” lands as a Franken-sequel–equal part “Prometheus,” however, this time combined with the full strand of “Alien” DNA.

Make no mistake; this one is for the fans. While it’s not technically a reboot, it guides us back into the world of H.R. Giger in familiar fashion, with the beasties we know all too well, face-hugging humans one by one…and eventually popping them off.

Danny McBride, James Franco, and Billy Crudup are just some of the unlucky few that join the ranks, along with the only returning member of “Prometheus,” Michael Fassbender, who again plays the synthetic, David.

The good news is “Alien: Covenant” is getting great reviews at 77% fresh on Rotten Tomatoes.

It is technically summer, so having one sequel every weekend probably isn’t enough, right? Good thing Fox is doubling down this weekend, in a rare move, also releasing their fourth “Diary of a Wimpy Kid” film, the rebooted, “The Long Haul.”

Why keep making these? Well, they cost about $20M and recoup around $75M worldwide. With all the ancillary sales, the bottom line is the bottom line, and they must make a sweet little pile of cash or we wouldn’t be talking about #4.

In 2,800+ theaters expect around $12M, which would be the lowest bow of the franchise. “Dog Days” debuted five years ago with $14M, but eventually went on to earn a respectable $49M. This one should be no different.

Hot off what will likely be the biggest box office belly flop of the summer in “King Arthur”—cost $175M, debuted with $15M—Warner Bros. returns with the teen drama “Everything, Everything,” which looks pretty much like a “The Fault in our Stars” knock-off.

While Fox’s huge hit debuted with $48M three summers ago, “Everything, Everything” will probably have to settle for $10M or so. Hey, at least they didn’t spend $175M on this one.

Yes. All the yes.

Get to know the name Zoe Lister-Jones. She’s a triple threat here writing, directing, and acting…and it looks just delightful. Has the female Woody Allen arrived? I mean, without the adopting a kid and then marrying the kid part.

STREAMING KEEP OF THE WEEK – CBS ALL ACCESS “Star Trek: Discovery” (This Fall)

CBS has a new streaming channel, and it debuts with the new Star Trek series, which is set a decade before Kirk, Spock, and the rest of the original Trekkers. Looks solid. Let’s hope it lives long and prospers.

STREAMING HEAP OF THE WEEK – Fox’s “Ghosted” (This Fall)

By all accounts this should be good. God, I really want it to be. I totally dig Adam Scott and Craig Robinson. But why then, am I struggling to find the funny here? I want to laugh, I really do. But, it’s just not funny.  Would have been great on Netflix or somewhere else where the show didn’t have to put itself in a PG-13 corner. This has the feel of the “Ghostbusters” reboot…and we all know what happened with that. Ghosted may live up to its name. 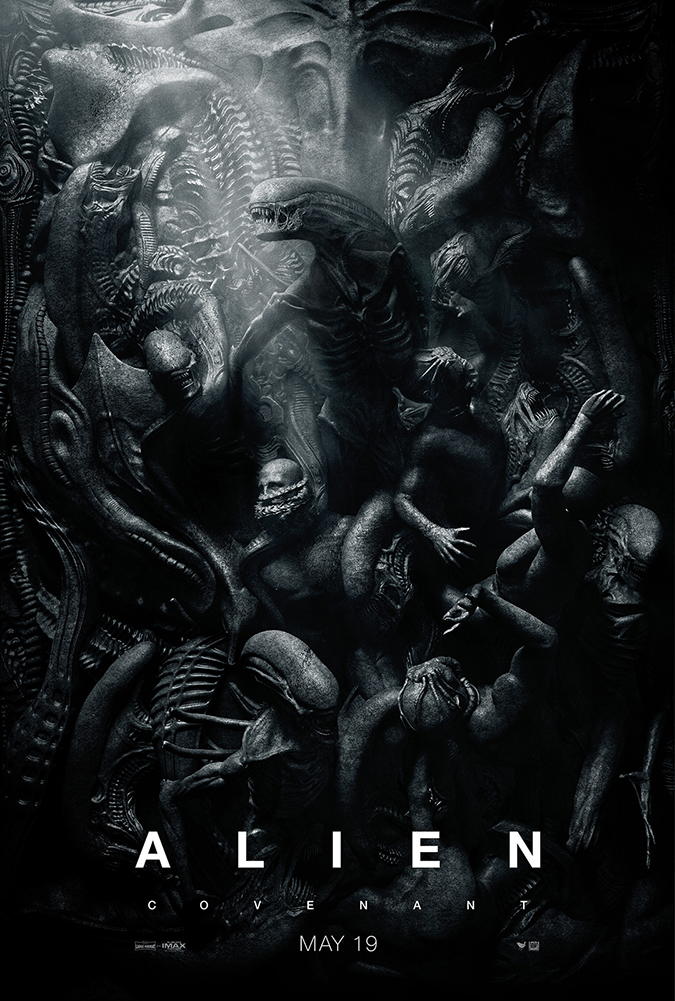