When you talk about actors synergizing with their movie roles, you think of Robert Downey Jr. as Tony Stark/Iron Man, Harrison Ford as Indiana Jones, Jim Carrey as the Grinch, Johnny Depp as Capt. Jack Sparrow, Christopher Reeves as Superman, Sylvester Stallone as Rocky, Jack Nicholson and Heath Ledger as the Joker, Gal Gadot as Wonder Woman and Angelina Jolie as Lara Croft in Tomb Raider. Sometimes it’s a blessing, sometimes a curse.

These are the actors in roles they seemed destined to play and will always be remembered for. They are, in fact, extensions of the personalities, the embodiment of who the audience sees them as…and all magnified by movie screens twenty feet tall and luminous.

It’s been 17 years since Jolie became the female heir apparent to Indiana Jones, when she broke out with an early summer debut of $47M on her way to $274M worldwide in 2001. But what should have been a handful of films turned into a stunted sequel two years later, as “Cradle of Life” crashed and burned with a $21M debut and just $156M globally. Since then, the franchise has been in mothballs. Until now. Dun-dun-DUN!

WB picks up where Paramount left off and casts Alicia Vikander (“The Danish Girl,” “Ex Machina”) as a more subdued Lara Croft, trading in the action heroines’ trademark spandex for cargo pants and a tank top. That’s a major departure as a selling point—action over the female form, and we’ll see if fanboys and fangirls follow the switch. Or even care, for that matter.

There isn’t any question whether or not Vikander has the acting pedigree—she’s fascinating in everything she’s in. The question here is can she overcome Jolie’s imprint of the character, as she alone made the role iconic, not only because of her persona, but because it felt like Lara Croft was the role she was born to play.

That’s a steep barrier for anyone to overcome, even for Vikander, so “Tomb Raider” will have to rely on the synergy of story and action, which we all know from previous video game adaptations, can be intrepid at best. I mean here we are, nearly 20 years later and we still don’t have a video game adaptation worth a roll of quarters.

Even “Cradle of Life,” which certainly amped up the action quotient, couldn’t quite figure out how to expand the brand. That leaves WB’s new reboot on unstable footing, especially with predominately mediocre reviews on the horizon.

The empowerment of “Wonder Woman” and its success would make “Tomb Raider” seem like a perfect follow-up; however, mediocre storytelling and action malaise can doom any movie that feels like a movement– just ask last weekend’s “A Wrinkle in Time.”

In 3,400+ theaters, “Tomb Raider” should have been able to knock off “Black Panther” in its 5th weekend; however, I’m not sure even WB believes it can achieve that feat, as marketing has been extremely low-key considering their reboot carries a $90M budget.

“Tomb Raider’ seemed poised to outrun “Black Panther” initially, but unless it trots off with more than $25M, it likely won’t dethrone the box office king. If that happens it will be the first time since 2009’s “Avatar,” which held the top spot for seven consecutive weeks, that a film has been #1 for more than four weeks in a row. Who’s #1? “Titanic,” which locked down #1 for a mind-numbing 15 weeks.

But, that’s not even the biggest story of the weekend. Fox’s “Love, Simon” is. Bolstered by sensational reviews, the gay-themed teenage love story, that seems very John Hughes-esque, should surprise, as teens will no doubt flock to it.

Consider this: “Love, Simon” is based on Becky Albertalli’s debut novel “Simon vs. the Homo Sapiens Agenda,” which was released in 2015 and received a number of awards, and also just happens to land in theaters at the perfect time for what is a wonderful ideology: the inclusive movement. But that’s not all.

Lionsgate’s “Wonder” is part of that same movement, and reminded us that kindness and gentleness and inclusion, as well as pulling on heartstrings, is something that audiences really want, and need, right now. Remember when I talked about the perfect role, for the perfect actor. Well, that could be the case here for the perfect movie for the perfect director.

That would be Greg Berlanti, who is openly gay, but more than that, knows a thing or two about capturing the zeitgeist of the day, as he began his career as a writer on “Dawson’s Creek,” and is the creator of “Everwood.” And lest we leave out his current workload, he’s writer/producer/show runner of the entire Arrowverse, including “Arrow,” “The Flash” and “Legends of Tomorrow.” Oh, and “Supergirl,” too. And he’s a producer on “Riverdale” and “Black Lightning.” So it should come as no surprise that he’s allegedly the first human to be successfully cloned multiple times.

Not sure how he scheduled time to direct the $17M film, but the subject matter of “Love, Simon” seems very near and dear to his heart. For those things…you make time. And usually, those turn out to be very special things, indeed.

And speaking of a coming out party, this may be a career-defining role for lead Nick Robinson, who previously engaged teen audiences in “Everything, Everything” and was also featured in “Jurassic World.”

“Love, Simon” won’t take the top spot, releasing in just 2,400+ theaters, but don’t be surprised to see it overperform and land with $16M+ and much more in weeks to come. And if it arrives with even more heat, say upwards of $20M, that will mean money taken away from “Tomb Raider,” which could also help “Black Panther” stay on top.

Also set for release in moderate wide fashion is Focus Features’ “7 Days in Entebbe.” No, this isn’t a sequel to Brad Pitt’s “7 Years in Tibet,” although it probably wishes it was. Remember, Focus trotted out “Thoroughbreds” last weekend in 800+ theaters and was met with lackluster response. “7 Days” is shooting for the same amount of screens, with very little marketing. I think we all know how this goes: $1.5M tops.

Featuring Rosamund Pike and Daniel Bruhl, the thriller, based on the true events of the hijacking of an Air France flight in 1976, digs deeply into the turmoil between Palestine and Israel…a standstill that exists today and has no end in sight.

Unfortunately for Brazilian director Jose Padilha, reviews have been pretty savage, as he delivers his first feature since Sony’s ill-fated “Robocop” reboot. Luckily, Padilha has Netflix’s “Narcos” to fall back on, as a producer on one of their most successful series. And I’m sure if he wanted to, he could always greenlight another “Elite Squad” film, the first two of which were extremely successful in his native Brazil.

In moderate wide release, Roadside Attractions’ “I Can Only Imagine” dreams of finding box office success. Let that pain become your inspiration. It’s in God’s hands now, as only faith-based audiences and hardcore Dennis Quaid fans can make it happen.

And expanding this weekend, after IFC’s most successful launch since Richard Linklater’s “Boyhood,” comes the comedy “The Death of Stalin” from Armando Iannucci, creator of “Veep.”

Newt Scamander is back, and so is Johnny Depp as Grindelwald. Also joining the magical cast that includes Zoe Kravitz, Ezra Miller, and Katherine Waterston, is Jude Law as a young Albus Dumbledore. Get your wands out and cue the Harry Potter fanfare.

It’s no “Waterworld 2,” but it’s the closest thing we’re gonna get this summer and looks like STX’s most promising release so far. Could find a soft spot and become a sleeper hit in a summer surrounded by oftentimes loud and obnoxious blockbusters and sequels. 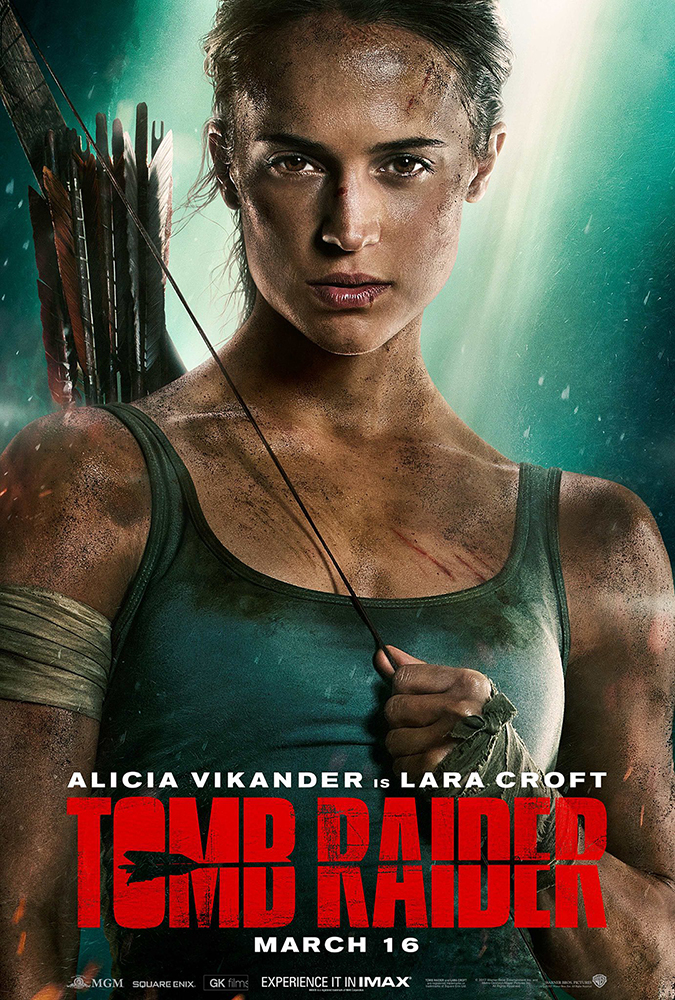