Ryan Reynolds first radiated star power back in 2002 when he arrived on the scene in “National Lampoon’s Van Wilder.” While that comedy went on to be only a minor success—$38M worldwide—it later became a cult classic in home markets, and ultimately pointed to the building blocks of which Reynolds would have future success.

Reynolds’ charisma, his charm, and his wily sense of humor is always part of the package deal with him—always has been, and, thank god, always will be.

While we saw glimpses of his comedic, chaotic brilliance in “Blade: Trinity,” Hollywood continued to try oh-so-hard to mold him into a rom-com star with “The In-Laws,” “Just Friends,” and “Definitely, Maybe.”

While studio’s science experiments occasionally worked when they teamed him up with big name stars—Sandra Bullock in “The Proposal” and Denzel Washington in “Safe House,” —he had some big time misfires with “Green Lantern” and “R.I.P.D.,” and you could just tell those movies weren’t quite suited to his particular set of skills.

Hollywood execs just didn’t know what to do with him, and not too long ago it seemed he was destined to just dim his bulb, take a paycheck, and star in films like “Self/Less” and “Woman in Gold”—don’t get me wrong, fine films, but certainly not tailor-made for his manic genius.

Luckily for all us, Reynolds and his creative cohorts stuck to their guns while pitching “Deadpool” to Fox, as they fought tooth and nail to get the deviant, adult-oriented action opus onto the silver screen.

Fox finally caved, and at the perfect time, especially since the X-Men universe was becoming stunted, toiling away with uninspired sequels, and arriving at a place that, frankly, needed more edge than a PG-13 rating could provide.

Only Christ himself has ever topped Deadpool domestically, as Mel Gibson’s “Passion of the Christ ($370M) is currently the highest grossing R-rated film, with “Deadpool” ($363M) just inches away. Will “Deadpool 2” crucify that narrative? And if so, does God still exist?

What was really amazing is that Fox spent just $58M on the original “Deadpool.” Compared to the budget for “Green Lantern,” which was $200M—or really any superhero flick for that matter—it’s easy to see that was a bargain basement price.

It’s no surprise Fox balked for so long, considering R-rated comic book films like “The Punisher,” “Dredd,” and even “Kick-Ass” failed to move the pop culture needle very much. That meant “Deadpool” would have to go at it alone, without many merchandising endorsements, as potential partners weren’t exactly sold on its prospects initially.

Now that subversive “Deadpool” memes have become more popular than the Muppets, Ryan Reynolds’ alter ego has firmly become part of our cultural lexicon, even providing public service announcements that aren’t parodies, but true PSAs meant to reach out, and actually help people.

Like Robert Downey Jr. as Tony Stark/Iron Man before him, the character of Deadpool fits Ryan Reynolds’ personality like a form-fitted spandex suit. That’s tight, yo.

“Deadpool 2: Chimichanga Nights” (not the official title, but should be) shoots into 4,200+ theaters and is expected to be even more potent than its predecessor. Let’s start the bidding at $150M, shall we?

Counterprogramming is always an option for studios, and Paramount and Global Road will happily fight for box office scraps as “Book Club” aims for the AARP crowd while “Show Dogs” goes straight for the underage minions.

“Book Club” boasts a bevy of talented older ladies—Jane Fonda, Diane Keaton, Mary Steenburgen, and Candice Bergen—all confronting aging and sexuality and their place in a landscape dominated by the exploits of  E.L. James’ tome, “Fifty Shades of Grey.”

The PG-13 film might actually have some long term success, considering “Deadpool” and “Solo” are the only two blockbusters over the next two weeks, which should leave a nice window to reach ticket-buyers who want a little less bang for their buck over Memorial Day weekend.   Or, quite possibly, the opposite of that. Depending on how you roll.

If “Book Club” can get sexy senior citizens out-and-about, it may be able to snatch $10M this weekend as it opens in 2,500+ theaters.

Meanwhile, “Show Dogs” may amuse younger families, although even on 3,000+ screens it probably won’t hit double digits—possibly $8M, maybe even less. It really just depends how many 12-year-olds buy tickets for this and then go see “Deadpool 2.”  Sneaky, sneaky.

The man. The myth. The music. The musical biography. Finally. Rami Malek nails Freddie Mercury, just like Val Kilmer did with Doors’ frontman Jim Morrison years ago, just like Joaquin Phoenix did with Johnny Cash. Should do big business this holiday season, and may just make its way up to the awards podium if it lives up to the hype.  Now if only the Bryan Singer stories would fade away.

This looks like Spike Lee’s most commercially accessible work since “Inside Man,” and maybe his most potent since “Do the Right Thing.” Expect great performances all the way around from Adam Driver, Topher Grace, and a chip off the old Denzel block, his son, John David Washington in a star-making performance. Expect him to take the reins of “The Equalizer 3” soon.

Was so looking forward to Shane Black’s reboot…until I saw this. Looks like a bad early 90s thriller chiller. Oh well, expect another reboot in 3-5 years. 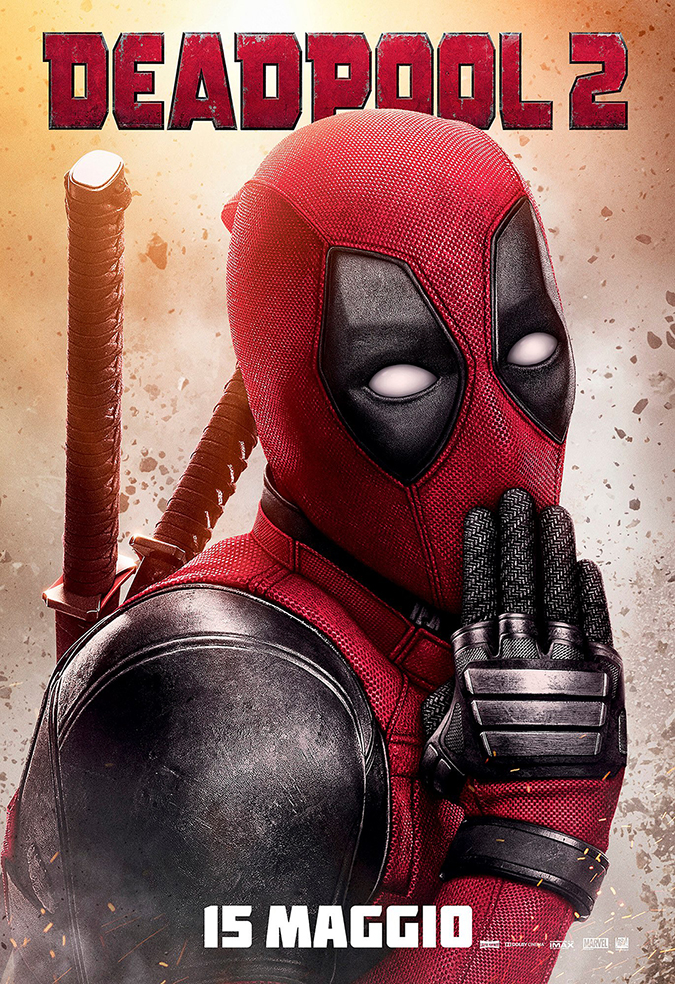