With auteurs like Alfonso Cuaron, the Coen Brothers, and soon Martin Scorsese—just to name a few—lured down the rabbit hole of streaming services, aka Netflix Nation, is it any wonder many denizens of Hollywood are a bit wary regarding the state of independent film and its continued place in multiplexes?

Personally, I hope there’s always a place for thought-provoking, genre-defying, and offbeat films that dare to be different. Films that pack a wallop emotionally, that challenge the status quo, that refuse to kowtow to the superhero spandex alliance.

While it’s true that most indie flicks don’t really get their wings until late in the year, we’re already in the second week of December and have yet to see a true indie drama breakout like we had last year with “Lady Bird,” “Three Billboards,” “The Shape of Water,” and “Darkest Hour.”

And unfortunately, we’ve had plenty of aborted box office launches in the indie realm, including “Beautiful Boy” ($7M),  “Can You Ever Forgive Me?” ($6M), “Boy Erased” ($5M), “Suspiria” ($2M), and “A Private War” ($1M)—the only real success story, Fox Searchlight’s “The Favourite,” expands this weekend, but certainly has a box office ceiling, as most period pieces do.

That’s also true of the other three indie flicks set to debut this weekend: Neon’s “Vox Lux,” Focus Features’ “Mary Queen of Scots,” and Roadside Attractions’ “Ben is Back.”

All are R-rated, and each feature performances by Oscar darlings. “Vox Lux” stars Natalie Portman, who won Best Actress in “Black Swan.” “Ben is Back” features Julia Roberts, who snagged a golden boy for “Erin Brockovich.”  And “Mary Queen of Scots,” features a double bill tour de force of acting featuring Margot Robbie and Saoirse Ronan, who were both nominated last year for “I, Tonya” and “Lady Bird” respectively, but ultimately lost out to Frances McDormand in “Three Billboards.”

Could we be seeing a preview of Academy Award nominees this weekend? I don’t think that would shock anyone, considering the talent involved. The big question is—how will audiences receive these films at the box office?

Sure, the new batch of indies all have solid critical ratings—hovering around 80% fresh on Rotten Tomatoes—but is that enough in this golden age of streaming… where dramas and period pieces are a dime a dozen on Netflix, Amazon, Hulu, and dozens of other palm-of-your-hand platforms?

That’s the competition, no doubt, and Netflix is certainly pushing that agenda, roping in some of the best talent working today. And, really, is that such a bad thing that they’re paying top dollar for top tier directors?

Is it really so awful that they’re laying the groundwork for independent films to always have a home? As far as filmmaking goes, and general audiences, that’s a positive thing.

It’s the cinephiles that may take issue with it, as Netflix is not only NOT reporting grosses, but only showing their films exclusively, without a traditional marketing push, and not giving much of a window at all—at most a couple weeks, some not at all.

Thing is, they don’t bow down to traditional Hollywood hierarchy. They’re trailblazing a new path that caters directly to its subscribers—and have direct, real-time analytics to tell them if a film is paying dividends. Mark my words: if Cuaron, Coen Brothers, Scorsese, or other top tier talent double down, Netflix would appear to be in the indie game for the long haul.

For the second weekend in a row, multiplexes will be devoid of new wide releases, which leaves “Ralph Breaks the Internet” to threepeat, and “The Grinch” and “Creed II” fighting over the leftovers.

Universal is attempting a throwback, dropping the 25th anniversary re-release of Spielberg’s Oscar-winning, “Schindler’s List.”  Why? Well, for one thing, it perfectly coincides with Hanukkah this year.

Still, part of me wishes they took this a step beyond and replaced the girl in the red coat with Deadpool–you know, to get the kiddies interested.

Natalie Portman and Jude Law are featured in Neon’s “Vox Lux,” with Portman starring as a fictional pop diva. Unfortunately for the filmmakers–or maybe fortunately–“A Star is Born” and “Bohemian Rhapsody” have already rocked audiences hard, and Neon may be a little late to the disco.

Josie Rourke makes her directorial debut with Focus Features’ “Mary, Queen of Scots.” One potential drawback is the fact that it didn’t receive any awards love from the Golden Globes this week, and that could translate to subpar box office, as it needs sizable critical buzz to propel audiences to seek this film out.

Focus is on the exclusive track, lording it over just four theaters this weekend.

Peter Hedges directs his son Lucas Hedges in “Ben is Back”; he plays a drug addict returning home for Christmas, with Roberts co-starring as his mother.

Could it be, we finally have the antidote for Hallmark’s vast array of holiday cheer? Might be a bit of a stretch there. Those feel-good flicks are the reason for the season for a lot of folks. People like to feel good when serving up their sugar plums. Depressing Christmas tales are pretty humdrum this time of year.

And with the lack of success Amazon had with Steve Carell and Timothee Chalamet treading similar territory with “Beautiful Boy,” it’s doubtful audiences will unwrap this gift.

What can you say? This looks great. Sure, it’s a broken record, but Marvel just keeps making superhero flicks that everyone can dance to. 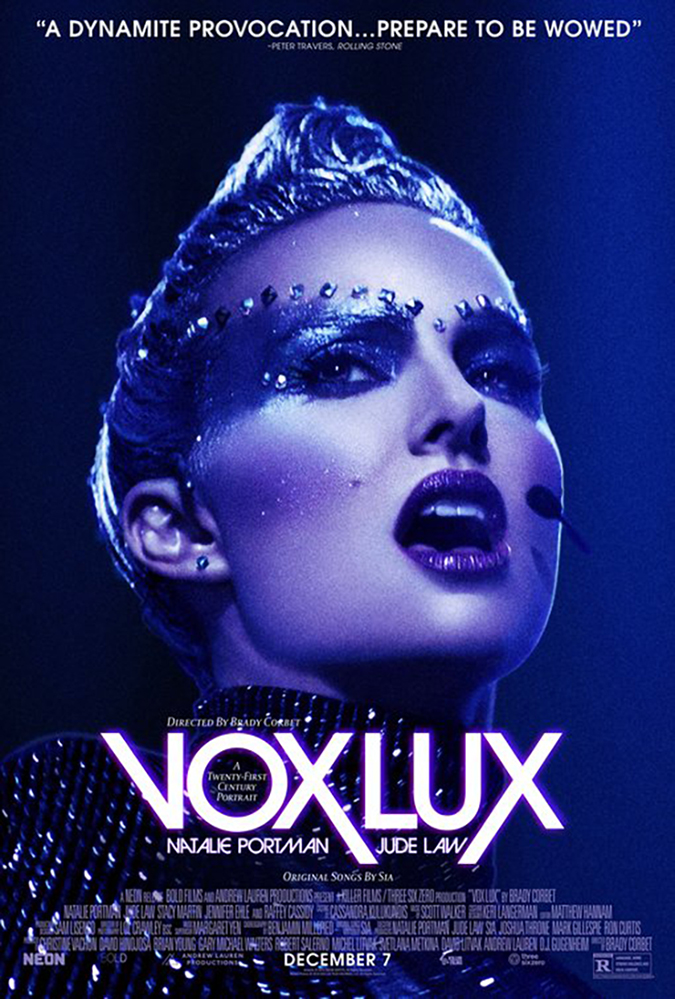 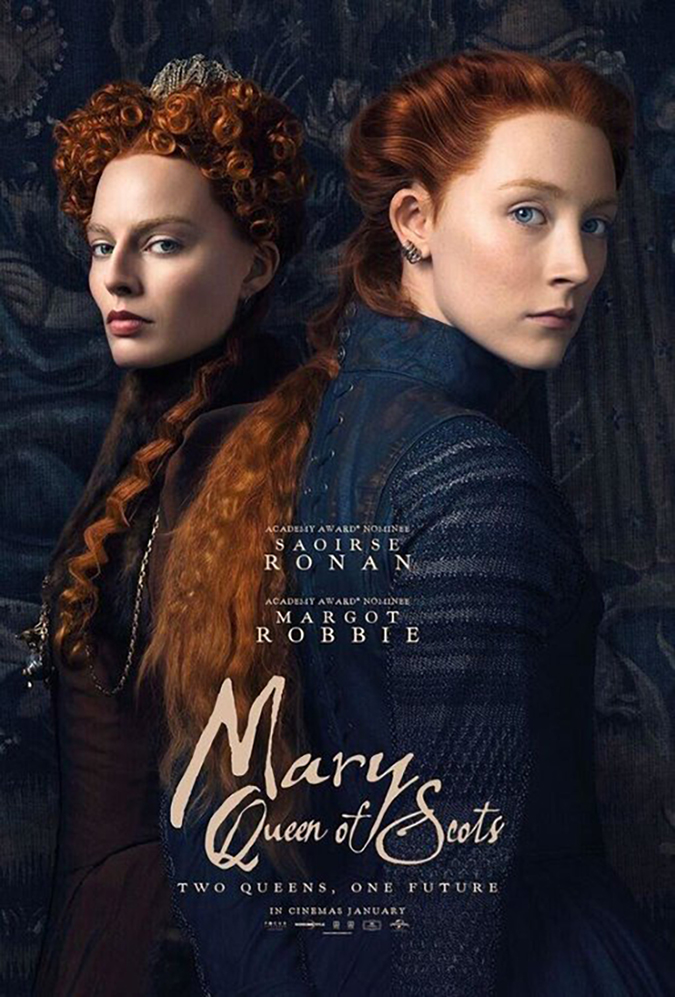 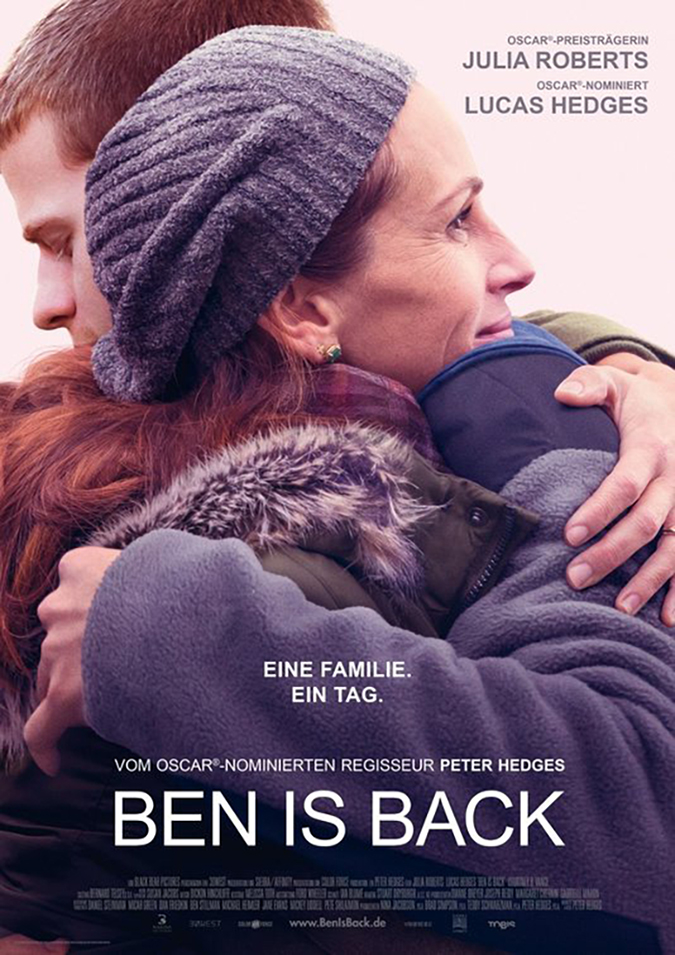 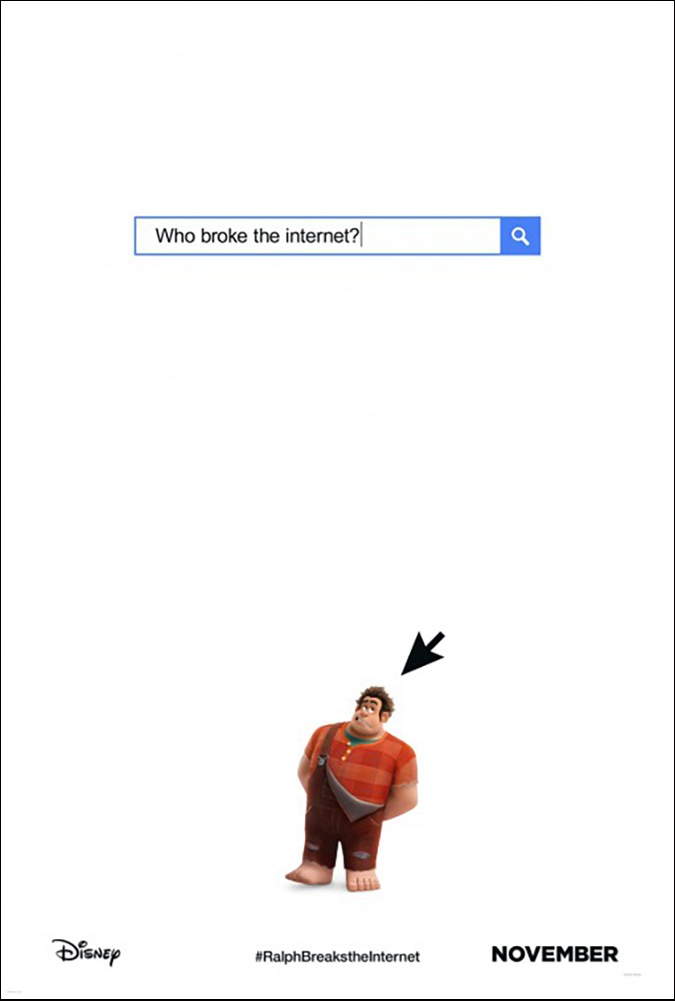